Ori Menashe’s confited okra dish was inspired by his experience of peeling 240 artichokes a day when he worked at Angelini Osteria. Photo by Nicole Franzen.

Chefs Ori Menashe and Genevieve Gergis said they were born into the concept of Bavel, their Middle Eastern restaurant in the Los Angeles Art District, pulling on memories with Palestinian, Moroccan, Egyptian, and Israeli flavors. Menashe knew that once he perfected his pita, they were ready to open a second restaurant, the first being the wildly popular Bestia. With small mezze plates, many of their dishes cater to non-meat eaters, including confited okra and mushroom kebabs. To finish, Gergis uses sweet cheeses, dried fruits, nuts, and spices in her desserts. Fans of the duo can now make the cravable dishes at home from their eponymous new cookbook, “Bavel.”

Every Friday night, my whole extended family used to get together at my grandmother’s house for Shabbat dinner. Most times there were twenty-one of us—eleven kids and ten adults—and somehow she would always manage to have everyone stuffed and happy. There ’d be platters of stuffed cabbage leaves and beef braised with onions, and in the summer, you could always expect a dish of okra to be on the table. My grandmother had great instincts and knew how to pick exactly which okra at the market were less sticky and slimy. Then she ’d pan-fry them, cover them with a tomato base, and bake them low and slow for a long time.

The okra I serve at Bavel is loosely inspired by my grandmother’s but also by a dish that Gino Angelini served at his L.A. restaurant, Angelini Osteria, where I worked for many years. He would confit artichokes in olive oil along with onions and parsley, and in the end, the artichokes tasted like themselves, only amplified. My dish is made with okra and more Middle Eastern aromatics, including mint, cilantro, ginger, and turmeric, but like Gino’s artichokes, the flavor of the okra is ultimately intensified. I serve the okra over whipped feta to add a bit of acidity and creaminess to this peak summer dish.

-In a medium saucepan off the heat, add the diced onion, green onion, parsley, cilantro, mint, garlic, turmeric, ginger, cumin, and lime. Mix to combine. Add the okra to the saucepan in an even layer and season with the kosher salt.

-Fit the pan with a candy thermometer and add the oil. (Because the okra is sitting on the bed of onions, herbs, and spices, it won’t be completely submerged at first.) Transfer the saucepan to the stovetop on high and heat until the oil comes to a boil, about 5 minutes. When the oil reaches a temperature of 210°F, decrease the heat to a simmer, cover, and continue to cook on low for about 10 minutes. Check for doneness every few minutes until the okra is fork-tender but not too soft. (Exact timing will vary depending on the size and freshness of the okra.) Remove the saucepan from the heat and let it sit, covered, for 5 minutes. (The okra will continue to cook while it sits in the oil off the heat, so be careful of overcooking.) Remove the lid and let cool to room temperature.

-When ready to serve, evenly spread the whipped feta on the bottom of a plate. Drain the okra and place on top of the feta in an even layer, piling more okra on top of each layer, almost like a pyramid. Top with the mint, lemon juice, and Marash. Add Maldon salt to taste.

-You can use the leftover infused oil for roasting vegetables or any other way you like.

Good feta cheese is a wonderful thing, but the truth is there’s also a lot of really bad feta out there—dry, crumbly, and harshly acidic. Whipping in some crème fraîche transforms even mediocre feta into a creamy, light spread without any of that aggressive chalkiness. Look for feta that is still in the brine. My favorite is Valbreso brand, which you can find in many stores.

-In a small bowl, stir together the feta and crème fraiche until evenly combined and the consistency is similar to cottage cheese; do not overmix. Use immediately or store in an airtight container in the refrigerator for up to 3 days.

When I was twenty-one, I spent six months traveling with friends across South America. We would snowboard all day, party all night, and I’d cook meals for everyone in between. I loved it, and that was one of the first times I remember thinking that I wanted to be a chef. While I was in Argentina, I made friends with some locals, who would sometimes take us for Argentinian barbecue. It would take forever to cook the meat because they kept it far away from the fire, but in the end, the meat was super smoky and juicy—really different from the fast and hot grilling I had been used to.

The first time I tasted this mushroom dish while creating recipes for Bavel, it actually reminded me a lot of the meaty smokiness of Argentinian barbecue. I season the mushrooms with a little sumac and elevate them almost 6 inches away from the heat to cook slowly, absorbing all that great charcoal flavor, and in the end, they’re as juicy, smoky, and almost as meaty as tender costillas. I serve them atop a bright puree of lovage, a minerally, almost salty green that tastes like a mix between overgrown parsley and celery leaves—or in colder weather, over stinging nettles—with a little crème fraîche, for a complex, satisfying vegetarian dish. 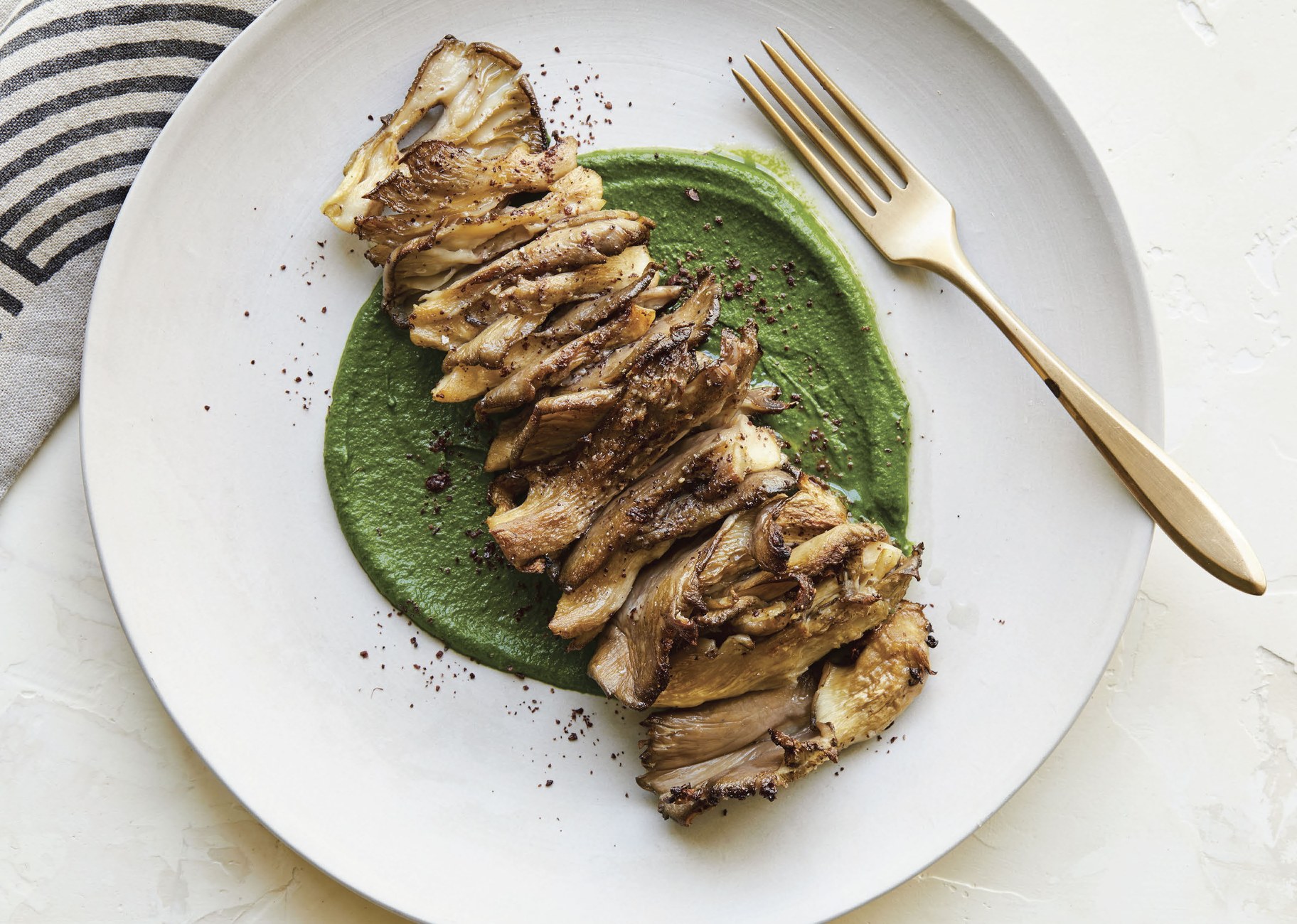 Menasche created his mushroom kebab to avoid waste of the ingredient from other dishes. The smokiness of the mushroom imparted by the grill caused his cooks to dance, which was a sign for Menashe to put it on the menu at Bavel. Photo by Nicole Franzen.

-Slice the mushrooms off the cluster, leaving a very small amount of stem intact. Using a metal or soaked wooden skewer, thread the mushrooms through the stem, gill-side down, alternating the tops of the mushrooms from left to right, so they cook evenly. You should end up with two full skewers with about fourteen mushrooms on each.

-Brush the mushrooms with a generous amount of oil to coat, making sure to oil the gills. Then lightly season with the salt, pepper, and 1⁄2 teaspoon of the sumac per skewer.

-Place the mushrooms directly on the grill and cook, flipping the skewers every 2 minutes, for 8 to 14 minutes total, until the edges start to curl and brown, the mushrooms have shrunk significantly, and the stems are soft to the touch. The water will drip from the mushrooms onto the coals to create the smoke that will give them that smoky flavor.

-When ready to serve, spread the lovage puree evenly over the center of a plate. Lightly dust the puree with the sumac and place the mushroom skewers on top.

Note: Make sure to season the mushrooms only lightly with salt; they shrink a lot when they cook, concentrating the salty flavor. You can always add a bit of finishing salt at the end.

-Bring 8 cups of the water to a boil in a large pot and fill a large bowl with ice water. Blanch the lovage in the boiling water for 2 minutes, then add the spinach and blanch for an additional 2 minutes. Using tongs, remove the greens from the pot and place in the ice water to shock for 2 to 3 minutes, until they are cool enough to handle. Using a colander or fine-mesh sieve, drain the greens, removing any ice. Using your hands, form the greens into a ball, squeezing out as much water as possible. Then place the squeezed greens in a kitchen towel. Wring out the kitchen towel until you remove as much liquid as possible and the greens are almost completely dry.

-Place the greens in a blender and add the turmeric, garlic, salt, crème fraîche, whey, cardamom, and the remaining 3 tablespoons water. Mix on high speed, stopping to scrape down the sides when necessary, until the mixture is smooth. If the mixture won’t fully blend, add a little more water. 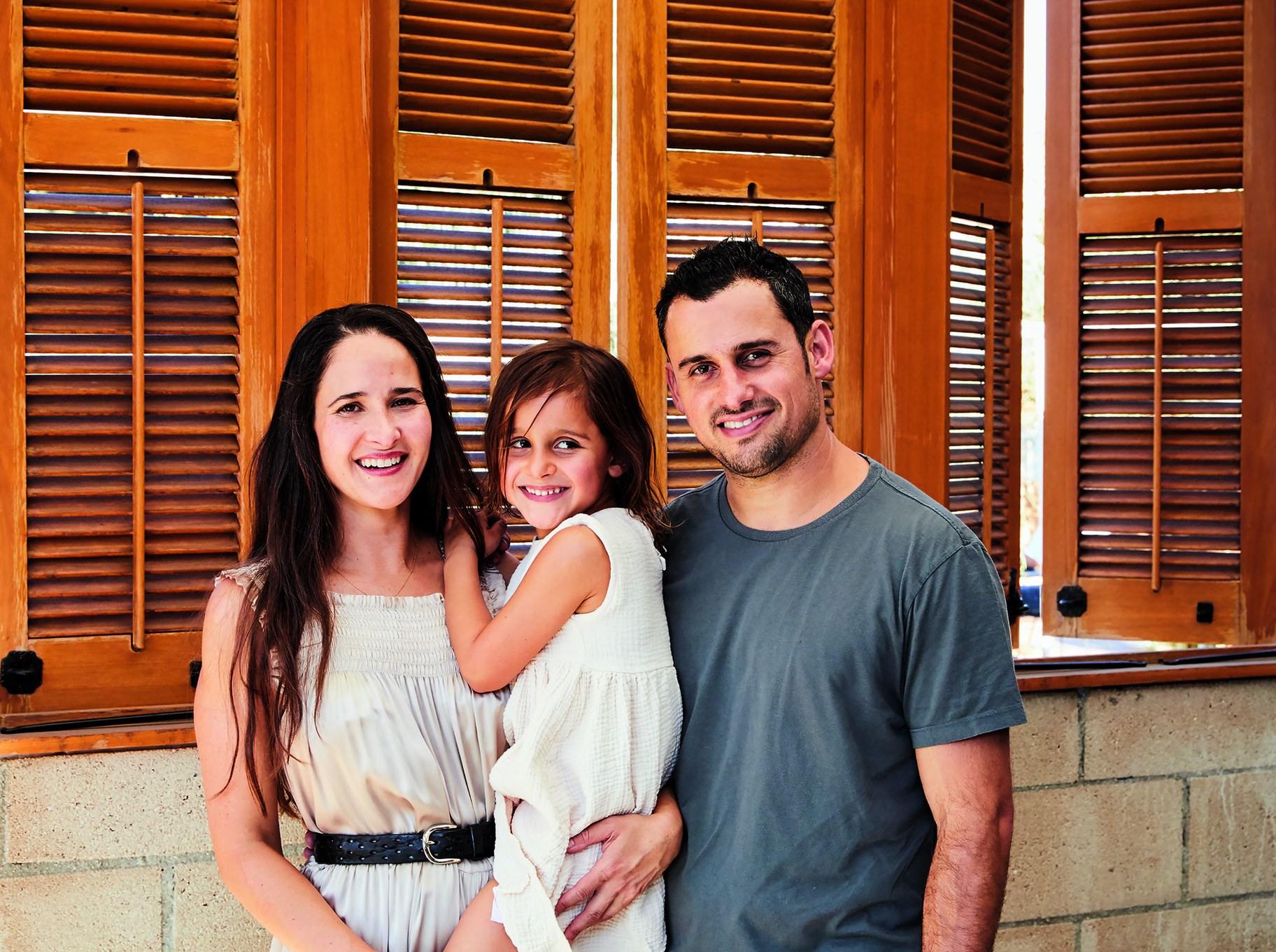 With their busy restaurant, Bestia, and their daughter, Saffron, on the way, Genevieve Gergis and Ori Menashe decided to open Bavel as a wave of modern Middle Eastern restaurants gained popularity in the U.S. Photo by Nicole Franzen. 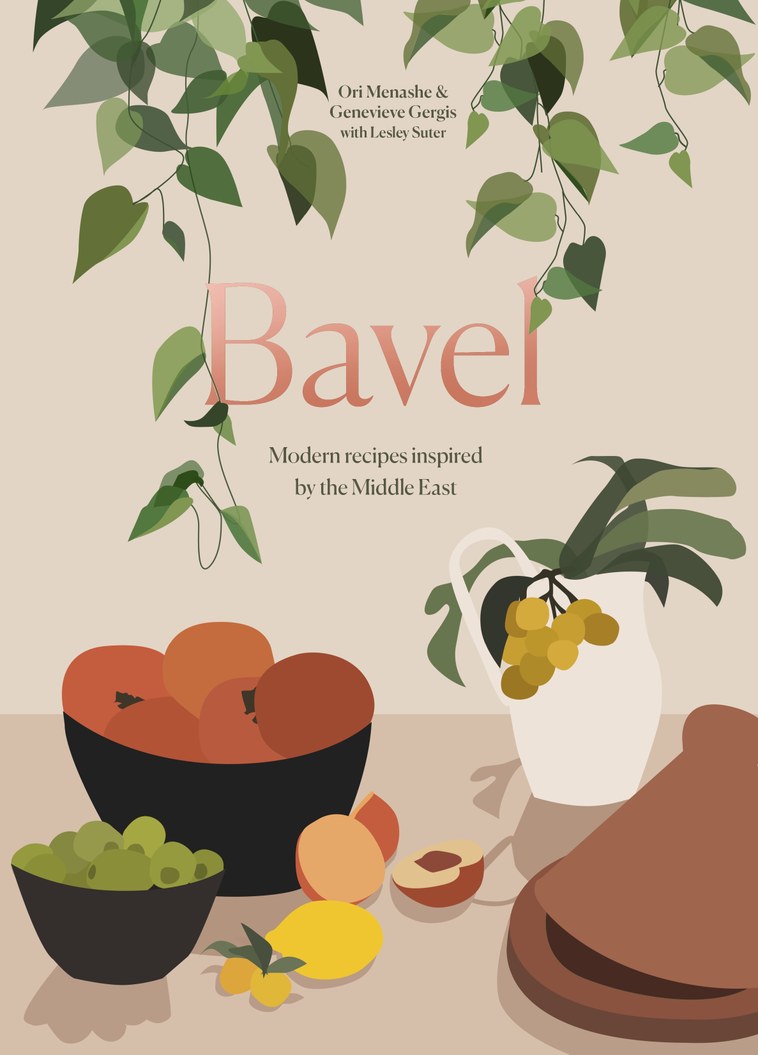 In their new cookbook, Ori Menashe and Genevieve Gergis share recipes for the dishes they serve at their restaurant, “Bavel.” Photo courtesy of Ten Speed Press.

Chefs Ori Menashe and Genevieve Gergis said they were born into the concept of Bavel, their Middle Eastern restaurant in the Los Angeles Art District, pulling on memories...

Florence Falk was just one “radio homemaker” who broadcast recipes, household tips, and stories of life on the farm to a hungry audience. Photo courtesy of Iowa Women’s...

“Nonstick pans are not a ‘one size fits all’ kitchen pan,” says TASTE senior editor Anna Hezel. The technology behind nonstick is a century in the making and is constantly...

Many countries and cultures across the world make a conscious effort to use the whole animal in cooking. Australian chef Josh Niland would love home cooks to see fish as...

Ripening off the vine: melons are at the market

Market correspondent Gillian Ferguson catches up with Alex Weiser of Weiser Family Farms , who has become as known for his melons as he has for his potatoes.

In the “Little Arabia'' neighborhood of Anaheim, Middle Eastern restaurants are plentiful. Opened during the pandemic, House of Mandi serves traditional Yemeni cuisine.