In America’s heartland, home baking is a beloved tradition Cookbook author Shauna Sever grew up in the Midwest, where there’s a vibrant culture of home baking. But it wasn’t something she fully appreciated until she moved back home after being away for some time. Sever is the author of a new book about the “all-american” traditions of American baking. It’s called Midwest Made. 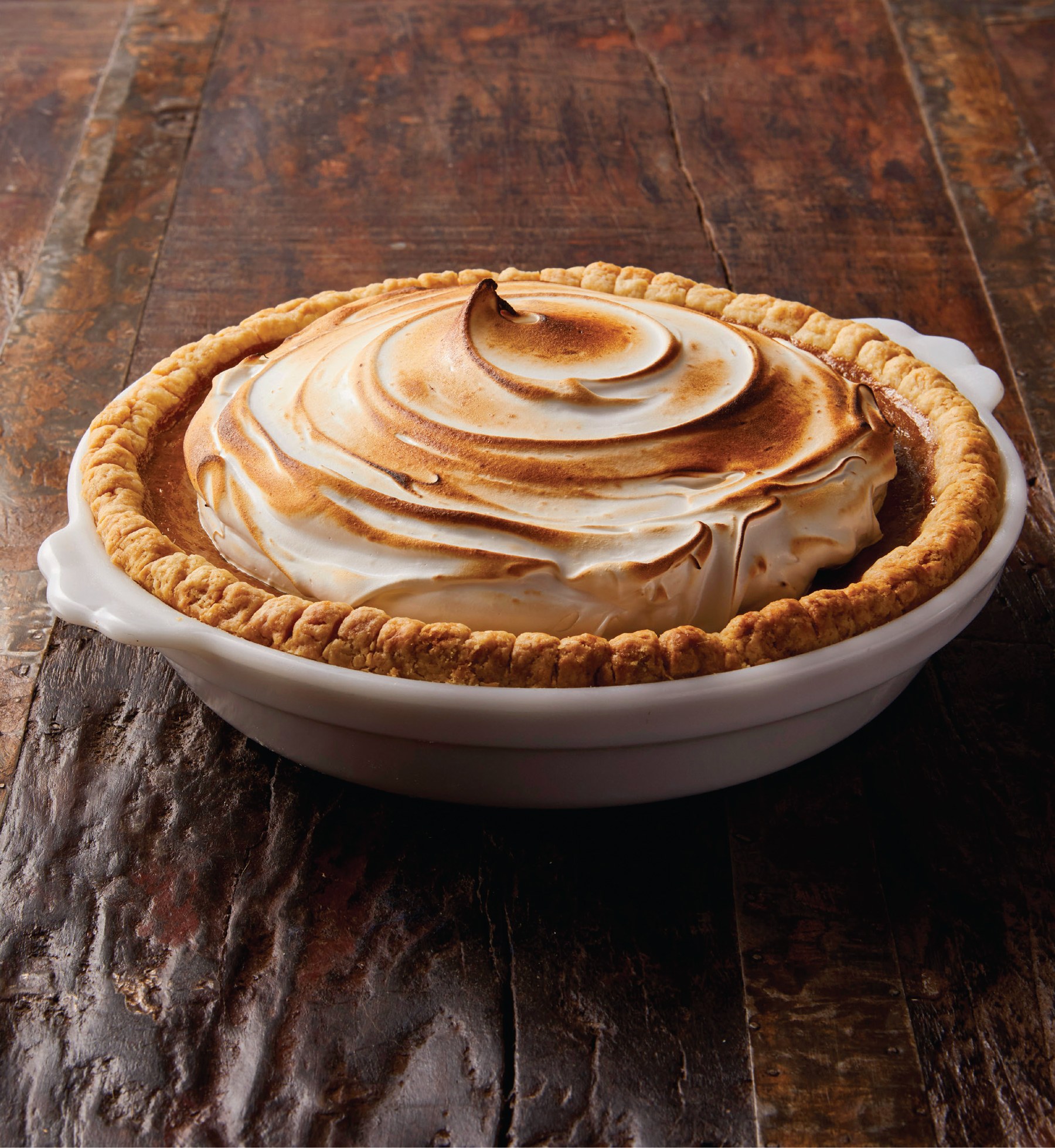 Like cilantro and circus clowns, pumpkin pie can be quite polarizing. Some take a hard pass, whereas others can’t imagine cold-weather holidays without it. My earliest pumpkin pie memories involve trying not to stick my fingers in a store-bought Mrs. Smith’s pie on Thanksgiving Day, baked from frozen that morning and cooling on the washing machine in the tiny laundry room off the kitchen at Gramma’s house, while the rest of the Thanksgiving meal was prepared. By the time dinner was finished and the desserts rolled out, I was more interested in stealing spoonfuls from the Cool Whip tub next to the pie than I was in the pie itself. I became a late-in-life pumpkin pie convert, especially the homemade kind (no offense to Mrs. Smith), and have grown to love the simplicity and warming spices in an amber slice at the end of a celebratory meal.

A swooping, marshmallow-y Italian meringue topping manages to feel as luxurious as whipped cream but is free of fat, which balances nicely with a rich pumpkin custard. Italian meringue holds particularly well, so it can be made several hours ahead of time and transported easily if you find yourself in pumpkin pie duty for a gathering, and you get to wow the crowd as you torch it just before it hits the dessert buffet.

Pie crust purists will likely object, but I’m a big believer in using a food processor for pie crust making. If you don’t overdo it, it just doesn’t get any easier or faster.

We’ve all heard a thousand times that keeping the fat as cold as possible is the key to great pie crusts, and that’s certainly a great tip. But I add a few pinches and splashes that I consider insurance, for when the kitchen is hot or I’m distracted by any number of children or things.

Vinegar is great for tenderness: I like red wine vinegar, but cider vinegar is good, too. A little pinch of baking powder makes a flakier crust a little more foolproof in case you happen to overwork the dough (happens to the best of us). For a crust with a savory filling, I include the smaller amounts of sugar as listed here for flavor and browning. For sweet pies, use 1 or 2 tablespoons, as you like.

SPECIAL NOTES > Pat the finished dough into a round disk before wrapping and chilling to make rolling it into a circle later much easier.

SPECIAL NOTES > Divide the dough in half before shaping and wrapping. For a lattice top, make one disk slightly larger for the bottom crust.

SPECIAL NOTES > Make the dough in 2 batches (2 recipes of the doubled recipe, left), for the top and bottom crusts. Shape and wrap each batch separately.

METHOD: In the bowl of a food processor, combine the flour, sugar, salt, and baking powder. Pulse a few times to blend. Sprinkle half of the butter pieces over the dry ingredients. Process until the mixture resembles cornmeal, about 15 seconds. Add the remaining cold butter and pulse about 10 times, until this batch of butter cubes is broken down by about half.

In a measuring cup, combine the water and vinegar. Add about three quarters of the liquid to the bowl. Pulse about 10 times, or until the dough begins to form a few small clumps. Test the dough by squeezing a small amount in the palm of your hand. If it easily holds together and your palm isn’t dusty with floury bits, it’s done. If not, add an additional ½ tablespoon of vinegared water and pulse 2 or 3 more times. Repeat this process as needed just until the dough holds together. Turn out the mixture onto a work surface. With a few quick kneads, gather the dough into a mass. For a single crust, pat the dough into a disk, wrapping tightly in plastic wrap. For double crust, divide the dough in half and shape into disks. For 2 slab crusts, shape each half of the dough into a 5 x 8-inch/12.5 x 20 cm rectangle. Refrigerate for at least 2 hours before rolling.

TIP > The dough will keep tightly wrapped in the fridge for up to a week, and in the freezer for up to 6 months. 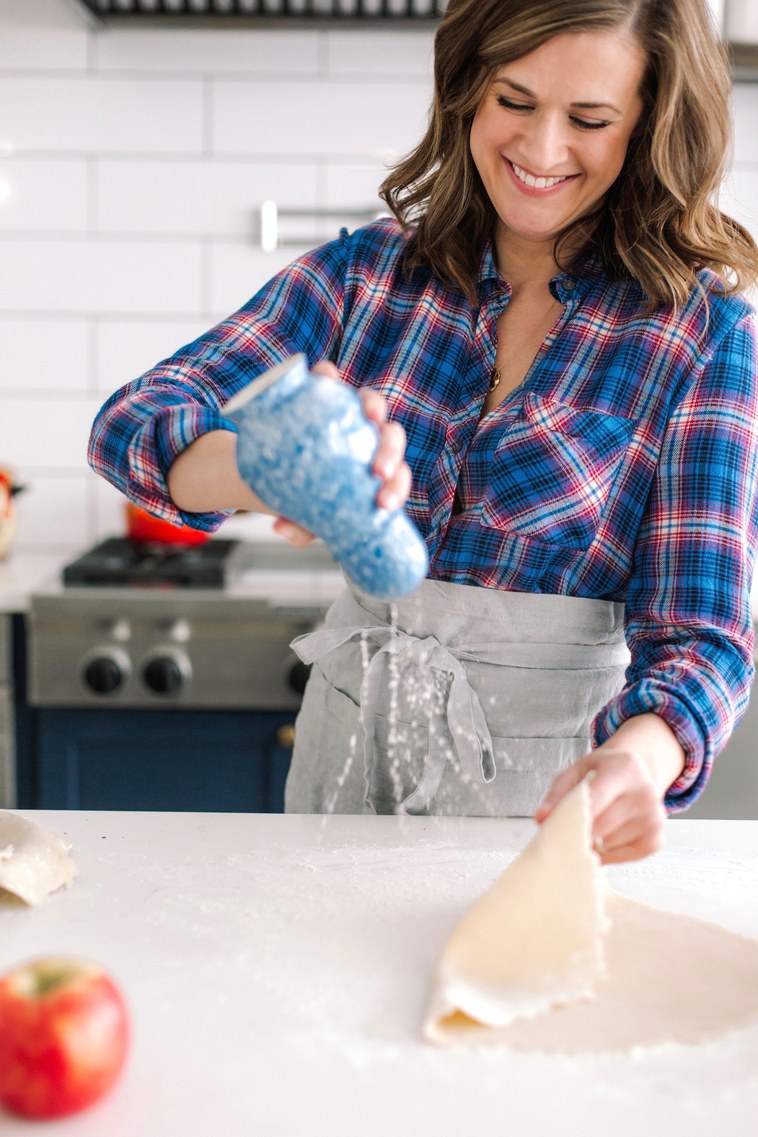 Plenty of meringue pie recipes have you make a French meringue as their toppings—the type where egg whites are whipped and granulated sugar gradually added until you get a stiff, glossy meringue. The problem is that this meringue is far from foolproof and all too often ends up grainy, weeping on you, or collapsing. We deserve more certainty from our meringue, I’d say.

My choice for pie topping is Italian meringue. This type of meringue takes a little more doing, but the payoff is its stability—it holds, swoops, and peaks like a dream. Because it’s “cooked” by the hot sugar syrup, no further baking is required. For pies, I get a nice controlled toast on it with a kitchen torch, or leave it as is for a silky, fat-free alternative to whipped cream for rich pies that could use a creamy but lighter topping. For the occasional moments that one makes a meringue pie, I say go for the sure thing. 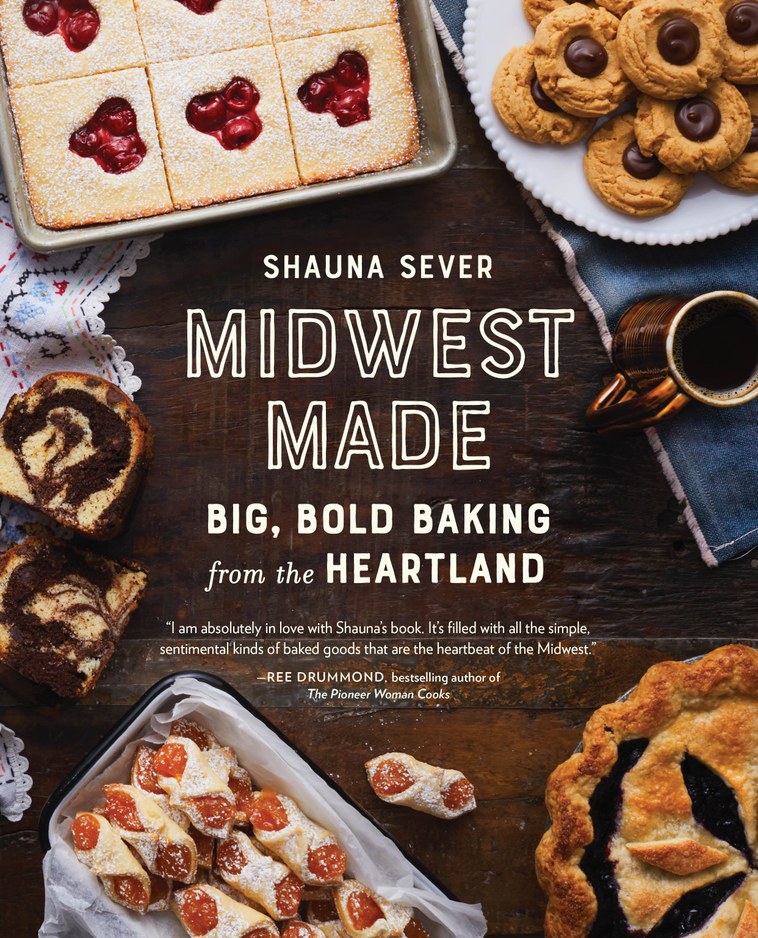 In America’s heartland, home baking is a beloved tradition

Cookbook author Shauna Sever grew up in the Midwest, where there’s a vibrant culture of home baking. But it wasn’t something she fully appreciated until she moved back home...

After 85 years, Poilane remains a household name in baking

In 2002, Apollonia Poilane took over her family’s famed bakery in Paris following the tragic death of her parents in a helicopter crash. At the time she was an 18 year old...

Tips and tricks for having a great vegan Thanksgiving

Let’s say you’ve recently gone vegan, or you know someone who has. Perhaps Thanksgiving dinner seems like a puzzle to be solved. What if you love all the classic dishes but...

“Thanksgiving is a chance for pecans to get their due,” says Market Report correspondent Gillian Ferguson. She’s back at the Santa Monica Farmers Market this week for some...

With its sprawling menu, the Vietnamese restaurant Brodard in Fountain Valley caters to all kinds of cravings, from soup noodles to rice plates.