¡Ask a Tortilla Tournament Judge!: What’s the best way to heat a tortilla? The secret to a perfectly warmed tortilla? The time-tested comal. Photo via Arlette Lopez/Shutterstock.

Welcome to ¡Ask a Tortilla Tournament Judge!, the world’s premier column on all things tortilla. Each week throughout the 2021 Tortilla Tournament of Champions , judge Gustavo Arellano will take your most burning (but never burnt) tortilla questions. Grab your butter and salsa macha, because things are about to get caliente.

When making tacos, what’s the best way to heat up tortillas? Microwave or oven or stovetop or some other way I haven’t tried?  Whatever I try, it’s never as good as tacos from a truck or a shop. Any hints?

The optimal way is on a cast-iron comal — the flat top griddle Mexicans and Central Americans have used to heat their tortillas for over 2,000 years. Tortillas need a direct, flat heat you can monitor with a quick flip that a microwave or conventional oven never can nail. You also want your tortillas to have a bit of char to taste. I like my corn tortillas to have actual burn marks — they concentrate the masa flavor even more — but want my flour tortillas only toasted the slightest bit. Any further and the flour tortilla turns into a mess of shards.

But don’t feel bad if your tortillas for tacos never taste as well as those from a lonchera or restaurant. Who knows what kind of magic they’re working on their comales or grills. On that note, an easy hack is to dip your corn tortillas in manteca or butter before heating them up — lard don’t lie! 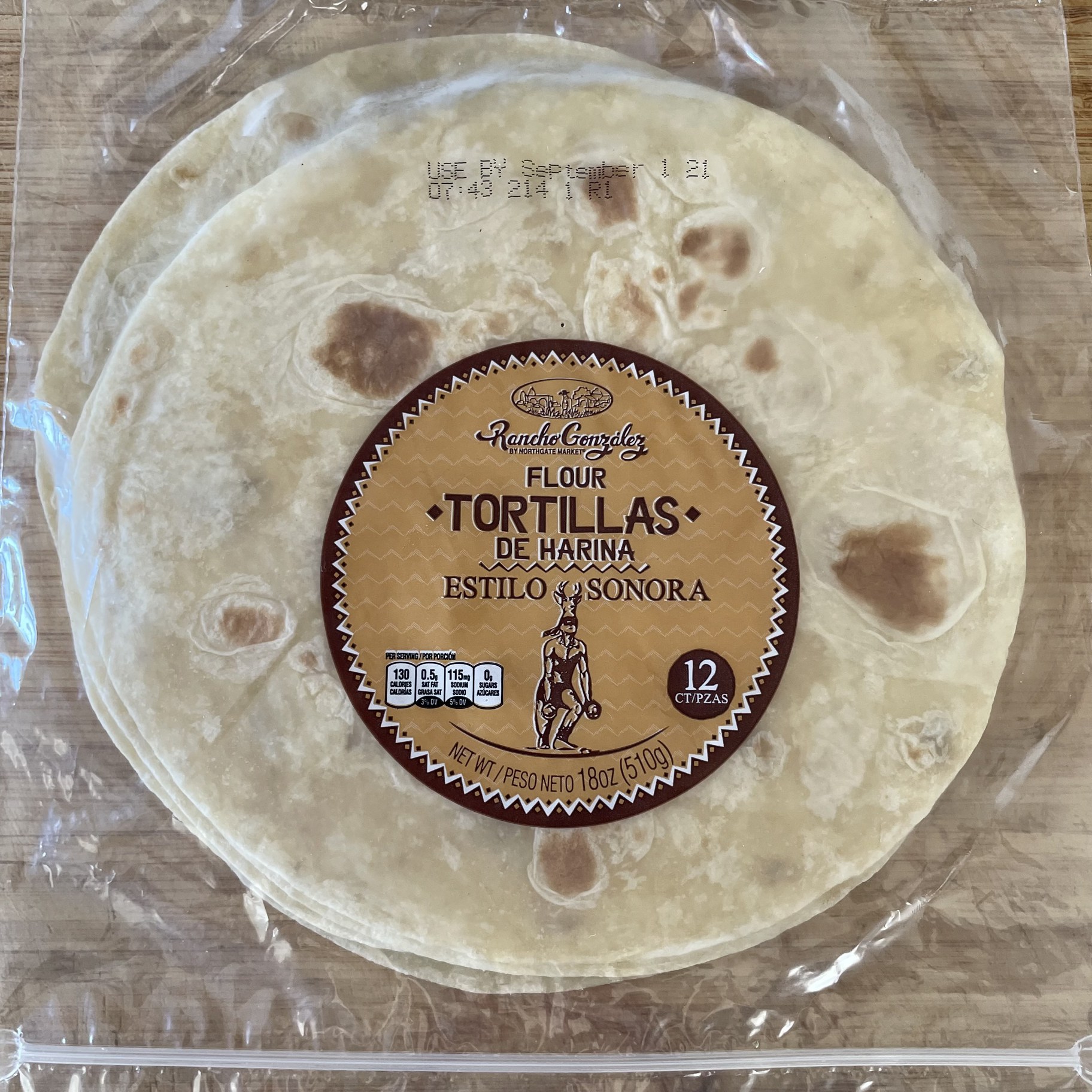 Sonora-style tortillas from Northgate Gonzalez Supermarket, which has locations across Los Angeles and Orange counties. Photo by Gustavo Arellano.

I am looking for a flour tortilla so thin and buttery you can practically see through it. Flaky. Delicious. Several hundred calories a piece. And sold in packages. It would just be a tease to only be able to get them at a restaurant.

I am plagued by puffy, thick flour tortillas and can't seem to find anything better than what Northgate serves up — which are fine, satisfactory, mediocre. They do the job, but aren't great. I will have my mother-in-law ship me tortillas from Arizona if I have to, but I refuse to believe that what I am looking for does not exist in Los Angeles. It has to.

It does! You’re looking for a Sonora-style tortilla, so I’ll direct you to El Ruso in Silver Lake (their original taco trailer in Boyle Heights is reopening soon) and Sonoratown in LA’s Fashion District. Both are run by Sonoran natives, which is what you seem to be into since you’re asking your suegra for tortillas from Arizona, which is really just an extension of Sonora. They also sell a dozen to-go, although you’re going to have to call ahead for El Ruso.

But you’re being a bit harsh on Northgate, whose tortillas I’ve enjoyed for 40 years. Their regular ones aren’t “puffy, thick” — you’re thinking of the gorditas made by Romero’s, which are delicious. And Northgate’s Sonora-style flour tortillas, which the mercado started selling in recent years, are hardly “mediocre” — you’re thinking of products by Mission, Guerrero, or Calidad, all run by Gruma, the Mexican conglomerate that’s the Thanos of the tortilla world.

First COVID, now monkeypox. When will it end? Zócalo's Connecting California May 26