Inside El Cholo: How the old-school Mexican restaurant has thrived in LA for almost a century Eighty-seven-year-old Ron Salisbury is the keeper of tortilla culture in Southern California by both pedigree and life experience.

He’s the owner of El Cholo, the 97-year-old restaurant chain that’s the third-oldest continuously operating Mexican restaurant in the United States. Salisbury, the grandson of founders Alejandro and Rosa Borquez, still remembers the days when Californio families, the kind of clans with last names that dominate the modern-day Southern California landscape — we’re talking Yorba, Sepulveda, Dominguez, and Pico, among others — would pull up to the flagship location on Western Avenue in their Packard limousines and ask for three dozen flour tortillas to go before heading off to Palm Springs for the weekend. 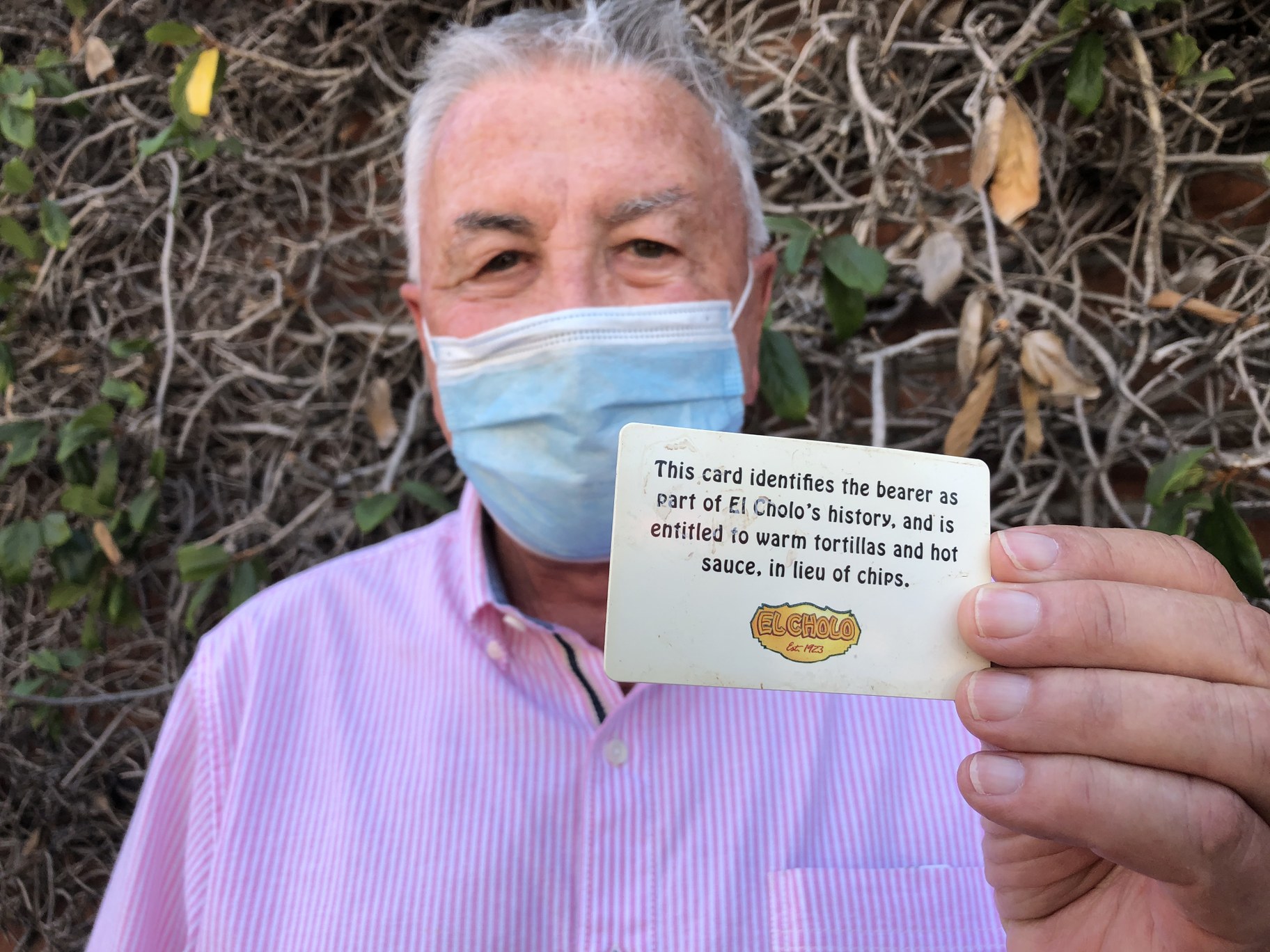 “They would tip $10 on a $7 order back then — and you gotta remember those are Great Depression prices,” Salisbury said on a recent weekday in the kitchen of the original El Cholo. He had driven up from his home in Newport Beach to Mid-City to check in on the mothership, where the dining room remains closed but now features a transformed parking lot with a patio experience worthy of a hipster Mexico City neighborhood.

As his family’s restaurant has weathered changing American tastes in Mexican food, the only constant is their homemade flour tortillas, which remain handmade from a century-old Sonoran recipe from his grandmother that calls for milk. It’s a flaky, buttery, living artifact that Salisbury vows never to leave to the vagaries of industrialization.

“Why should we?” he said with a grin. “Isn’t the whole pursuit of life perfection?” 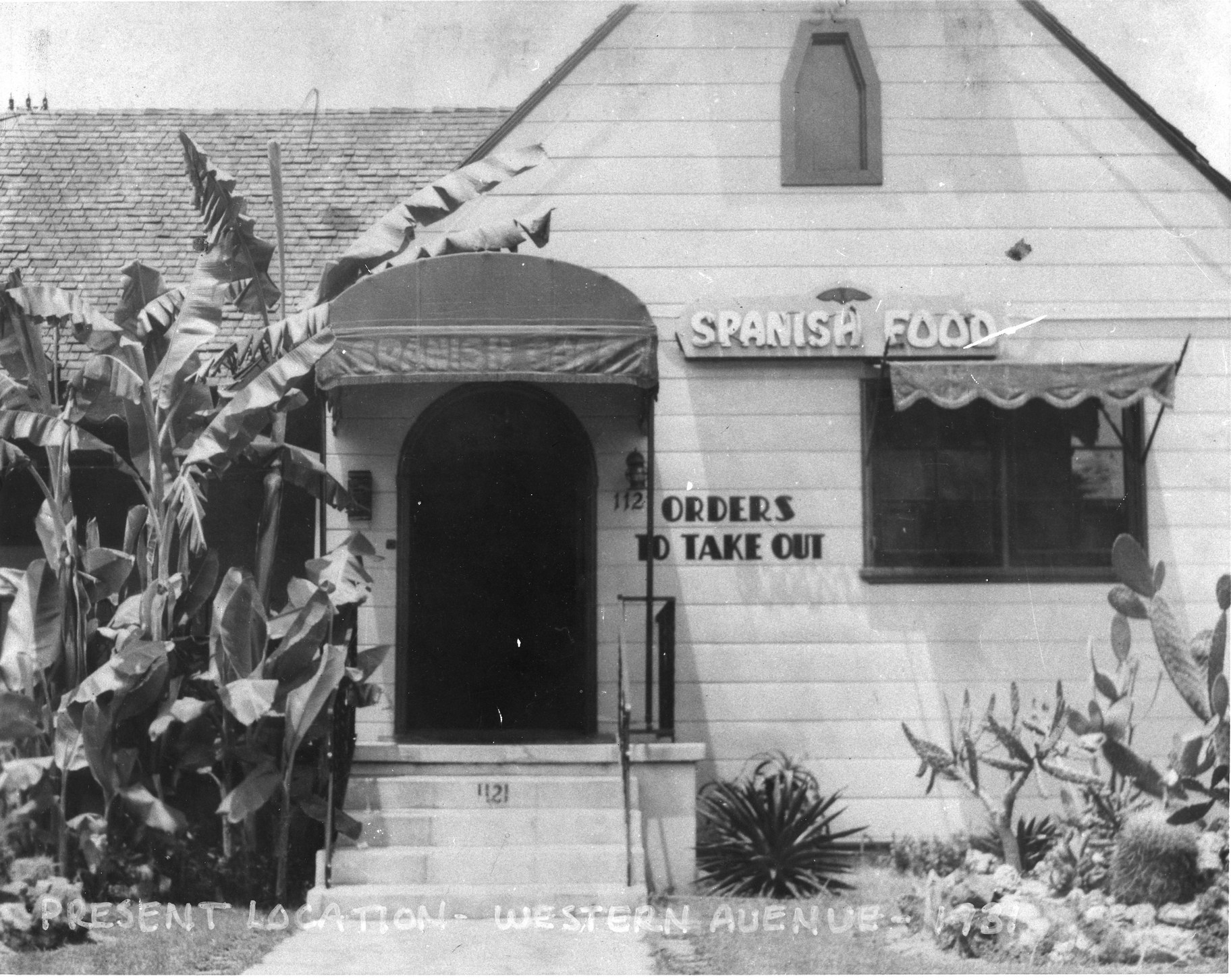 El Cholo back in the day. Photo courtesy of El Cholo

You can only order the tortilla on its own, or as part of a steak quesadilla (El Cholo uses flour tortillas from La Fortaleza in East Los Angeles for the rest of its meals). The final results taste more like a bread than any flour tortilla you’ve probably ever had. They’re shaped like an irregular circle, with a couple of brown char marks and almost as yellow as a corn tortilla because of all the dairy. They’re so big you have to fold them into fours to fit on a plate, which makes reheating them at home a bit of a challenge.

But the flavor remains: rich and buttery and simply spectacular.

The tortillas are made fresh every morning at all of El Cholo’s six locations, then par-cooked for easy reheating whenever someone does order them. At the Western Avenue branch, the tortillera (tortilla maker) honors go to Irene Mejia, who has worked there for 18 years. Every morning, she makes the masa then partitions it into a tray of dough balls about the size and shape of a partly smushed softball.

From there, Mejia uses a roller to flatten each into the shape of a huarache, then puts it on a flat top stove. Using both her gloved hands, she slowly pushes out the edges to embiggen the tortillas, flipping them about three times and letting each side cook for about 20 seconds. After a minute, they go into a stack, the better to keep them warm and cook just a little bit longer.

*How do you buy and eat tortillas in the time of coronavirus? Very carefully.

The 52-year-old Mexico City native says she can make about 75 tortillas a day. “It’s hard,” she said. “They’re bigger than corn tortillas, of course, but you also have to monitor them more closely. So I put in all the love in the world that I can.”

Salisbury looked on with pride as Mejia prepped a fresh batch.

“When this is one of your first memories, you become one with them,” he said. “You become one entity. You can’t put it off. My job is to protect what my grandparents and mother created. You can never be away from it.” 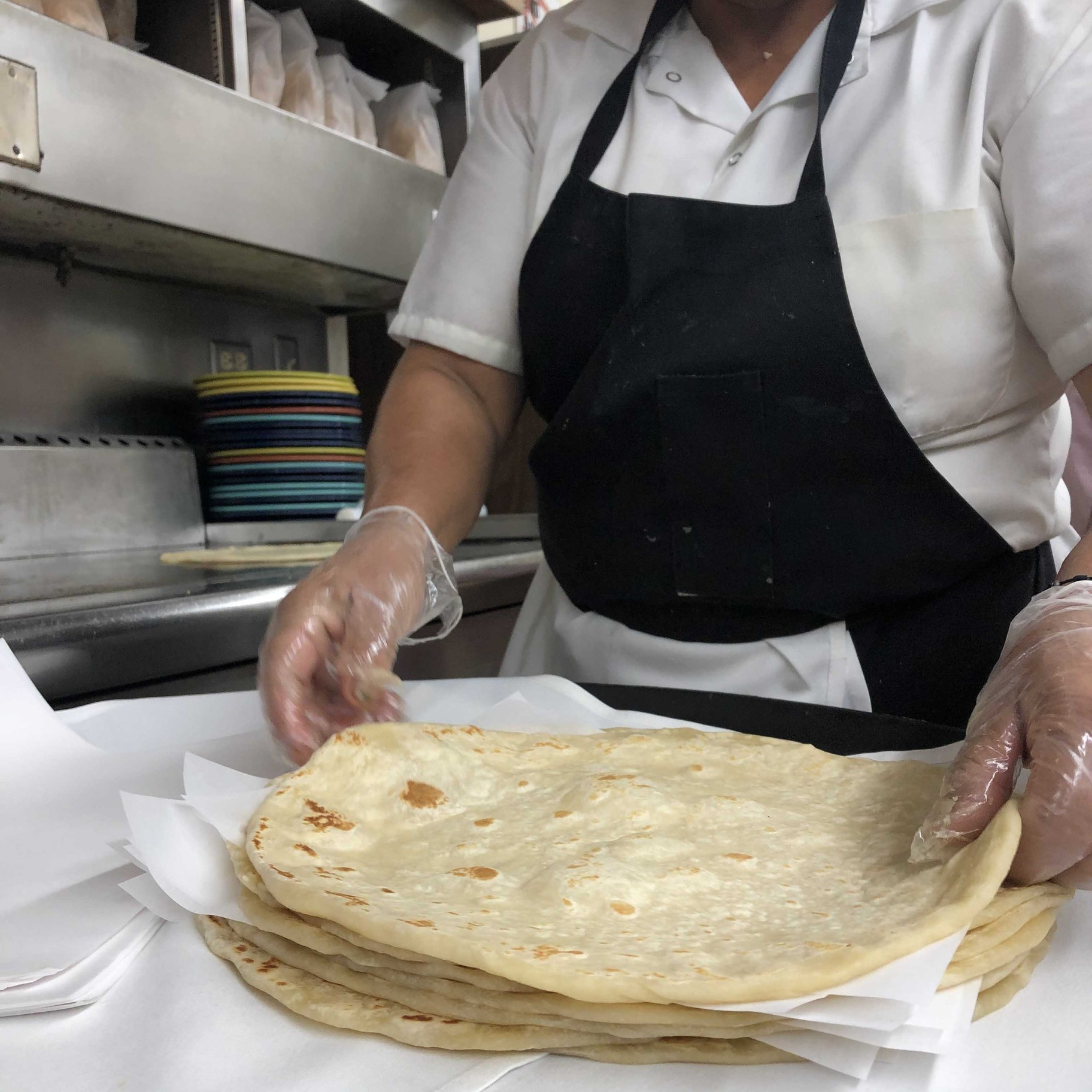 Despite their special status, Salisbury says that El Cholo’s milk tortillas have seen sales decline over the years — that’s still over 40,000 a year. They’re pricey at $2 per tortilla — far removed from the days where they went three for a dime, or a dozen for 40 cents.

He puts the blame squarely on the introduction of complementary tortilla chips to the Mexican restaurant industry.

“With a hot tortilla, you had to let it cool down a little bit, then you spread some butter and roll it up so it melts, then you began to eat it, then you would nibble and savor it,” he said, as he looked at El Cholo’s original cast-iron stove. “It was art. With chips, you just stuff yourself with it, then don’t eat anything else. And people got accustomed to that” 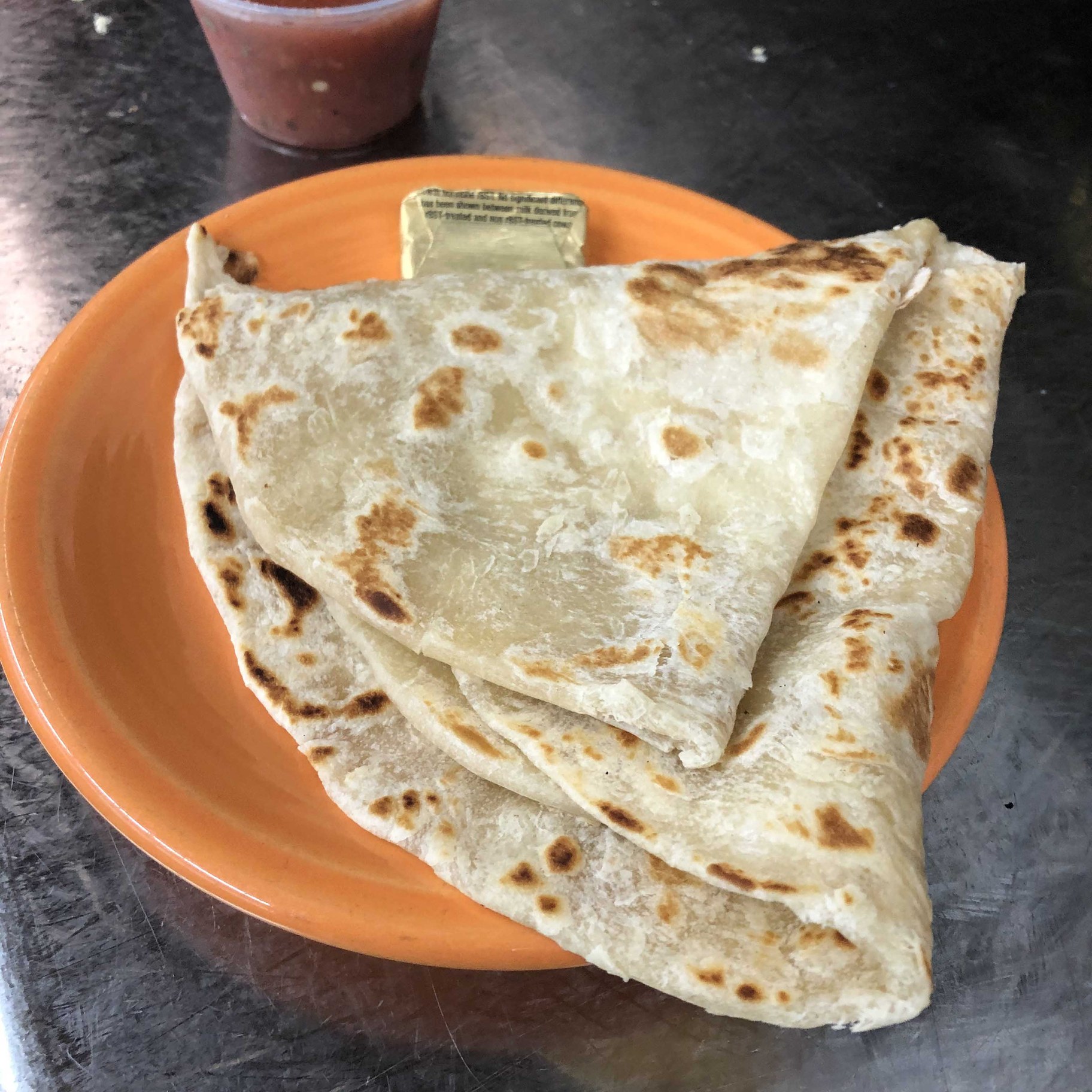 The finished tortilla. It’s so rich in flavor, it doesn’t even need butter! Photo by Gustavo Arellano/KCRW

El Cholo has long served free chips and salsa, because the public eventually demanded it. But about 20 years ago, he created a secret club for El Cholo’s most loyal customers: a card that states “identifies the bearer as part of El Cholo’s history” and entitles them to free handmade tortillas instead of chips. He’s only issued about a dozen, and the most famous member is probably Michelle Phillips of the Mamas and the Papas, who has eaten at the restaurant since the 1970s; El Cholo’s Instagram account proudly features a photo of her at the restaurant with then-beau Warren Beatty.

As for making tortillas himself? Salisbury says he tried it a couple of times but quickly gave up. “It’s hard,” he said with a laugh.

*Evan Kleiman and Gustavo Arellano discuss what makes for a stellar tortilla.