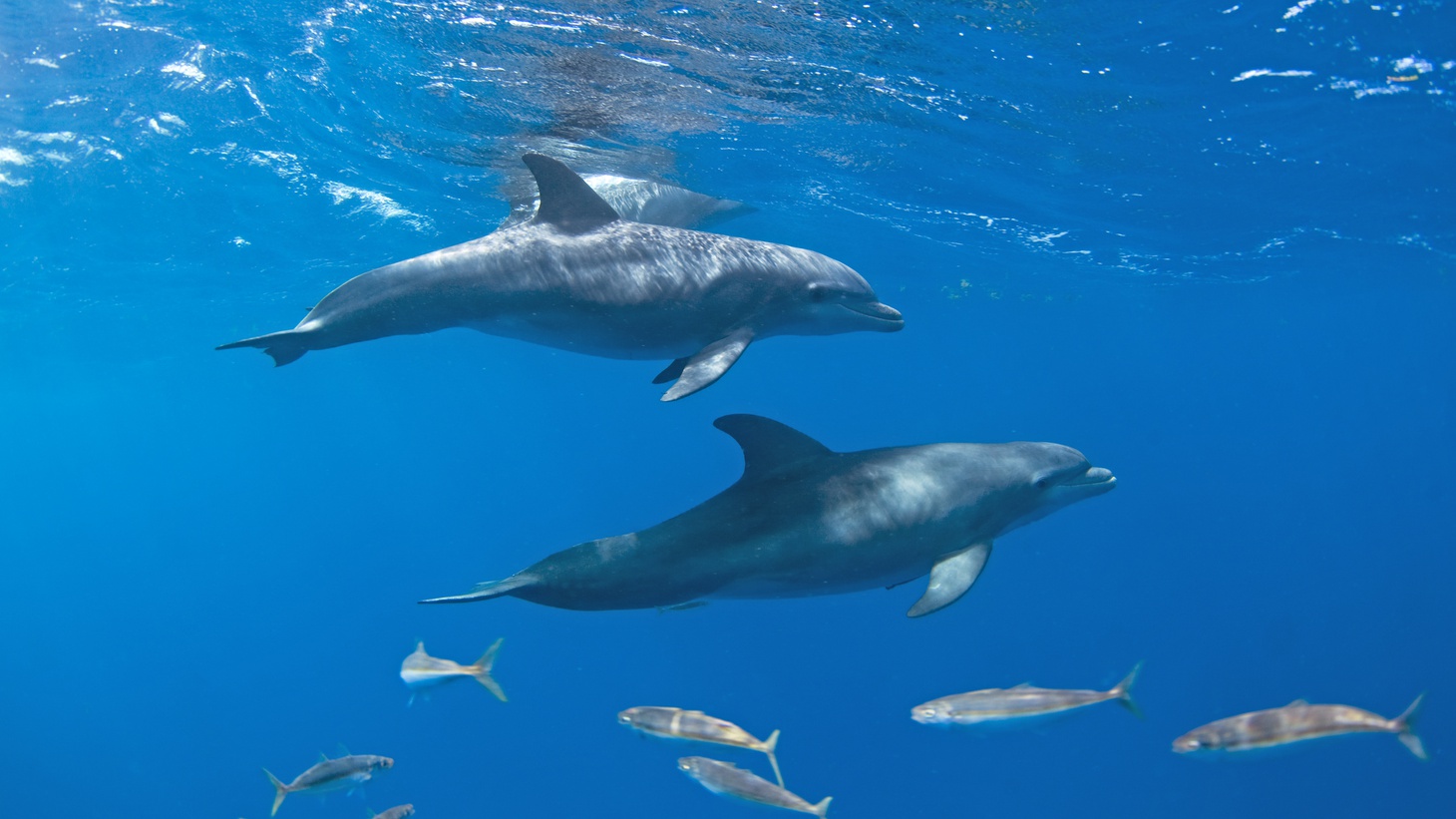 Dolphins navigate murky seas using echolocation. They’re among the thousands of creatures with highly-tuned sensors that provide them with a vastly different experience of our planet. Photo by Shutterstock.

When it comes to everyday life, it’s no surprise that we all live, to some degree, in our own sensory bubbles. But take a step back for a moment and try to imagine what the world feels like from the perspective of another life form — a robin, a dog, or even a mosquito.

It’s difficult, in part because we’re so informed by our own experiences and perspectives, which we naturally impose on other creatures. But we are actually surrounded by sounds, colors, and smells that are completely undetectable to human eyes, ears, and noses.

In his latest book, “An Immense World: How Animal Senses Reveal the Hidden Realms Around Us,” Pulitzer Prize-winning science writer Ed Yong celebrates some of the amazing super powers of animals and introduces us to a world seen — in some cases, literally — through their eyes.

“Each creature has its own sensory bubble, its own Umwelt, its own ways in which its world is expanded and broadened,” Yong says. “But also ways in which that world is limited.”

Yong uses his dog, Typo, to explain the concept of Umwelt, or the world as it is experienced by a particular organism.

“My dog's Umwelt is dominated by smell, and the colors he can see are much narrower, going from yellow to blue,” he says. “But he picks up a lot more than what I do in other ways. He hears frequencies I can't hear, he smells things I can't smell.”

Songbirds, turtles, and bumble bees travel long distances using the earth's magnetic fields. Bats and dolphins navigate darkness using echolocation, and there are thousands of creatures with beautifully tuned sensors that provide them with a vastly different experience of our planet than we know or even can imagine.

Yong, a Malaysian-born British science writer for the Atlantic and winner of the Pulitzer Prize for Explanatory Reporting for a series on the COVID-19 pandemic, spoke with scientists from around the globe to better understand the hidden world of animals and to learn how both science and imagination can work together.

“There's always going to be this gap between our subjective experience of the world and other creatures. And science can help to show us how big that gap is,” he says. “But ultimately, to cross it, you need to make a leap of imagination.”

Jonathan Bastian talks with Yong about “An Immense World” and why, he says, there’s “so much in the world around us that our Umwelt locks us out of, but that other animals are picking up.”

Yong also shares concerns about the many threats to the natural world and points to the most immediate harm, which comes from light and noise.

“We really have flooded the quiet with noise and the dark with light,” he says. “And while we might not think of these things as pollutants, they very much are harming the animals around us.” 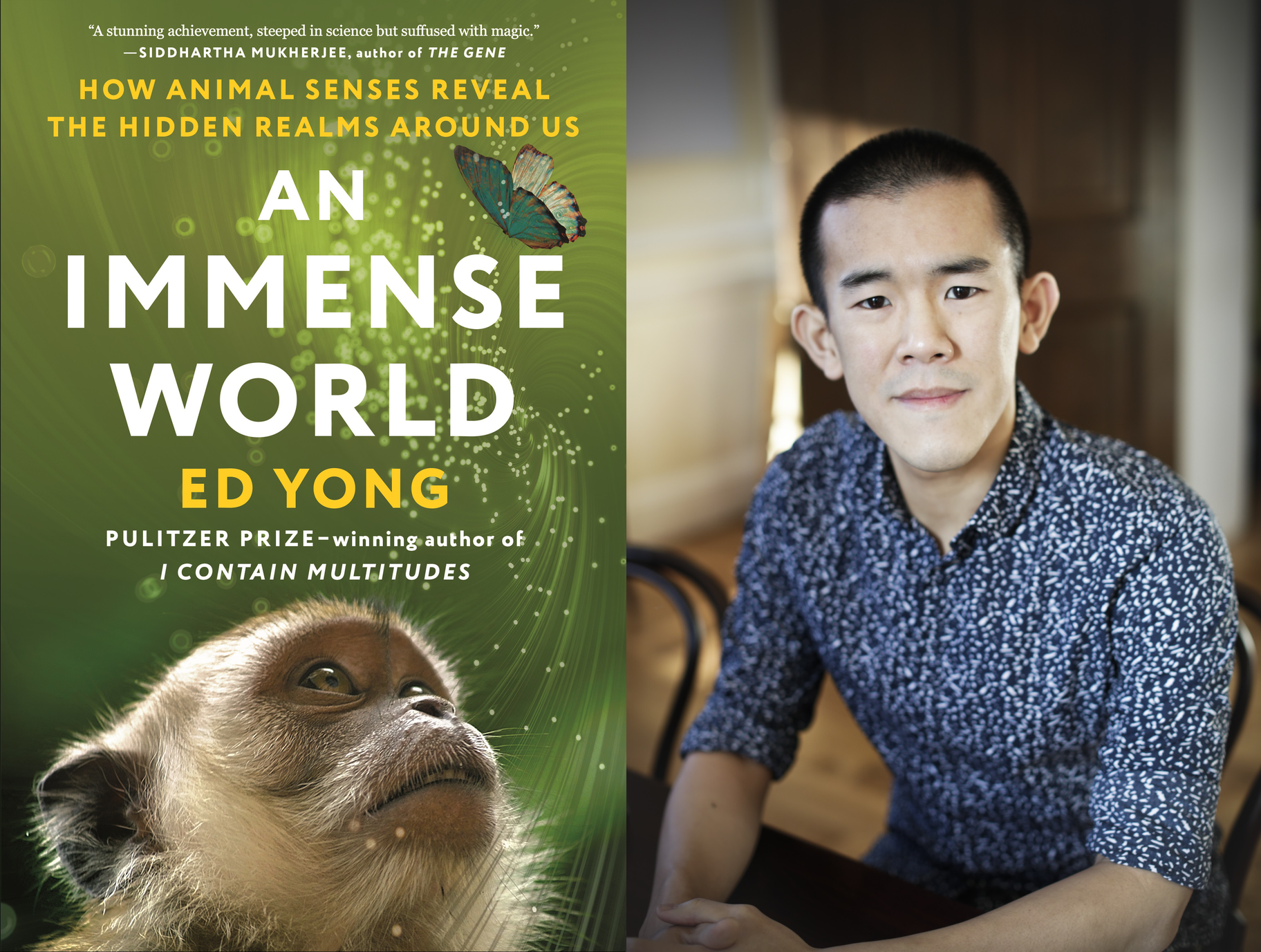 Book Cover “An Immense World: How Animal Senses Reveal the Hidden Realms Around Us.” Photo by Urszula Soltys.

How animal senses reveal the hidden world around us

Science writer Ed Yong explores the hidden sensory worlds of animals, plants, and insects — most of which are invisible to humans.

Philosopher David Peña-Guzmán examines the neuroscience and philosophical theories of what goes on in the minds of animals when they dream.