Why American individualism is perfectly suited to the doomsday prepper movement Photo by Shutterstock.

When the pandemic hit last year, it didn’t take long for grocery stores to have their shelves wiped clean. Long lines sprung up as shoppers scrambled to stock up on canned goods, water, and toilet paper. For some, however, preparing for the apocalypse is a serious business. Doomsday preppers are more than just fringe survivalists. High-end luxury apocalypse shelters are increasingly popular among the mega-rich, and, fuelled by times of chaos and uncertainty, end-times preparedness has become a multimillion-dollar industry.

In “Notes from an Apocalypse, a Personal Journey to the End of the World and Back,” Irish author Mark O’Connell explores survivalist destinations around the globe and examines why people feel the need to go to extreme lengths preparing for “The End of Time.”  Though survivalism has global appeal, he says that America’s rugged individualism is particularly suited to the prepper movement.

KCRW’s Jonathan Bastian talks with O’Connell about the need and practice of prepping, from luxury underground bunkers to garages stuffed with canned goods, water and, gasoline—and why “battening down the hatches” has as much to do with fantasy as it does with fear. 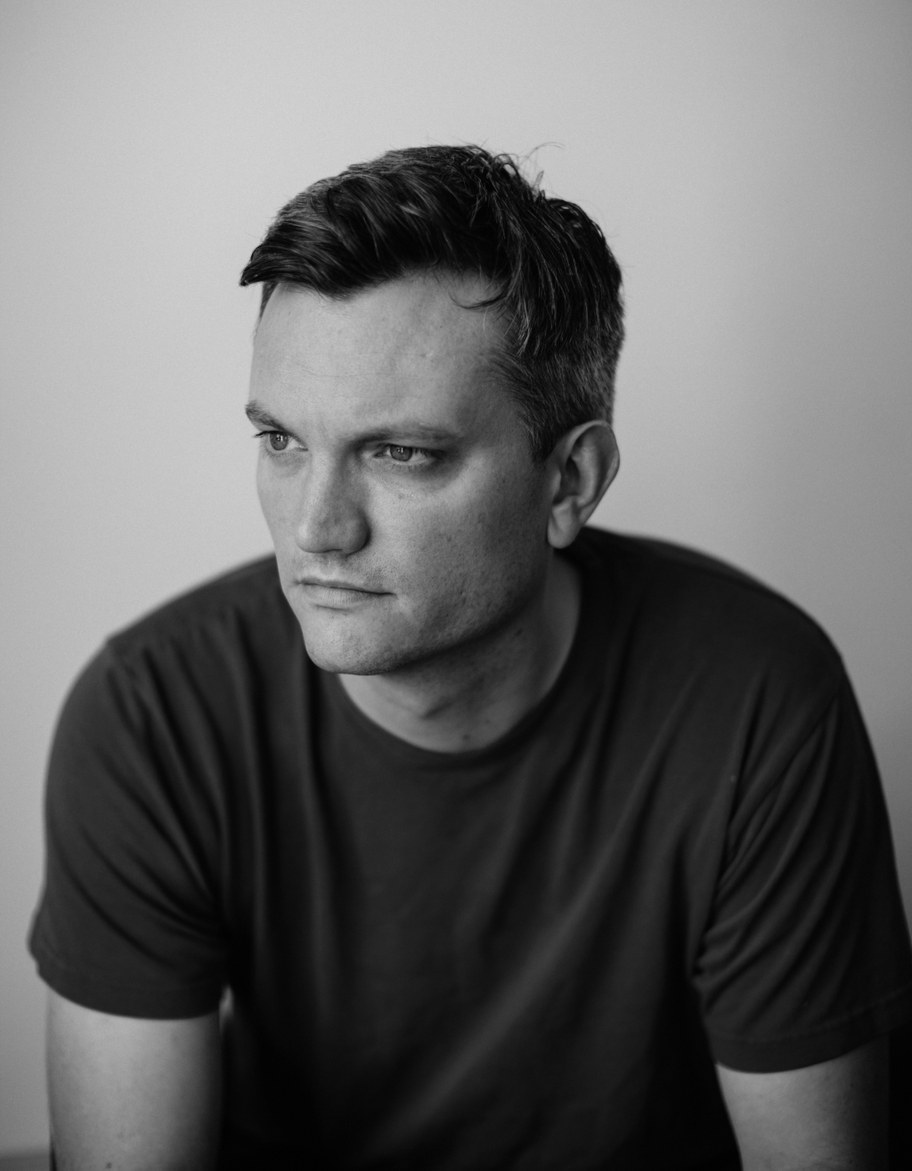 KCRW: Is survivalism a 20th century phenomenon, or something that goes far back into history?

Mark O'Connell: “Survivalism, as in the kinds of doomsday prepper kind of movements that I look at in my book, is, I think, very much a modern contemporary phenomenon. But it has its roots in cyclical moments of apocalyptic fervor that have cropped up throughout history. It's been something that tends to rear its head at times of particular social and political upheaval. Apocalyptic myths tend to be something that people grab on to as a way of explaining, I suppose, the sense of chaos and uncertainty around the future.”

It seems like psychologically, the human mind is drawn to this idea of end-of-times. Do you think it’s one that thematically plays out over and over again?

“To put it in sort of pop psychological terms, we are creatures who thrive and move through the world via stories. We're narrative-telling creatures. And one of the things that the apocalypse does is it creates a sense of narrative. The literary critic Frank Kermode has an amazing book called ‘The Sense of an Ending,’ where he talks about the fact that we're born as, he says, in the midst of things, in medias res. And we have no sense of really where we came from, or where we're going. And what the apocalypse does is it allows us to kind of project ourselves into an end. So it gives a kind of a sense of narrative coherence to times of chaos and uncertainty.”

As you began this exploration into survivalism, did you find that those feelings were particularly fervent in the US, that this is where a lot of the action was taking place?

“Yes, for sure. I started at the book really looking at the whole scene of doomsday preppers, of people who are digging bunkers and stockpiling tinned goods, and talking about the imminence of the End Times. And it's an international movement, there are a lot of preppers in Ireland and in Britain and across Europe, but really, the most kind of fervent and intense stuff tends to come, unsurprisingly, out of the U.S. And there's a couple of reasons for that.

One of which is that America seems, to me, to be a country with a particularly kind of intense relationship historically and culturally with the apocalypse. The United States, as a colonial enterprise, was born out of a moment of apocalyptic fervor in Europe, with the Pilgrims, and so on. And there's something about the prepper movement that sort of recapitulates that sense of fervor of the first European colonizers of America and the Pilgrims, and so on.

When preppers talk about the collapse of civilization, they're often talking about a situation where there's no more government, where you can't rely on ‘society,’ you can't rely on your fellow people. And it's just you, the kind of rugged individual, pitting yourself against the wilderness or other people, savage people, and so on. And there's a sense of a return to some of the darker mythologies at the heart of that moment in American history with the prepper movement, I think.”

When you began to sample these different prepper movements across the U.S., did you find that there was an archetypal figure or a certain personality that kept cropping up across the landscape?

“Yes. To some extent, it's a broad church, but certain kinds pre-existing ideological conditions kept cropping up. One of which is a real investment in the idea of the individual, as opposed to community. So many of the people that I looked at in the book, and so many of the movements, are predicated around the idea that you can’t rely on other people to get you through times of difficulty and catastrophe. So preppers tend to be all about looking after themselves, their families, battening down the hatches, stocking up on as much stuff as they can, and to hell with everyone else, but also kind of defending themselves against others.

That was a strand that I saw cropping up in lots of different kinds of movements that I looked at. One of the things I did was I spent some time in a very remote part of South Dakota ... on a former dairy farm that a guy called Robert Vicino, who is kind of an apocalyptic real estate entrepreneur, had bought.

He specializes in, you could say, luxury apocalyptic solutions. Very well-appointed, sort of five star quality bunkers with things like private cinemas and wine cellars and hydroponic vegetable gardens and so on. And he had bought this place in South Dakota and was converting it into what he called ‘the world's largest survival community.’ And really, that sort of sales rhetoric around it, and also quite conspiratorial political rhetoric, was that some kind of collapse scenario was coming. You could almost take your pick of what you were most afraid of, or most sort of fantasizing about, whether it's your nuclear war, or viral pandemic, or whatever it might be, but in these scenarios, the government is not going to protect you. And you're going to need to band together with a small group of other like-minded individualists, if that's not too much of a contradiction in terms, and protect yourself against humanity at large.

All of these things seem, to me, to be implicitly political, in that if you're arguing that you need to protect yourself, and that other people are what you need to protect yourself against, whether it be sort of urban populations or what have you, that that seems to be quite a political standpoint. And it's no coincidence. I think that most of the kind of doomsday preppers and apocalyptic preparedness aficionados that I'd looked at in the book tend to, though not exclusively, come from quite right wing political milieus.”

You said that these folks envision many different ways in which the world could be turned upside down, and they'll have to rely on their own kind. Are there any more common theories you came up with? Would it be a plague? Would it be some kind of civil war? What does the end of times look like for a lot of these people?

“I started the book out of a place of my own anxiety about the future for myself and for my family. And for me, climate change, of course, is the big locus of apocalyptic unease. But what I started to find was that, actually, the more fervent kind of apocalyptic obsessives, for want of a better term, tended not to be all that concerned about climate change.

They tended to be concerned about the prospect of nuclear strike from North Korea, for instance. A viral pandemic is quite a common one. Asteroids hitting things, electromagnetic pulse attacks, all these kinds of things that your average person would not spend that much time thinking about. But if you have an anxious disposition, learning about these things is quite a trip.”

How big is the doomsday prepper economy?

“It depends on who you listen to. If you listen to the people who are selling it, you're going to find that it's a boom area. I think it's still pretty niche. But things like wealthy individuals buying land in New Zealand, that is a genuine thing. … The other thing is dedicated companies whose whole thing is to build these compounds with golf courses and defensive provisions and so on. And there's quite a few of those companies. Unsurprisingly, most of them tend to be American. And a lot of their customers tend to be American, but they have facilities all over the world, including, including Europe.

So Robert Vicino, who was the guy that I spent time with in South Dakota, he's got a number of these facilities. The place that I visited was on the sort of less luxurious end of the scale, the kind of lower middle class apocalyptic solution. But this was a situation where you buy a bunker that is basically an empty shell, and you fit it out to your own specifications. And the idea would be that it would develop into a community of like minded individuals. But there are all different kinds, depending on your level of wealth, and how much you want to spend and the various different levels you can go into.

Did you ever find anything that kind of blew your mind, or anything very bizarre, when you entered some of these bunkers?

“The only bunkers that I physically entered were those empty shells in South Dakota. That's an extraordinary place. And I write quite a lot in the book about the landscape and almost surreal aspect of the place. It was built initially in the Second World War as a munitions storage facility. So they're all these hexagonal, I think 550 of them, across the ranch, which is about three quarters the size of Manhattan. … It almost seems like an alien landscape. Incredibly beautiful, and also very strange, and a little bit uncanny.” Preparing for the apocalypse

When the pandemic hit last year, it didn’t take long for grocery stores to have their shelves wiped clean. Long lines sprung up as shoppers scrambled to stock up on canned...

For many people of faith, the pandemic has felt as close to an apocalypse as the nuclear threat from the Cold War. So what can we learn about the apocalypse from religious...