Nothing is gained by cursing the people we dislike but much can be gained by thinking about the world we want to create, says author Pico Iyer. Photo by Pixabay.

As politics pits family, friends and colleagues against each other, how do we gain empathy and understanding with those with whom we disagree? Two regulars on this program, author Pico Iyer and Pravrajika Vrajaprana, a Vedanta nun, talk with KCRW’s Jonathan Bastian. 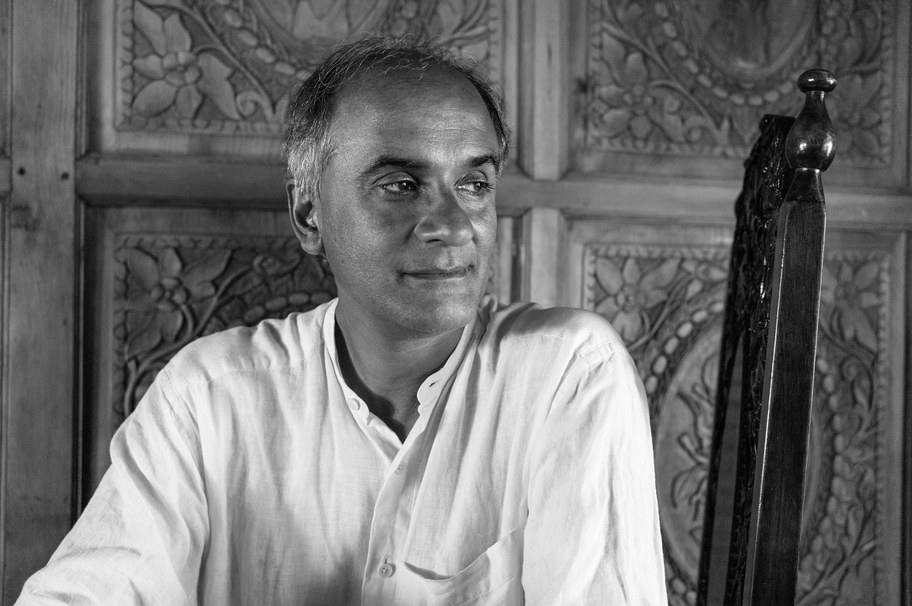 KCRW: What’s been going through your mind as we move closer to this election?

Pico Iyer: “This is a dangerous topic to discuss, because it's so easy to get moralistic or judgmental. Often our tendency is to say, ‘I'm full of empathy, and that guy isn't.’ I know many of my friends on the eve of the election are very aggravated by our current president — they say what they don't like about him and spend all their time thinking and talking about him which is just what he wants them to do. I don't think that helps them or really helps him either.

Think about Greta Thunberg, Pope Francis, the Dalai Lama instead of getting yourself into a spiral of escalating rage, which is not going to transform the country or the president and is only going to transform you for the worse. You have the choice to look to the future to what is inspiring, to what is practical and towards what is actually going to create a better community rather than this self perpetuating spiral of exchanging resentments.

So wherever you stand on the political divide, and also if you feel badly about Joe Biden and Kamala Harris, I think we gain nothing by cursing the people we dislike, and we gain everything by thinking about the world we want to create.”

Pravrajika Vrajaprana: “Absolutely, because when we hate when we get angry and the person who we're directing that to, doesn't really experience it the way we do. So we are simply making ourselves more unhappy, we just and it becomes a self perpetuating cycle. And then other people, they're affected by it. It's like these emotions are actually as contagious as the flu. So we have to really watch out for that and remember that many of our loved ones are actually on the other side of this political divide. And in the big picture, these are political opinions; they come and they go, but we have to be able to love each other as brothers and sisters otherwise no one's going to get anywhere.”

Iyer: “I love that, because our opinions are the least interesting part of ourselves and just as you were saying, most of us are defined much more by what we do than by what we believe. What you were just saying about our loved ones being on the other side of the divide, I meet so many people who occupy a very different space spiritually or politically for myself and they act with such compassion, it really humbles and instructs me. I have friends who share all my prejudices, and they don't seem so kind and we just have to open our eyes to the fact that the world isn't binary; that the people who don't agree with us, don't necessarily disagree with us. The world is never black or white and to compress it is to do an injustice to the world and to our friends.”

Vrajaprana: “We also stop ourselves from making friends when we judge so harshly. When we just see a caricature of another human being, instead of seeing what struggles and what real interest or real goodness that person has within them. We just see whether they're wearing a red cap or not and it's so hurtful for us and hurtful for them too. We stop ourselves from enjoying and learning so much from other people.”

Iyer: “Just yesterday I saw a quote ascribed to Abraham Lincoln, in which he said “the best way to destroy an enemy is to make him a friend.” It's really just a matter of seeing that that person has much more in common with us than apart. Just yesterday a friend sent me this beautiful story from the Berkshires just two weeks ago. Apparently somebody saw a Biden Harris sign in front of a 15 foot stack of hay bales and he was so enraged that he set it on fire and destroyed the hay. He was quickly apprehended and as he was seated in his cell, he got a phone call. And it was from the farmer whose land he destroyed. And the farmer said, I am calling you now, because I heard that you just lost your 24 year-old son in a motorbike accident. So I wanted to commiserate with you and I realize you must be in a very difficult place and I can understand you're feeling a lot of rage.

So he didn't just extend the hand of forgiveness, but of understanding. The arsonist in turn, of course, spoke through all the anger, confusion and grief, he was feeling about the loss of his son. And suddenly that moment that could so easily have been a silly confrontation became something constructive. That same farmer has put up a sign, not saying Biden Harris, but love, unity, justice. It speaks to my sense that each one of us has that chance to rise to the invitation at every moment.  There was a beautiful book written a few years ago called the “True American” the same thing, a Bangladeshi man, who in the wake of 9/11, was the victim of a hate crime by somebody who maimed and almost killed him as a self-professed American terrorist. Once the terrorist was in prison, all the Bangladeshi man tried to do was lobby for his liberation, to make sure that he wouldn't be on death row and working to help his oppressor.

Is there something about the power of storytelling that breaks through ideology?

Iyer: “It's the writer's job and the reader’s delight, that's what all books are about. You're putting yourself in the shoes, in the self and in the sufferings of somebody radically different from yourself. You're suddenly remembering what it is to be a slave escaping a plantation in the 19th century or Thomas Cromwell or even Iago. That's the beauty of the imagination and of the written word.

I remember, in the late 1990s, when suddenly radical Islam became our number one enemy thinking I'm a Hindu, by birth, on the other side of the fence from my Muslim brothers, living in the United States, which is demonizing Islam, my job as a reader and a writer is to spend four years steeping myself in Islam and to try to see how the world looks through Islamic eyes. And I can never do it 100%. But I will never regret the attempt at least to try that. I know my own prejudices much too well and I only have something to gain by seeing how the world looks from the other side of the street - that's the gift we've been given with the imagination.”

Vrajaprana any thoughts or advice on how to check in with ourselves when we feel this kind of anger?

Vrajaprana: “I would say, to turn off the damn devices, stop listening to the news, and just enjoy some quiet and then try to think of that divinity within. When I first came to Santa Barbara, I arrived in the middle of my sophomore year, and was really given a hard time as it's not a great time to arrive. So I literally tried to see the divine within the heart of other people and it just totally  changed my experience from being angry and fearful and I can't do this to this can be kind of fun.

When we can enjoy some quiet, sit with the contents of our own mind. Don't be judgmental, don't beat yourself up for being angry or resentful or fearful or I shouldn't be feeling this afraid or that I shouldn't be this hard on other people. It's okay, really sit with it, and realize that that's external to who we are. We're not those emotions. We're that deep, loving, infinite, divine reality that's birthless, deathless, unchanging. That's who we are. That's what everybody is.

Political divisions run deep in America. Whether you’re a Democrat or a Republican, you’ve probably encountered friends, colleagues, and family members with radically...

As politics pits family, friends and colleagues against each other, how do we gain empathy and understanding with those with whom we disagree?