Sharing one's own story about how we developed a certain perspective is more powerful than just sharing the perspective itself and talking about one's experiences that shaped their values is a much more effective way of expressing one's perspective, says professor Tania Israel. Art by James Boast (CC BY 2.0)

Political divisions run deep in America. Whether you’re a Democrat or a Republican, you’ve probably encountered friends, colleagues, and family members with radically different political points of view. But wherever you stand on the political divide, is it possible to find ways to agree even when you disagree?

KCRW’s Jonathan Bastian talks with Tania Israel, Professor of Psychology and Director of Project Rise. an LGBTQ research and advocacy program at the University of California Santa Barbara. In her latest book  “Beyond Your Bubble: How to Connect Across the Political Divide”  she encourages going outside of our “comfort bubbles” where we agree with each other and rather than fight over who is right or wrong, take the opportunity to listen and understand what’s behind that perspective.

KCRW: A couple of hundred people attended your workshops, where you provided the skills and resources to have difficult conversations. What did you learn from these workshops?

Tania Israel: “At the beginning of every workshop, I would ask ‘what brings you here, what's your motivation for being here,’ and what I heard most is that people wanted to maintain a relationship with someone who's important in their lives, but other people wanted to find common ground or wanted to persuade other people. There are other people who said ‘I just cannot understand how people think or vote as they do.’

So the motivation may also be to validate their own views?

Israel: “I think that people can reflect on themselves and understand what brings them to do this, and then make the right choices in terms of how they’re getting their needs met. If what you really want is to express your views and have them validated, you might not actually want to have a conversation with somebody who's got different views than you have. You might actually want to go to somebody who agrees with you already and you can get that need fulfilled there. That way you could go to somebody who's got a different view and have a different kind of conversation with them.”

How would you suggest, if someone is  trying to preserve a relationship, opening up the conversation?

Israel: “So what I recommend is start out by reaching out to somebody and letting them know what your intent is — ‘we've had some conflict over this in the past, but our relationship is really important and I would like to have a different kind of conversation and I want to understand more where you're coming from.’ Start by letting them know that maybe this conversation is not going to be what past ones have been like. Then there are a couple of key skills that are important to actually making sure that you’re understanding that person and helping them to feel understood.

Listening is probably the most important one of those skills. There's a certain type of listening that can be helpful; listening to understand rather than listening to respond. So that when somebody speaks rather than countering it with a different view that you have, first, you share back with them what you heard and reflect what they've said. This ensures they know that you've heard them and also so that you know that you got it right, so that they can correct you if you're off base.”

So the first step is listening, then repeating back and acknowledging the position. Where do you go after that?

Israel: “So it's also helpful to get somebody to elaborate more on what their thinking is. It turns out that elaboration doesn't only help us to understand better where they're coming from but the more we all elaborate, the more we recognize where we might not be so completely extremely different from each other. If we're not just going with the slogans, we're actually getting to what's underneath, we might have some more common values and desires.”

You wrote in your book that we see others as more extreme than they really are?  Can you explain what you meant by that?

Israel:  “This is absolute human nature that we see other people as more extreme, we also like to think of ourselves as being very logical. Our own ideas are very well founded and we're likely to see other people as irrational, even unkind. And it turns out that it's a fundamental error that we have in our thinking. But once we know that, we can correct for it if we have somebody in front of us, who we can talk to and learn more about where they're coming from.

The workshops that I would do, was about building the skills to be able to have a dialogue. I wasn't setting people up with other people who had different views but what people told me they learned the most was that they were really bad listeners but actually learning to do it.

It's really hard to sit quietly and hear somebody's perspective and we weren't even talking about politics, just talking about things like cats or dogs, or dessert choices. People have a hard time just with even those simpler things.  I always recommend that people will start with low stakes situations and build those muscles to be able to have the more difficult conversations.”

So when you're able to kind of engage and really be present in listening, at what point do you feel that someone can then begin to share their own perspective?

Israel: “People will get a sense of when they really heard from another person and once you've heard another person, they're going to be more interested in hearing your views. I suggest that when that shift happens and you're sharing your perspectives that you stay away from sharing stats and slogans and you really focus on stories. Sharing your own story about how you developed a certain perspective is so much more powerful than just sharing the perspective itself and talking about your experiences that shaped your values is a much more effective way of expressing your perspective”

If you get to the stories, not only are you going to have a more successful dialogue, but you're actually going to have a more interesting one. I find that in conversations with people I agree with these days. I don't want to hear them rehash everything that they've already heard from all the news analyses. Even if I agree with them, I would much rather hear something different. I'd much rather hear what's going on in their own lives surrounding this issue. So whether we're talking across political lines or with people who agree with us, we can really have a richer dialogue if we make it more personal.” 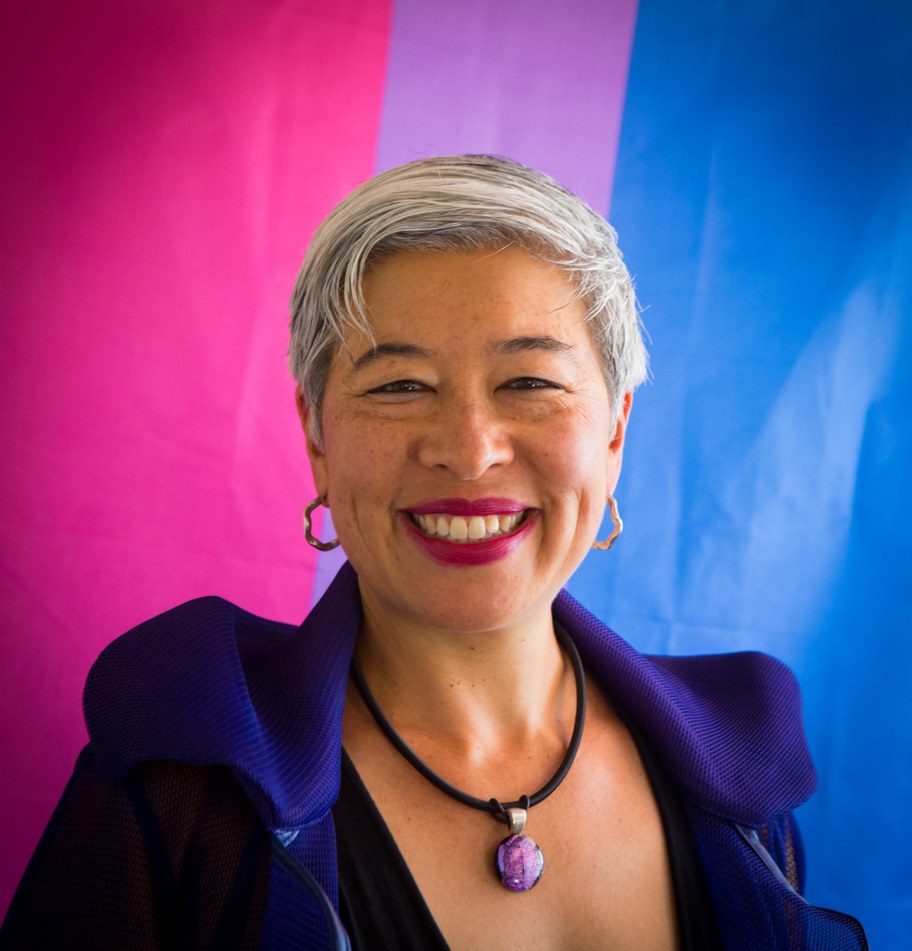 Political divisions run deep in America. Whether you’re a Democrat or a Republican, you’ve probably encountered friends, colleagues, and family members with radically...

As politics pits family, friends and colleagues against each other, how do we gain empathy and understanding with those with whom we disagree?