Marriage is one of the oldest institutions in the world dating back  thousands of years. Those early alliances were more contractoral; ensuring land, kinship and bloodline that today’s romantic marriages. Contemporary life continues to reshape marriage. Though some same sex couples embrace the institution; there are professional women who are marrying later and frequently out-earn their spouses. Many couples prefer to cohabit and forgo marriage altogether. So is “tying the knot”going out of style?

KCRW’s Jonathan Bastian talks with social historian, director at the Council on Contemporary Families Stephanie Coontz and author of “Marriage, a History: How Love Conquered Marriage” about the history and evolution of marriage.

Stephanie Coontz: “There's good news and bad news, like so many things in our society. The good news is that on an individual level, men and women really have been moving remarkably quickly toward acceptance and enactment of egalitarian relations. As late as the end of the 70s, the majority of Americans thought that men should make the decisions in the household and should be the breadwinner and that women should always stay home and take care of the kids in the home, but that view has been largely abandoned. 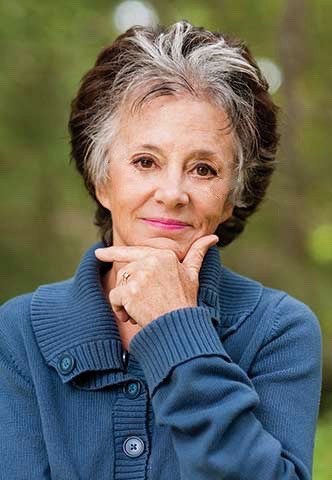 As late as the 1980’s if a man had more education and his wife earned more than her husband, that was a risk factor for divorce because the men were threatened. Today, it's not. Increasingly, the most satisfactory marriages, the ones that report the highest marital satisfaction, the lowest amount of conflict, the highest sexual satisfaction are the ones where housework and childcare are shared relatively equally. So that's the good news about marriage.

But on the other side, there's two pieces of bad news. One is that our social institutions have not caught up with our work institutions and still assume basically that every worker has a full-time employee at home to take care of the rest of life and we don't have the kind of flexibility and the parental leave policies that we should have.

The other interesting problem is that the whole basis of a marital security in what some people think of as the good old days of the 1950’s, was that a man, even without a high school degree, could get a job easily and within a few years be earning three to four times as much as his father had earned at the same age. So there were these tremendous opportunities for men but for women your only way you could participate in that expanding post-war economy was by getting married and that was the basis of marriage. Now today, with women entering the labor force, men's positions are still slightly higher in terms of wages with anyone who has an equal education their jobs are much less secure, the real wages have fallen for the lower 60% of the population, women's wages have been rising from a lower base and a woman now has to say to herself, ‘well, first of all, I'm in love,’ but secondly ‘a marriage would be really good if we had two cooperative people earning incomes and cooperating together.’ But then she has to ask herself ‘but does that mean he's going to still expect me to do all the cleaning and the housework, which I really don't want to do? And what if he loses his job or misuses our resource?’

So marriage has become a more fraught decision for people whose prospective partners don't have as good economic and educational prospects. We're seeing a totally new class divide in access to marriage. As late as the 1970s. marriage rates were basically the same across economic and educational levels. Now, there's a huge class divide and people with less education and fewer economic stability prospects are very hesitant to get married, in part, because they see that that kind of economic stress undermines the cooperation that is now necessary in an egalitarian marriage and leads so much for divorce.”

What are the reasons then to still get married?

Coontz: “Well, I don't think marriage is going to disappear. Even in the nordic countries where lots of people don't get married, they usually do after they've had their second or third child. So people tend to associate marriage with the strongest commitment you can make and a lot of people are going to want to make a strong commitment with their significant other despite the fact that there are more people who want to live a life that is more free but it still remains a very important goal.

So marriage offers that kind of security to people and they want that. Also today, in our society of dual earners, marriage is like buying into a very high stakes game. If you've got the education, the economic and interpersonal resources to make your marriage work, that's going to be a huge benefit. You're going to save money by being together, you're going to earn money with the two of you and you're going to be able to collaborate in child rearing. But if you don't have that opening bid, or can't afford something if it goes wrong, people are going to be very hesitant to marry or to marry you. That's what we're seeing in terms of this class divide in marriage.”

There's been some interesting studies showing that straight marriages can often learn things from gay marriages; certain attributes and characteristics that have been helpful on how to divvy up responsibilities.

Coontz: “There is a tremendous amount that people can learn from same sex marriages. For the past 200 years we were socialized into this idea that men and women were totally different. They had different drives, men were ambitious and breadwinners, and women were caretakers and consequently you’d see a lot of tension between men and women in heterosexual relationships.

What's interesting about same-sex relationships, is when you have two women, both of them have been socialized into caregiving so they're equal in terms of how much support they offer each other and how much also they get back - which is a lot. When you have two men, they've been socialized to be males but they don't have a woman to take over for them as they would in the different sex couples. They have to pay attention when someone really needs help and in general, male male relationships tend to be less intense, less worried about feelings but willing to confront it when something happens.

The most tension comes with hetrosexual couples over caregiving, whether you understand each other's emotions.

The other big thing that happens is that same sex couples don't come to their marriage or coupledom with a set of stereotypes of what each one is an expert at and the other one should be an expert at something else. They have to sit down and talk much more honestly and frankly about “how are we going to divide this up? Let's not assume that this one is yours and this one's mine.”

In polyamory, they also have to discuss their sexual wants and needs much more and discuss whether they want to be exclusive or not? It turns out that those kinds of discussions would be important and helpful for heterosexuals, as well as same sex couples?”

The history of marriage and other forms of intimate relationships

Marriage is one of the oldest institutions in the world dating back thousands of years. Those early alliances were more contractoral; ensuring land, kinship and bloodline...

One size does not fit all when it comes to intimate relationships. Marriage, monogamy, singlehood suit many of us but for some the idea of several partners offers freedom...