America gets Islam all wrong. Muslim Americans pay the price 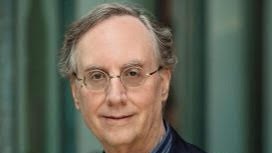 As the United States continues to grapple with what led to the January 6th, 2021 insurrection at the Capitol, many Americans ignore an indirect cause of the attack on democracy. In new piece for TomDispatch, scholar Juan Cole delves into the Islamophobic double standard between how agencies like the Federal Bureau of Investigation have treated Muslim Americans and homegrown white supremacist terrorists in the post-9/11 era. At the same time that Muslim Americans, who he calls largely “model citizens,” have been intensively surveilled and treated like second-class citizens, the rise of white radicals—who have been behind the majority of terrorist attacks on U.S. soil in the past two decades—has been actively ignored by the FBI.

On this week’s “Scheer Intelligence,” Cole joins Robert Scheer to discuss how Islam and Muslim Americans are maligned by the U.S. government and media despite prevailing narratives being inconsistent both with the majority of Muslim Americans’ actions as well as the Quran itself. The University of Michigan, Ann Arbor professor has written extensively about Islam, most recently in his book “Peace Movements in Islam: History, Religion, and Politics” which, its publisher writes, “fills a gaping hole in the literature on global peace movements, bringing to the fore the many peace movements and peacemakers of the Muslim world.”

The Middle East expert and “Scheer Intelligence” host consider how religious people—be it Christians, Muslims, Jews, Hindus or others—have been persecuted through the ages and led resistance movements, but have also historically committed persecution themselves, such as during the Holy Inquisition. They also examine how the U.S. also has a double standard towards different Muslims, for example supplying its ally Saudi Arabia with countless deadly weapons—used most recently in a horrific crusade against Yemen—despite Saudis being involved in the 9/11 attacks. At the same time, the U.S. conveniently ignores a long Muslim history of peace movements, such as Bosnian women's organizations and Mahatma Ghandi’s Muslim allies, as it continually harasses Muslim Americans at home and commits atrocities against majority Muslim countries, like Afghanistan and Iraq.

Listen to the full conversation between Cole and Scheer as they take a more holistic, nuanced view towards Islam and Muslims than most of U.S. mass media.