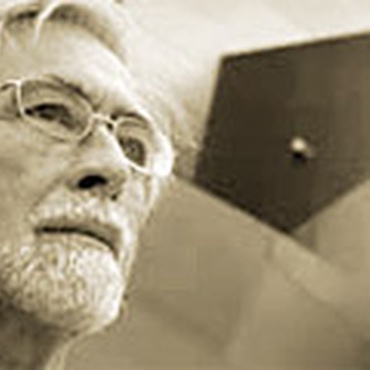 Robert Scheer has built a reputation for strong social and political writing over his 30 years as a journalist. His columns appear in newspapers across the country, and his in-depth interviews have made headlines. He conducted the famous Playboy magazine interview in which Jimmy Carter confessed to the lust in his heart and went on to do many interviews for the Los Angeles Times with Richard Nixon, Ronald Reagan, Bill Clinton and many other prominent political and cultural figures.

Between 1964 and 1969 he was Vietnam correspondent, managing editor and editor in chief of Ramparts magazine. From 1976 to 1993 Scheer served as a national correspondent for the Los Angeles Times, writing on diverse topics such as the Soviet Union, arms control, national politics and the military. In 1993 he launched a nationally syndicated column based at the Los Angeles Times, where he was named a contributing editor. That column ran weekly for the next 12 years and is now based at the San Francisco Chronicle.

Scheer is a former co-host of the political radio program Left, Right and Center on KCRW. He now hosts Scheer Intelligence, a half-hour KCRW podcast with people who, through a lifetime of engagement with political issues, offer unique and often surprising perspectives on the day's most important issues.

Scheer has written eight books, including Thinking Tuna Fish, Talking Death: Essays on the Pornography of Power; With Enough Shovels: Reagan, Bush and Nucear War and America after Nixon: The Age of Multinationals; co-author, with his son Christopher and Lakshmi Chaudhry, The Five Biggest Lies Bush Told Us about Iraq. Most recently, he wrote The Pornography of Power: How Defense Hawks Hijacked 9/11 and Weakened America; Playing President: My Close Encounters with Nixon, Carter, Bush I and Clinton -- and How They Did Not Prepare Me for George W. Bush and  The Great American Stickup: How Reagan Republicans and CLinton Democrats Enriched Wall Street while Mugging Main Street. His newest book is They Know Everything about You: How Data-Collecting Corporations and Snooping Government Agencies Are Destroying Democracy.

Scheer was raised in the Bronx, where he attended public schools and graduated from City College of New York. He studied as a Maxwell fellow at Syracuse University and was a fellow at the Center for Chinese Studies at the University of California, Berkeley, where he did graduate work in economics. Scheer has also been a Poynter fellow at Yale, and was a fellow in arms control at Stanford.

As well as currently being a syndicated columnist based at the San Francisco Chronicle, Scheer is also clinical professor in Communications at USC and Editor of Webby Award winning political website, TruthDig.com. He is married to author and award-winning journalist Narda Zacchino. Tony Platt’s recently re-released book, “Grave Matters” digs into the Golden State’s dark history of not only massacring Indigenous Peoples, but later desecrating their graves and…