"Is there nobody left?" Art by Mr. Fish.

Political cartoons have helped us make sense of the world in which we live since they first appeared in the 18th century--though some, like the iconic cartoonist Mr. Fish, argue the art predates even newspapers. Although it’s an art form that is in many ways dying out, there are a precious few political cartoonists out there that still understand the importance of speaking truth to power through insightful humor and visual commentary.

On this week’s installment of “Scheer Intelligence,” the inimitable Dwayne Booth (AKA Mr. Fish) joins host Robert Scheer to talk about his life, his passion, his art, and his latest book, “Nobody Left: Conversations with Famous Radicals, Progressives and Cultural Icons About the End of Dissent, Revolution and Liberalism in America.” Although the book does include some of Mr. Fish’s unforgettable cartoons, it is largely made up of interviews with figures such as Norman Mailer, Lily Tomlin, Christopher Hitchens, Howard Zinn, Joan Baez, Dennis Kucinich, Tariq Ali, Mort Sahl, Paul Krassner, Jon Stewart, and others, including the host of “Scheer Intelligence.”

“What really impressed me about you--and particularly with this book, but I've seen it before because sometimes you write too much in your cartoons--is that you actually are a terrific writer, and of great depth,” says Scheer.

Scheer prompts Mr. Fish to talk about his youth, dropping out of Rutgers University, and how his personal experiences shaped his decision to become a political cartoonist, much to the dismay of his own family. Mr. Fish, who is a ScheerPost regular and has his own site, Clowncrack, also explains what motivated him to print “Nobody Left” as a series of interviews. Lamenting the fact that, due to capitalism, technology, and, most recently, the COVID-19 pandemic, people are no longer having conversations with other people in person, Mr. Fish tells Scheer he wanted to highlight voices who inspired him and could inspire his readers, especially as counterculture and dissent fade into oblivion.

“There's a lot of people who aren't going to know who some of these people are,” explains Mr. Fish. “One of the missions of the book is to demonstrate that they are people who you need to know. I mean, they're telling the truth, and they're being really interesting, and their body of work is significant in so many ways. So it's my mission to educate readers as to who these people are, and to draw them in with some snarky, inappropriate drawing that is all through the book, as well.”

The two friends and fellow radicals also discuss the dead elephant in the virtual room: the demise of political cartoons, a form both see as crucial to not only to understanding the societies we live in, but to holding those in power accountable.

“It doesn't,” responds Mr. Fish. “I think that one of the things that people should recognize is that it is lost, yes, but not because it's not effective or it's become this antiquated form of communication. There is overwhelming evidence that it is lost because it is so effective. Because it does force conversations, and it does invite common citizens into the debate in a way that longer form, even journalism, just doesn't. That's the reason why there are fewer known cartoonists.”

Listen to the full conversation between Mr. Fish and Scheer as they discuss how American culture has changed since the 1960s and which of Mr. Fish’s heroes didn’t make it into the book, among a slew of other urgent topics. 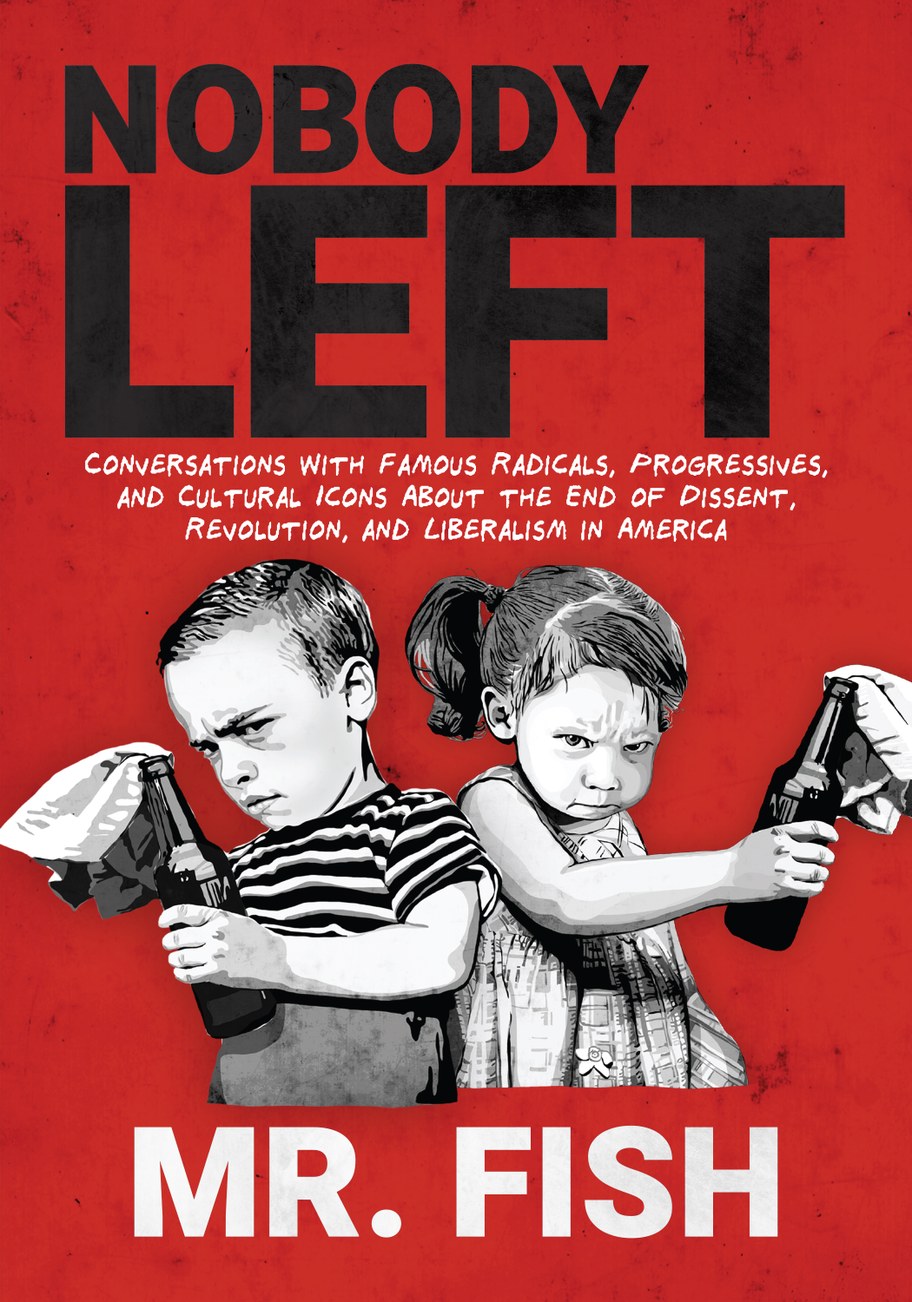