Danny Sjursen is a US Army Officer and former history instructor at West Point. He served in both Iraq and Afghanistan between, and his 2015 memoir “Ghost Riders of Baghdad: Soldiers, Civilians, and the Myth of the Surge” offers a critique of the war in Iraq. In their conversation, Sjursen tells host Robert Scheer that while the military allows his dissenting opinions, there are few in the top ranks who speak out against its policies. Sjursen says in spite of his criticism of the military, he has not yet left because it is a core part of his identity. And Sjursen tells Scheer he believes the wars in Afghanistan and Iraq are unwinnable, and the military is therefore being asked to do the impossible. 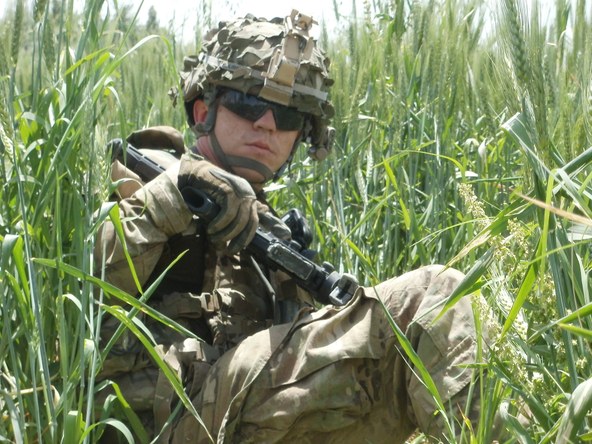 Danny Sjursen courtesy of Sjursen.
Danny's views do not reflect that of the Department of Defense, US Government.