Has Freedom of the Press Become a Convenient Illusion? Edward Wasserman, Dean of the Graduate School of Journalism at University of California, Berkeley Photo courtesy of UC Berkeley

“How can you have a free press if you don’t have free sources?” asks Edward Wasserman, Dean of the Graduate School of Journalism at University of California, Berkeley, in the latest installment of Scheer Intelligence. The question is one that strikes directly at the heart of journalism ethics during an era in which sources and—in the case of Julian Assange—publishers are being persecuted or prosecuted for speaking truth to power. Wasserman’s April op-ed for the New York Times, “Julian Assange and the Woeful State of Whistle-Blowers,” makes a strong case for enshrining the rights of media sources in the Constitution alongside freedom of the press. His powerful defense of the WikiLeaks founder is based on his belief that “the First Amendment is no better than the willingness of people to come forward.”

"What good does it do to the public if the sources who have provided [information to media] are subject to that kind of fierce and harsh reprisal [that Assange faces]? So that’s the question I was kind of raising,” the scholar tells Truthdig Editor in Chief Robert Scheer. “And I was trying to sort of stiffen the spine of the media when it comes to looking at the fate of sources.” 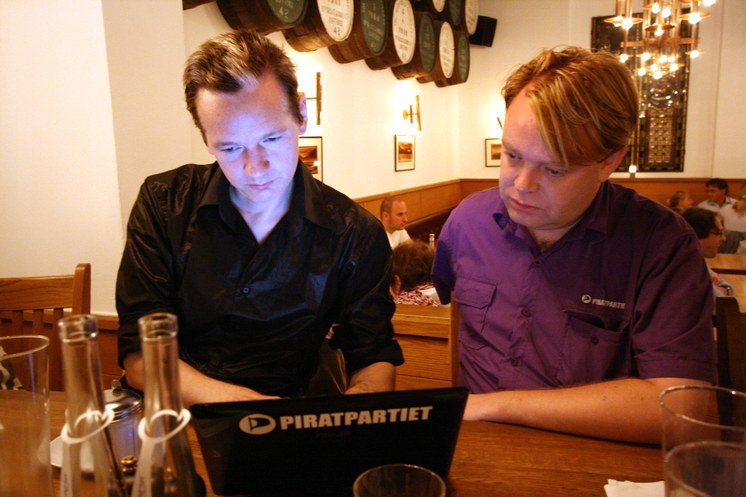 Scheer, who has argued in the past that the persecution of Assange endangers journalism as we know it, points out the discrepancies between how whistleblowers Chelsea Manning and Assange have been treated, both by the U.S. government and the world media, and how, for example, General David Petraeus went unpunished for leaking state secrets.

To Wasserman, the reasoning behind the vitriolic response to Manning and Assange is two-fold. First, it has to do with how embarrassing to the U.S. Army was the video Manning leaked and WikiLeaks titled “Collateral Murder,” showing soldiers killing Reuters reporters and civilians in Iraq. But perhaps more important, the diplomatic cables WikiLeaks published revealed a shocking truth to American officials of which they had been either ignorant of unwilling to face: they were not exempt from the sort of surveillance they have imposed on others around the globe and at home.

That doesn’t mean the U.S. government has given up trying to conceal information from the public. On the contrary, in recent years, whatever transparency existed is being slowly chipped away.

“It’s a very dangerous situation where more and more information has greater and greater impact, and is being put under the veil of secrecy without any real recourse, without any oversight, without any accountability. And the small number of people who come forward […] are being punished with a ferocity that we’ve never seen before,” Wasserman tells Scheer.

“So you know, it’s an interesting moment,” the journalism scholar continues. “I would like to see the media step up, as guarantors of this informational system, as guarantors of this engine of social awareness that we call news, and insist on the preservation of the conditions that they need to do their jobs.”

Listen to their full discussion about the importance of whistleblowers historically and the need to defend the courageous few who risk their lives to reveal truths as citizens.