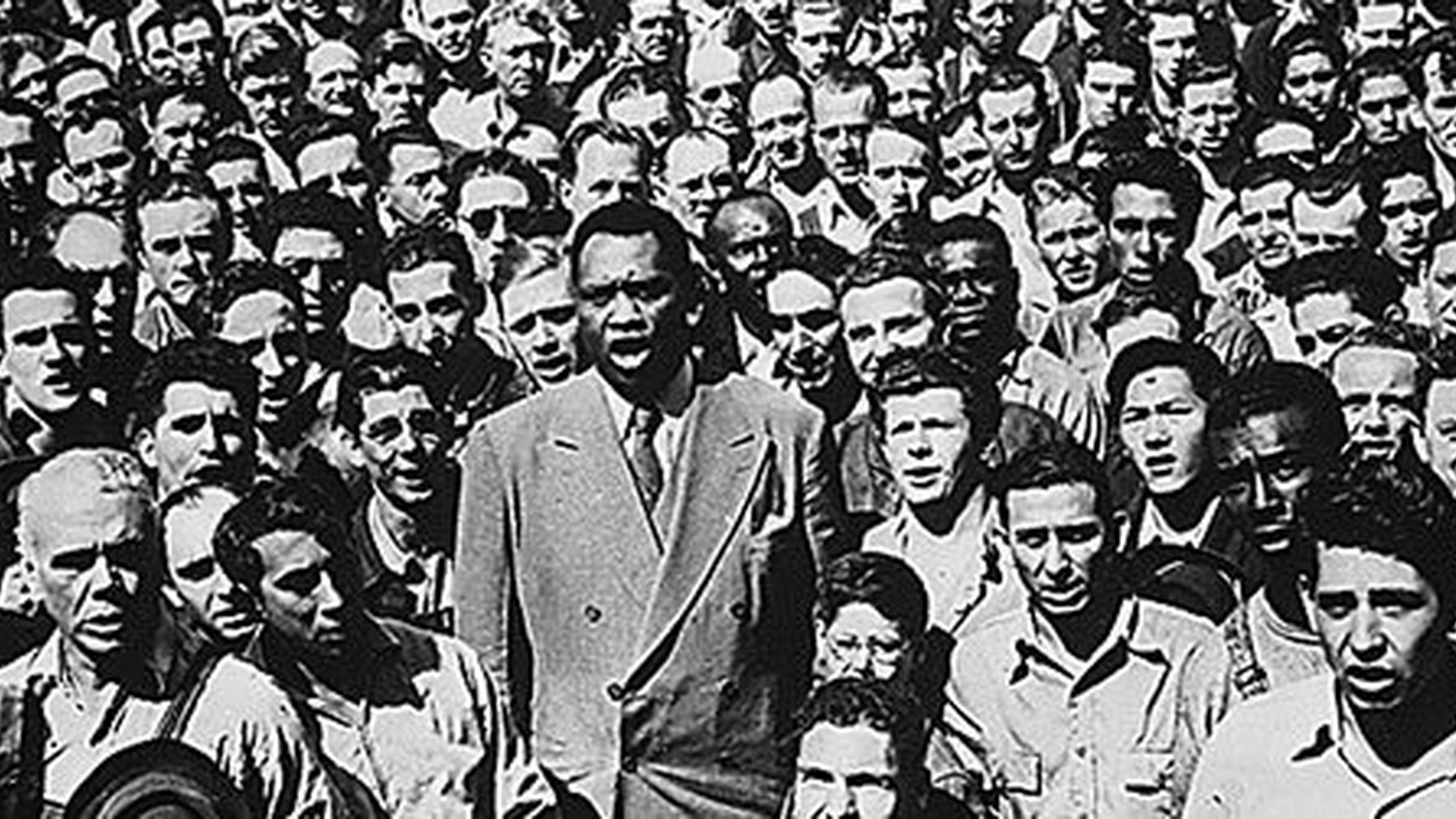 Writer Joel Whitney grew up near the site of the “Peekskill riots,” where Klu Klux Klan members violently attacked a Paul Robeson fundraiser concert for the progressive Civil Rights Congress. In a recent piece for Jacobin, Whitney reflects on how strange it is that he and his fellow classmates in the region “never heard about Robeson in our history or social studies courses.” Robeson, a socialist actor, singer, and civil rights activist, played an important role in 20th century American history, as Gerald Horne brilliantly documents in his 2016 biography “Paul Robeson: The Artist as Revolutionary.” Yet Whitney is just one of many Americans who didn’t learn about Robeson in school—and a familiar name has a lot to do with it: President Harry S. Truman.

The “Finks” author joins Robert Scheer to discuss the little-known Peekskill riots as well as Robeson’s legacy and his ties to the Soviet Union on this week’s installment of “Scheer Intelligence.” In 1946, Robeson helped found the American Crusade Against Lynching (ACAL), but rather than find support in Truman’s White House, the actor and musician was targeted by an anti-left witch hunt—that in many ways set the stage for McCarthyism—and was smeared as a “dupe of communists.”

“This climate of anti-communism and red-baiting served as the backdrop for his performance” in 1949 in Whitney’s hometown, the author explains. While exploring the significance of these riots, in which it became clear rioters wanted to kill Robeson, Whitney also effectively ties the harrowing episode and its erasure from U.S. collective memory to today’s “recent wave of right-wing hostility to leftist books, wokeness, and critical race theory.”

Listen to the full discussion between Whitney and Scheer as the two consider how a very American tradition of right-wing persecutions is still rearing its ugly head today, and why Paul Robeson is an American we should celebrate rather than forget.