The Border Story Our Leaders Don’t Want You to Hear Life, replete with its ups and downs, goes on in U.S. and Mexican border communities despite the political “calamity” unfolding all around them. “Calamity” is the word author Octavio Solis chooses to describe the refugee crisis that those in his hometown of El Paso are all too aware of at a time in which child detention centers are being erected by the current administration within view of a once “sleepy town.” Solis’ recent book “Retablos,” does not solely center on this tragedy, but rather is filled with stories and poetry that highlight the resilience of people living on both sides of the Río Grande as well as the common themes of human life that know no borders, be they natural or manmade.

In the latest installment of “Scheer Intelligence,” the author and playwright tells Truthdig Editor in Chief Robert Scheer how the community he comes from “never had to deal with a border until it was declared that in the Treaty of Guadalupe Hidalgo, around 1848, designating the Rio Grande as the border between the U.S. and Mexico.”

“We’ve always been here,” says Solis. “Humans, like the buffalo, like birds, like butterflies, are a migratory animal. We move all the time. And for centuries, we moved freely without borders, up and down this continent and into the next continent, and over rivers and streams and territories.”

Mexicans, Americans and Mexican-Americans are still living today with the consequences of the 19th century political decision that resulted in devastation and separation of families, friends and even ecosystems. Under the Trump administration, the same issues have taken on a new urgency as policies such as family separation and an extreme crackdown on undocumented migrants living in the U.S. are taking a traumatic toll on communities across the nation.

“The people that are here, and the people who are still arriving,” the “Retablos” author tells Scheer, “are being driven underground until they become an underclass, because they’re living in fear. They’re living in fear of deportation. So they’re not going to hospitals, they’re not getting inoculated, they’re not sending their kids to school. Because they’re just afraid of deportation. And that may cause--we don’t know if it will cause disease, if it will cause more crime.”

In addition to a rethinking of the nation-state and other concepts the fuel crises such as these, Solis’ response to the vitriolic xenophobia engulfing the U.S. is a simple, humane decree: “We have to open our arms to [immigrants], we have to take care of them … We have to find a way to really recognize that they’re part of the fabric of this great quilt that is the American experience.”

Listen to their powerful discussion about the perennial tales we all share as well as the unique pains of the people who, as the great labor leader Dolores Huerta often says, were crossed by the border. You can also read a transcript of the interview below the media player. 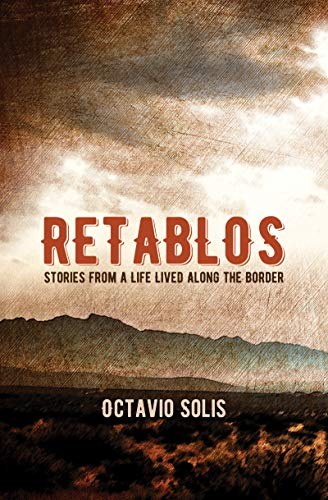