The man who turned America’s economy into a literal casino 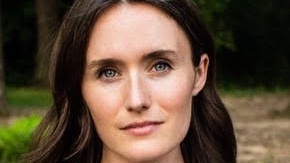 To anyone paying attention, the American economy sure feels a lot like a casino. The stock market has become increasingly gamified, and the consequences are felt by all of us, every day—even those of us who aren’t even invited to play. There’s actually a term for our financial system that uses these words: casino capitalism. What many don’t know, however, is that behind this new form of capitalism is a flesh-and-bones man with a certain sort of gambling addiction. His name is Bill Gross, and his is the story that Mary Childs, co-host of NPR’s “Planet Money” podcast, tells so compellingly in her book, “The Bond King.” Titled after the investment banker’s moniker, Childs’ book explains how Gross remade the bond market into a gambler’s paradise, and went on not only to found the investment firm Pimco, but to rig the entire U.S. economy in his favor.

On this week’s “Scheer Intelligence,” the author of “The Bond King” joins host Robert Scheer to discuss her book, Bill Gross, and the slew of antiheroes behind the 2008 financial crisis. In a gripping conversation, Childs and Scheer approach the crisis that destroyed the lives of thousands—disproportionately Black and brown Americans—and had devastating ripple effects around the world from different vantage points. Childs discusses her in-depth reporting and analysis of the role Gross and his banking buds played in the 2008 catastrophe. Scheer, who wrote “The Great American Stickup: How Reagan Republicans and Clinton Democrats Enriched Wall Street While Mugging Main Street,” points to all of the veritable heroes like Brooksley Born, former chair of the Commodity Futures Trading Commission (CFTC), who tried to keep men like Gross, Ben Bernanke, and others from creating the conditions for so many people to lose their homes and life savings.

Childs’ and Scheer’s perspectives make for an unmissable meeting of minds that will lead listeners one step closer to understanding how the U.S. economy works against 99 percent of us. The “Bond King” author, who has worked for Barron's magazine as well as the Financial Times and Bloomberg News, also comes to an eye-opening conclusion about American capitalism by the end of the conversation with Scheer, to which you can listen in full in the audio player.