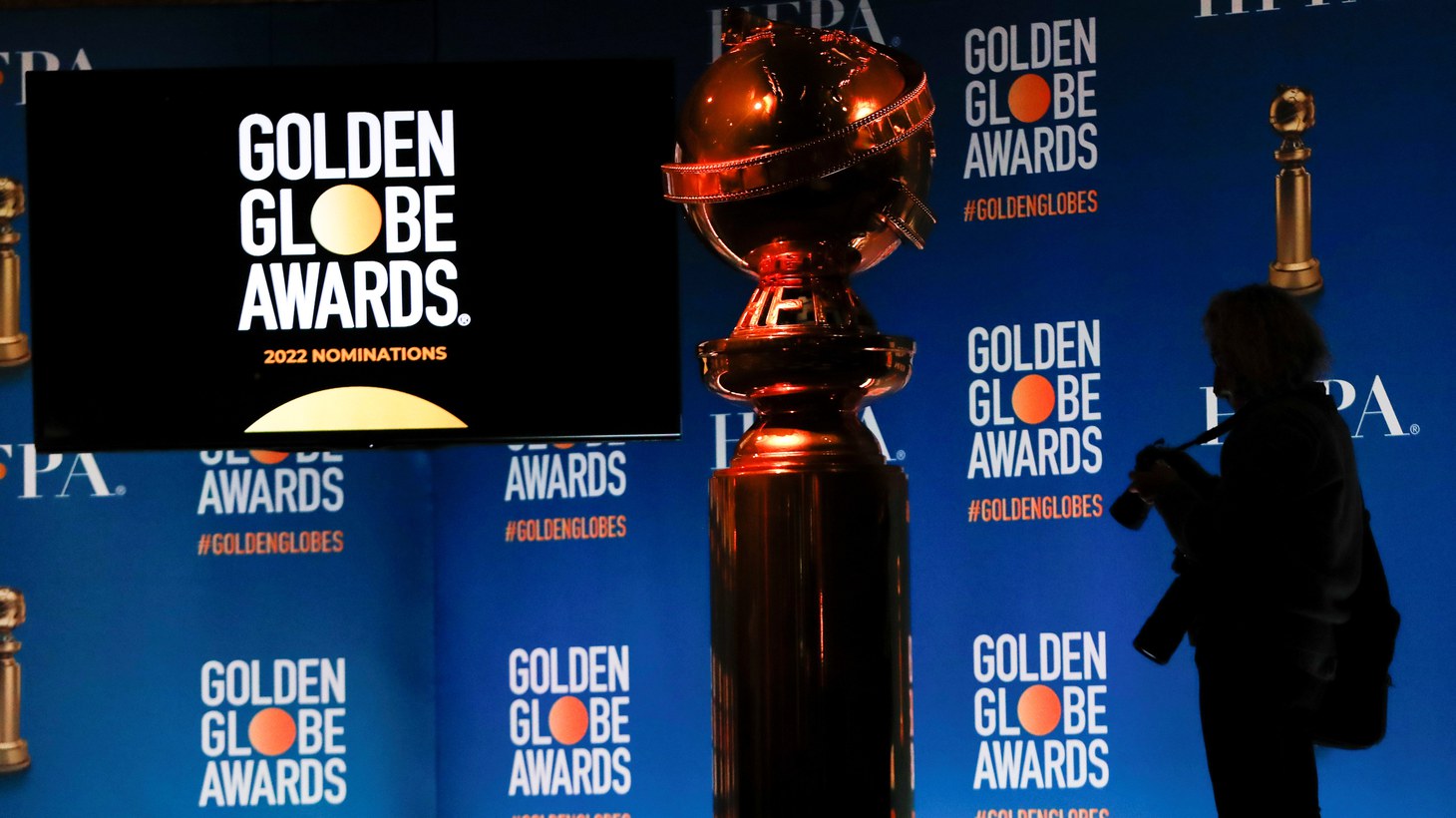 A photographer stands next to the Golden Globe statue before the 79th Annual Golden Globe Awards nominations announcement in Beverly Hills, California, on December 13, 2021. Photo by Mario Anzuoni/REUTERS.

The Golden Globes will officially return to NBC for its 80th edition in 2023. The award show was dropped by the TV network after a scathing 2021 Los Angeles Times exposé detailing several misconducts and unethical journalism dealings behind the Globes’ scene. Kim Masters and Matt Belloni discuss what its return means for next year’s awards season.

There are many questions posed by this deal

Kim: This whole exposé pushed it off the air. A lot of publicists who were hostile to the Globe's mobilized, and tried to murder it for once and for all. [But] there's a lot of money involved. NBC had promised $60 million a year through 2026 to broadcast this thing, and it was not broadcast. And people were annoyed this past January, when the Globes went ahead and did a show anyway, [but it] didn't get talent to turn out. There's so many, huge questions posed by this deal.

I'll mention in disclosure that the person behind this is Eldridge Enterprises, which used to own the Hollywood Reporter where I work and you used to work. But they are the ones who have tried desperately, Todd Boehly the head of it, to salvage this thing. Who hosts it? Who shows up?

The HFPA is remaking itself

Matt: There's two things going on here. First, this is the culmination of a couple of years of efforts that the Hollywood Foreign Press has made to show the industry that they are making strides to remake themselves as an organization. They added a bunch of new members. They're bringing in different voting members that will diversify the organization. They kicked out some people. They have new leadership. So they have made a lot of efforts.

And there's a vocal group of publicists that has been anti-Globes, but there are a lot of people in the industry that have wanted this show to come back. It is an incredibly powerful promotional vehicle in early January, at a time when the movie industry really needs it.

This is a risky undertaking

Matt: The second is this specific deal that the HFPA and Dick Clark Productions struck, so the old deal to broadcast the Globes on NBC is gone. This is a one-year deal, where they will get to essentially prove themselves, and then the owners of the show will have to shop the show to a potential different buyer. NBC could bid or there could be others that emerge. But this is a very risky endeavor that they are undertaking.

Kim: Nothing sprung up to replace it. I know that their organizations were dreaming that they could, but that hasn't happened.

A promotional vehicle for the Academy

Kim: I thought the Academy [would] be happy if they [didn’t] have to deal with the Globes, but I gathered the Academy would not be happy because they do feel it's an important promotional vehicle.

Matt: As much as the Globes [has] stolen the Oscars’ thunder by getting a lot of the same winners, and we're hearing the speeches for the first time, I think the sense right now is that this whole notion of an award season –  where people get excited about movies, they see more of the movies earlier – that does ultimately create more interest in the Oscars, which is ultimately dependent on whether people are interested in the movies. So the industry does feel that they need this show to come back.

Keep in mind the SAG Awards, which is one of those that has been trying to muscle in on the Globes - doesn't even have a broadcast outlet for next year as of now. They've been kicked off of TNT and TBS because those outlets didn't want to renew.

There is still value in award shows

Matt: That's the environment we're in right now: these shows do get lower viewership than they once did. They are expensive to produce. And the value proposition for these networks is going down.

NBC does recognize there is value in the Globes, but they're moving them to Tuesday night, off of Sunday where they would have had to compete with football. And it's different than it once was where you could count on 20, 30 million people tuning into these award shows.

Kim: The Globes on a Tuesday night? I'm not expecting that it is going to provide an easy answer for anybody.