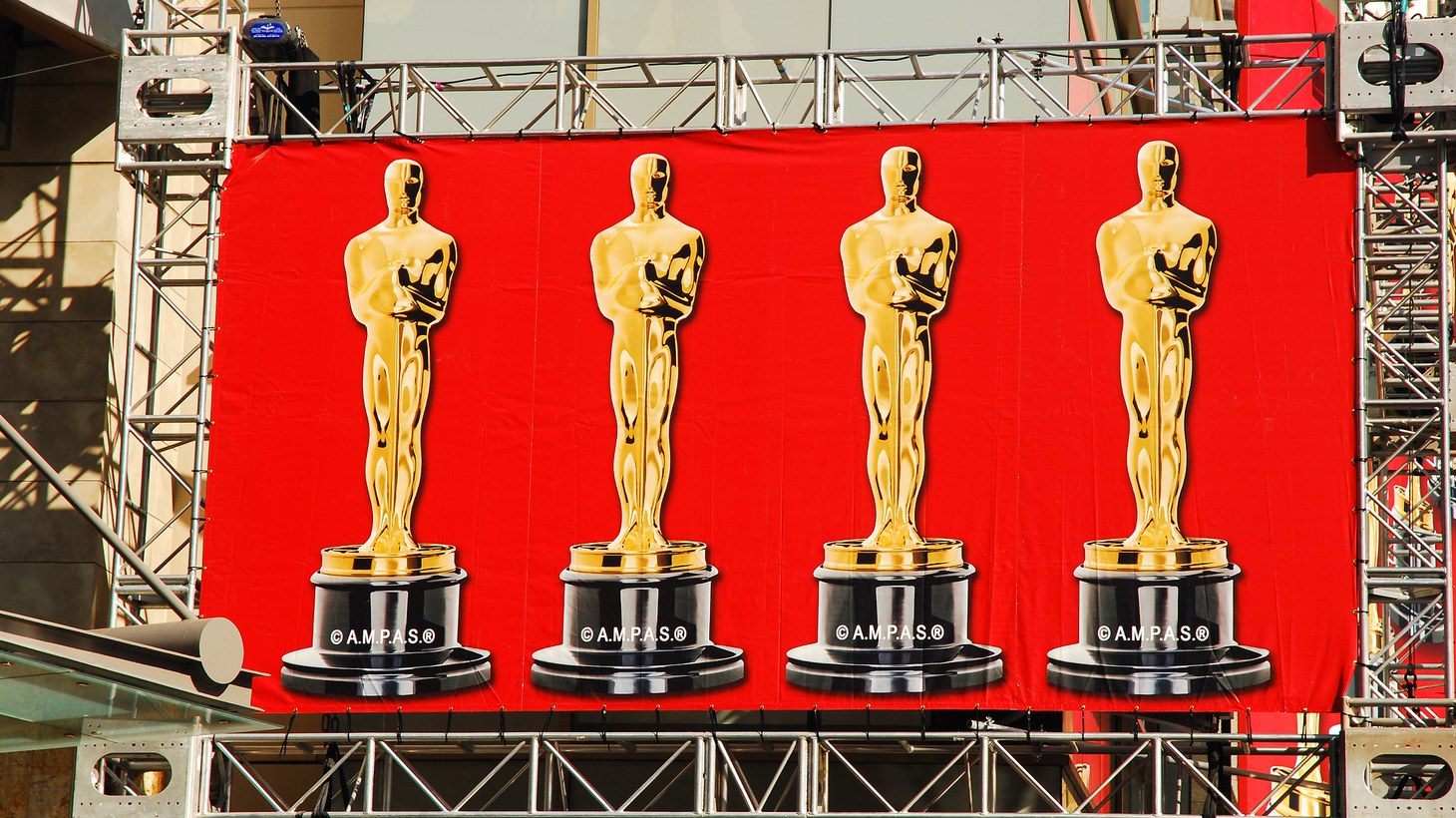 A banner highlighting the Oscars hangs along Hollywood Boulevard in Los Angeles, California. Photo by Shutterstock.

Usually by now frontrunners have emerged for the major awards at the Oscars, but this year is a a weird one. Fall expectations for a normal, in-person movie season were thwarted by the emergence of the Omicron variant. And opinion hasn’t coalesced around the potential winners.

In the year after the lowest-rated Oscars ever, the Academy still appears to be grasping at straws to figure out how to appeal to a broader audience. The highest grossing films of the year for the most part don’t match up with the movies getting nominated by the Academy.

The 10 nominees for Best Picture don’t include the mega hit “Spider Man: No Way Home,” but the Academy is trying to use voting on Twitter to get popular films featured again.

ViacomCBS is no more — its new name is Paramount Global. And CNN gets messy with high-profile departures and accusations of journalistic misconduct and worse.

Awards season is here, with no clear frontrunners. After last year’s dismal ratings, Hollywood is asking: do enough people still care about the Oscars?