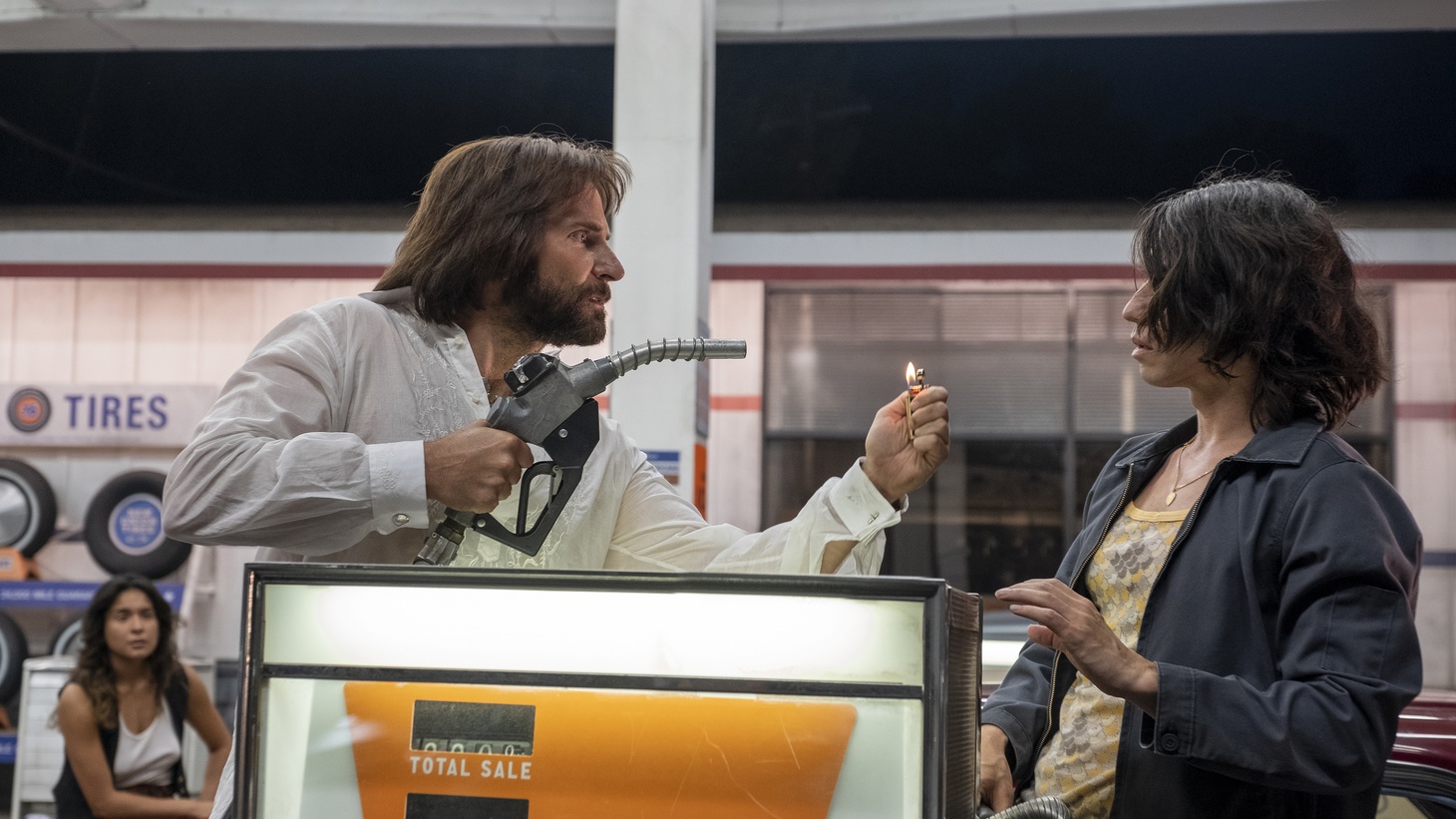 Multi-hyphenate Bradley Cooper is out with two new films. There’s “Licorice Pizza,” in which he plays real-life wild man producer Jon Peters, and “Nightmare Alley,” where he stars as carnival worker-turned-con man Stanton Carlisle. Cooper commits to all his roles but says it was a challenge to bare all in Guillermo del Toro's dark drama, “Nightmare Alley.”

In the first of a two-part interview, Cooper talks about how he prepared for each role. His short but memorable turn as Jon Peters was just nominated for a SAG Award.

And Cooper has another connection to Peters — Cooper made 2018’s “A Star is Born,” a remake of a 1954 film that producer Jon Peters had already re-made in 1976 with his then-girlfriend, Barbra Streisand. Cooper tells KCRW why he was so committed to writing and directing a remake of a remake, even though everyone told him not to do it.