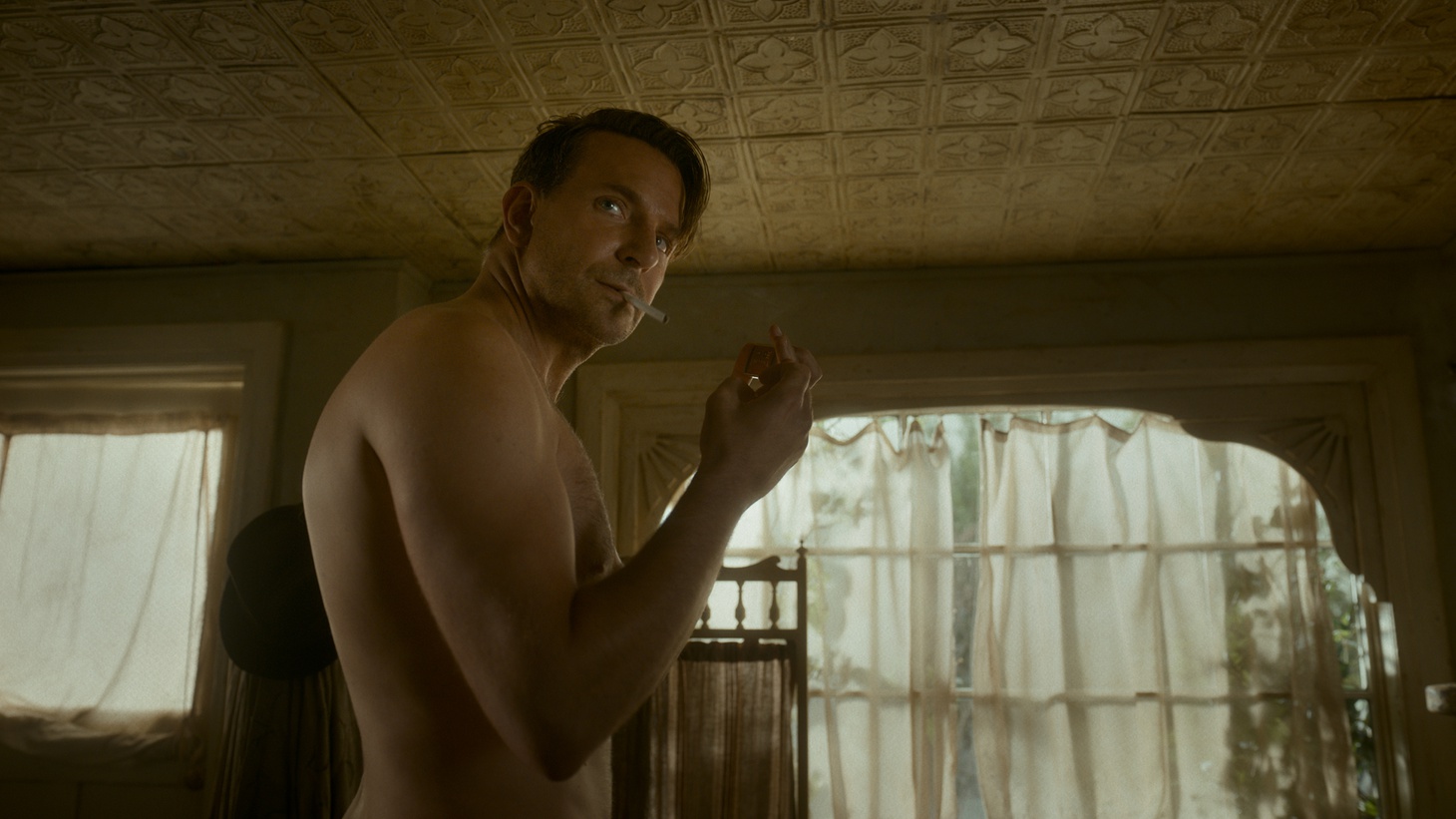 Bradley Cooper’s been nominated for an Oscar eight times — only four of those for acting. He had a Best Adapted screenplay nomination for “A Star is Born” and picked up a couple of Grammys for that one too.

He’s been nominated for Best Pictures Oscars three times as a producer — for “A Star is Born,” “American Sniper” and “Joker.”

Now Cooper is yet again in the awards race for roles in two films: “Licorice Pizza” and “Nightmare Alley.”

At one point, Gary starts selling waterbeds, and he makes a memorable delivery to Bradley Cooper in a brief but memorable turn as hairdresser-turned-producer Jon Peters. That role has landed him a SAG Award nomination for Best Supporting Actor.

KCRW’s Kim Masters knows a thing or two about Peters. Along with Nancy Griffin, she wrote the 1996 book “Hit and Run.” It tells the story of how Peters, a seventh grade dropout, became a producer, made some hits, and eventually teamed up with a much slicker player, Peter Guber. The pair ended up in charge of Sony, where they got really rich, but their disastrous tenure ultimately led the studio to write down more than $3 billion.

KCRW’s wide-ranging discussion with Cooper kicks off with talk of Jon Peters. Cooper was interested less in portraying the real man, and more in how he was a character who worked in service to the larger story being told.

Cooper also discusses how he prepared to star in “Nightmare Alley,” the newest film from Guillermo del Toro, the filmmaker behind “Pan’s Labyrinth” and Best Picture winner “The Shape of Water.”

Set in the dark world of a 1940s carnival, “Nightmare Alley,” stars Cooper as Stanton Carlisle, a man on the run who finds refuge among a group of carnies who ask no questions about his past.

A couple who run a mind-reading act teaches him the tricks of their trade, and Stan soon finds he’s got a gift for conning people.

Cooper says he had no intention of starring in another movie before directing his next project, but then heard from Guillermo del Toro.

Cooper took boxing lessons to prepare to play Stan, and Del Toro and Cooper formed a deep bond during “Nightmare Alley’s” production, which turned into a long and difficult shoot, partially because of the pandemic.

Another challenge for Cooper? Baring all for del Toro’s dark drama.

This is the first of a two-part interview with Cooper. Next week, Cooper talks about his career as a producer on movies including “Joker,” how he found the voice of Marvel’s Rocket Raccoon, and his anxious thoughts on the future of the movies.