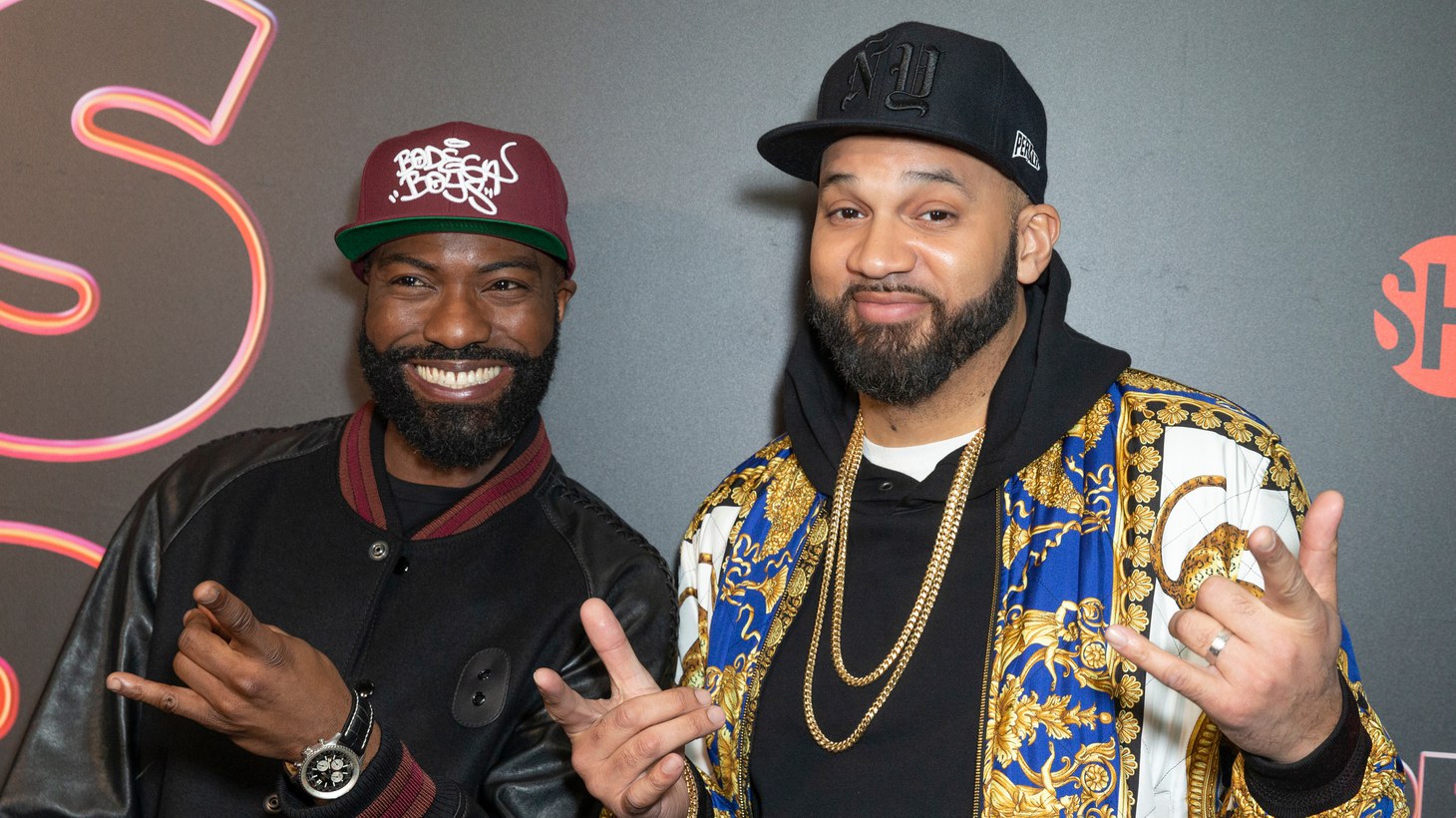 “There's a general feel for concern about the content we make [at Showtime] and the staff, and you don't generally get that as some of the other networks that we've had,” Desus Nice says. Desus (left) and The Kid Mero attend the premiere of their late-night series “Desus & Mero” at the Clocktower New York Edition New York, on February 21, 2019. Photo by Shutterstock.

Comedians Desus Nice and The Kid Mero have careers that span from social media to television’s late-night show scene. Today, they host “Desus & Mero” on Showtime. The duo started being funny on Twitter, which opened doors, but also made them understand their craft.

“Sometimes you’re just tweeting away and it’s not getting you anywhere. You see people and they have really great tweets, and they’re basically just giving away genius ideas, or genius jokes for free, then you don't even technically own your tweets after you put them up,” says Desus.

Desus and Mero join Kim Masters to discuss their progress from tweeting at their day jobs to a career in podcasting, to web series, to their self-titled “Desus & Mero” TV show, and what’s next.

“I'm a father of four, so I see stuff like ‘Captain Underpants’ or ‘Dog Man,’ and it's not just a book. It's a cartoon, it's merchandise,” Mero remarks. “I'm particularly interested in the children's book space because it's something that can create an empire.”