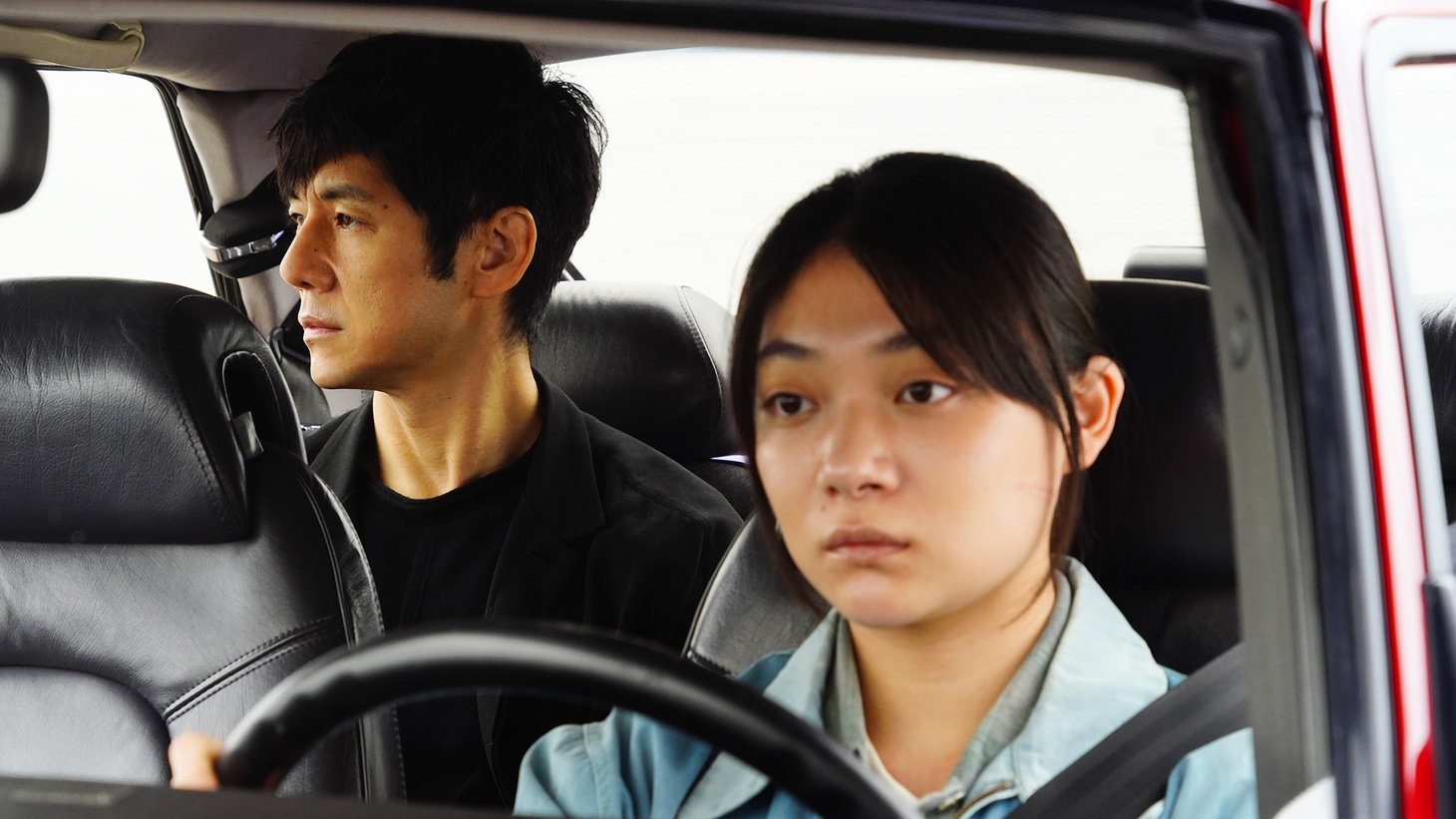 Japanese director Ryusuke Hamaguchi's film “Drive My Car” has drawn glowing reviews from nearly every critic who’s seen it. It picked up three awards at Cannes, won Best Foreign Language Film at the Golden Globes, and is up for four Oscars: Best Director, Best Adapted Screenplay, Best International Film,  and it’s the first Japanese film ever nominated for Best Picture.

The film is an adaptation of a short story from renowned Japanese author Haruki Murakami, whose work explores the inner lives of characters and is notoriously difficult to translate on screen.

“Drive My Car” follows Yusuke, a theater director played by Hidetoshi Nishijima, who initially seems to have a romantic and fulfilling relationship with his scriptwriter wife. But all is not as it appears. A few years later, Yusuke – now flying solo – is invited to direct a production of Chekhov's “Uncle Vanya” at a theater festival in Hiroshima.

By design, the actors in Yusuke’s “Uncle Vanya” production all speak different languages, including Mandarin, Tagalog, and Korean sign language. They have to learn to communicate the emotions of the play without knowing the meaning of the words they’re hearing. And Yusuke casts as lead actor in the play a handsome younger man who had an intimate connection with Yusuke’s wife.

Yusuke finds long solo drives in his red Saab to be central to his work process, and is reluctantly forced by the theater company’s rules to accept the services of a young woman driver. But it’s during their long car rides that profound conversations unfold and truths are revealed.

The warm reception of this Japanese cinema was helped in part by Bong Joon-ho, who won the Best Picture Oscar for “Parasite” two years ago. That Korean film grossed $263 million worldwide and was an enormous hit in Japan. As Hamaguchi explains, that success opened the door for him to have more freedom to create “Drive My Car” without financial worries.

Another key has been working with producers who can see his artistic vision – and who don’t force him to make painful cuts to his very, very long films. Running three hours, “Drive My Car” is much longer than typical Hollywood fare, though Hamaguchi points out that Japanese art house cinema has released much longer films. In fact, he made his first major showing on the international scene in 2015 with a five hour, 17 minute film called “Happy Hour.”

“Once I get an okay from the producers, I try not to overthink it,” Hamaguchi says. “I just take those words to heart and say, ‘okay, this is going to be fine.’”