The Business producer Darby Maloney talks with Eliza Skinner and Jackie Beat, two of the writers who walked out on strike off of E!'s Fashion Police in April. With the backing of the Writers Guild of America, the writers argue their jobs fall under the Guild's jurisdiction as a comedy-variety show. This past week the writers put a video online calling for Joan Rivers, a lifetime member of the WGA and a co-host on the show, to get behind them. Also joining the conversation is Neal Sacharow of the WGA West. 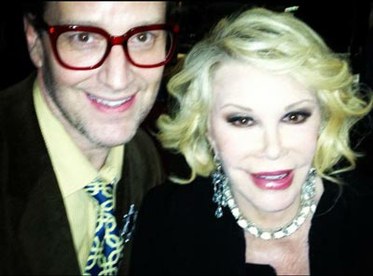 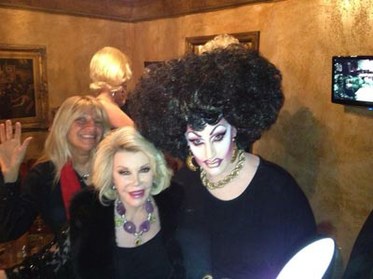 The Business producer Darby Maloney talks with Eliza Skinner and Jackie Beat, two of the writers who walked out on strike off of E!'s Fashion Police in April. With the...

The Writers Guild of America East has charged that Joan Rivers has "violated the union's rules by writing and by performing showrunner duties for the E! Network show Fashion...

END_OF_DOCUMENT_TOKEN_TO_BE_REPLACED
KCRW's Good Old Fashioned Pledge Drive:  Donate by MIDNIGHT TONIGHT for your chance to win the soon to be released Apple iPhone 13 and support the music, news, and culture you love.