One of those nods is for Sterling K. Brown, who is up for Best Supporting Actor for his role as Christopher Darden, a prosecutor placed in an impossible situation. Other actors were offered the role of Darden first, but turned it down. Brown, however, was excited to have the opportunity to portray Darden in all his complexities, and to re-examine his own previously-held judgments.

In real life, Darden is the one who asked O.J. Simpson to try on the infamous glove; it’s failure to fit is remembered as the nail in the coffin for the prosecution.

In the FX series, we see Darden, as portrayed by Brown, eager to make a dramatic move in the courtroom that will prove without a doubt Simpson is guilty. Prosecutor Marcia Clark, played by Sarah Paulson, doesn’t see the point in taking the risk, considering all the other evidence they already have.

But when the moment arrives, Darden, unable to heed his partner’s advice, can’t stop himself. It’s one of the most memorable moments in the whole series, and one that Brown tells us, as he was acting, was able to trick himself into forgetting how the scenario actually ends, and ended up feeling real anger and annoyance towards Cuba Gooding Jr., who played Simpson. 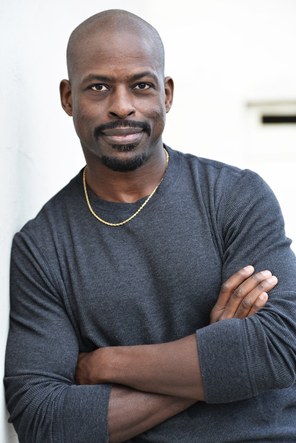 Brown is a career actor who spent seven years on Army Wives. But he tells us the FX series has put him on the map in a way he wasn’t before. He next appears in the upcoming NBC dramedy This is Us.

As Grease: Live opens, performer Jessie J sings “Grease is the Word” as she winds her way through bustling high school sets, backstage hallways, dressing rooms and even...