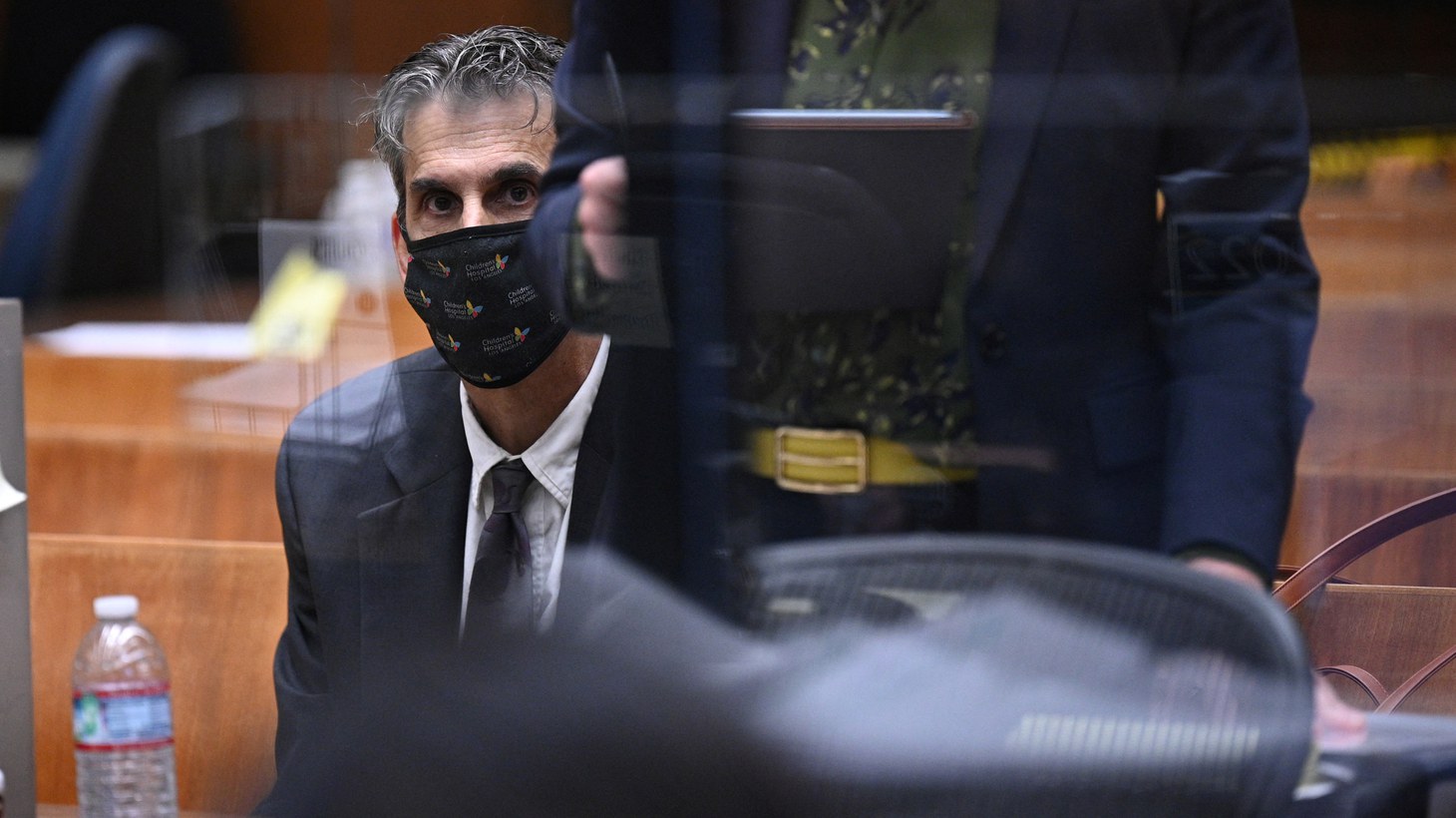 Former Hollywood producer Eric Weinberg appears at his arraignment in Superior Court in Los Angeles, on October 25, 2022. Weinberg is charged with 18 counts of sexual assault. Photo by Robyn Beck/REUTERS.

The Hollywood Reporter published a story about former producer Eric Weinberg, written by Samuel Braslow and the magazine’s editor-at-large Kim Masters. Braslow has been reporting on Weinberg’s misconduct for years.

Though his fall happened long before #MeToo was a movement, like Harvey Weinstein and Danny Masterson, whose rape trial is wrapping up, Weinberg has been arrested and is on trial facing 18 charges of sexual assault, including rape.

Weinberg had worked in the industry for 20 years, despite multiple complaints of egregiously misogynistic and inappropriate behavior at work, including in high profile shows like “Veronica’s Closet,” Bill Maher’s “Politically Incorrect,” and “Scrubs,” his highest profile job. But, in 2006, he was fired from “Scrubs” for alleged misconduct, to subsequently be hired on the show “Californication.” Despite the reported misbehavior, he continued to get jobs in Hollywood. Was there a culture of complicity?

Plus, entertainment service companies will face tough times ahead, and plan to announce hiring freezes and layoffs soon.

Kim Masters: [Eric Weinberg’s] agents at ICM continued to represent him for years, and he went from show to show and this behavior appears to have escalated rather than the other way around.

The haunting phrase from this piece is, one of the writers who worked with him said his behavior in these rooms was such that she wondered if he was “not hiding in plain sight.” Not that people suspected that he was a criminal of this alleged nature, but that his behavior stood out in terms of misogyny and inappropriate conduct in these rooms.

People protect each other

Matt Belloni: It really gets to the nature of the comedy network, comedy writers. This guy could be an avatar for the past 20 years of the entertainment business: if you are in this club, people will vouch for you, and it doesn't really matter.

Clearly, Bill Lawrence, and a lot of these guys on “Scrubs” knew what happened and what they have said publicly about what happened probably doesn't quite match the level of behavior that actually went on. And yet, he continued to get work.

When you get these other jobs, you get them because these showrunners will call up the previous employers and say, “Hey, how is this guy?” That's how it happens. That's how someone can go from one show to another despite this horrible behavior that's been alleged, and continue to work. People protect each other.

“It didn't seem unusual to me”

Masters: We talked to Amy Sherman Palladino, who worked on “Veronica's Closet” and she made a point, an important one, that writers have to be free to say a lot of off-color things or body things to get to “the comedy gold,” as she put it.

But she said that this writers room, “Veronica's Closet,” was the one of the most toxic, so toxic, actually, that she walked away from sitcoms. She went on to create “Gilmore Girls” and the “Marvelous Mrs. Maisel,” but she described an environment that was [pornographic] in the writers room, [with] blow up sex doll hanging from the ceiling.

We heard from these various women writers. This was not subtle behavior at all to the women on these shows, and yet, when we talked to some of the men, they were like, “Well, it didn't seem unusual to me.”

“People have to be free to say off-color things”

Masters: There was litigation over the environment in the “Friends” writers room, but it was dismissed.

Belloni: That was a key case because in the “Friends” litigation that was the exact argument. A writer's assistant sued and said it was a hostile work environment that she was forced to be exposed to. The argument from Warner Bros. was essentially, “That's how you make a TV show. People have to be free to say off-color things, even if they [are] shocking, or over the top.”

Ultimately, it went through the court system, and that argument prevailed that you can say things you would not be normally entitled to say in the workplace, if you're working on the kind of content that does have a racier side to it.

Belloni: So that was probably a little bit of a, not a get out of jail free card, but decisions like that did embolden a lot of writers to think that, “Whatever I say is fine.” But it sounds like from the stories told in [The Hollywood Reporter piece] that this guy's behavior was way over the top.

Masters: Several women actually did tell us they thought that the failure of the “Friends” litigation made things worse for them. Let's hope that they are better now.

Plus, Winter is coming for show biz

Masters: David Zaslav of Warner Bros. Discovery is talking about what's going on with the ad market, that it's going to make things very, very tough. Places from Endeavor to Paramount [are] announcing hiring freezes, layoffs. It's getting to be a very difficult time in the business.

Belloni: This is really only the beginning. Warner Bros. Discovery has said that they had hoped to be finished with the resizing and reorganization by the end of this year. But that was before we saw the projections into the first quarter of next year, in which the ad market is not expected to do very well.

Zaslav also said it's going to be difficult for them. They're already reduced to $12 billion in EBITDA that he was projecting for the year, and if they don't meet that, they're going to have to [make] further cuts.

Recession is already here for the ad market

Belloni: Paramount Global is doing the same. [Disney’s] Bob Chapek put out a memo this past week to his leader saying essentially, “We're looking at our cost structure and that's going to include a downsizing and some people are gonna be let go.” Everyone's on edge. This is kind of the playbook for when you hit a recession, and it's clear that at least in the ad market, the recession is already here.

Masters: The holidays might be grim for a lot of people, unfortunately.

Former producer Eric Weinberg got jobs in Hollywood despite repeated complaints of his inappropriate behavior in writing rooms. Was there a culture of complicity?