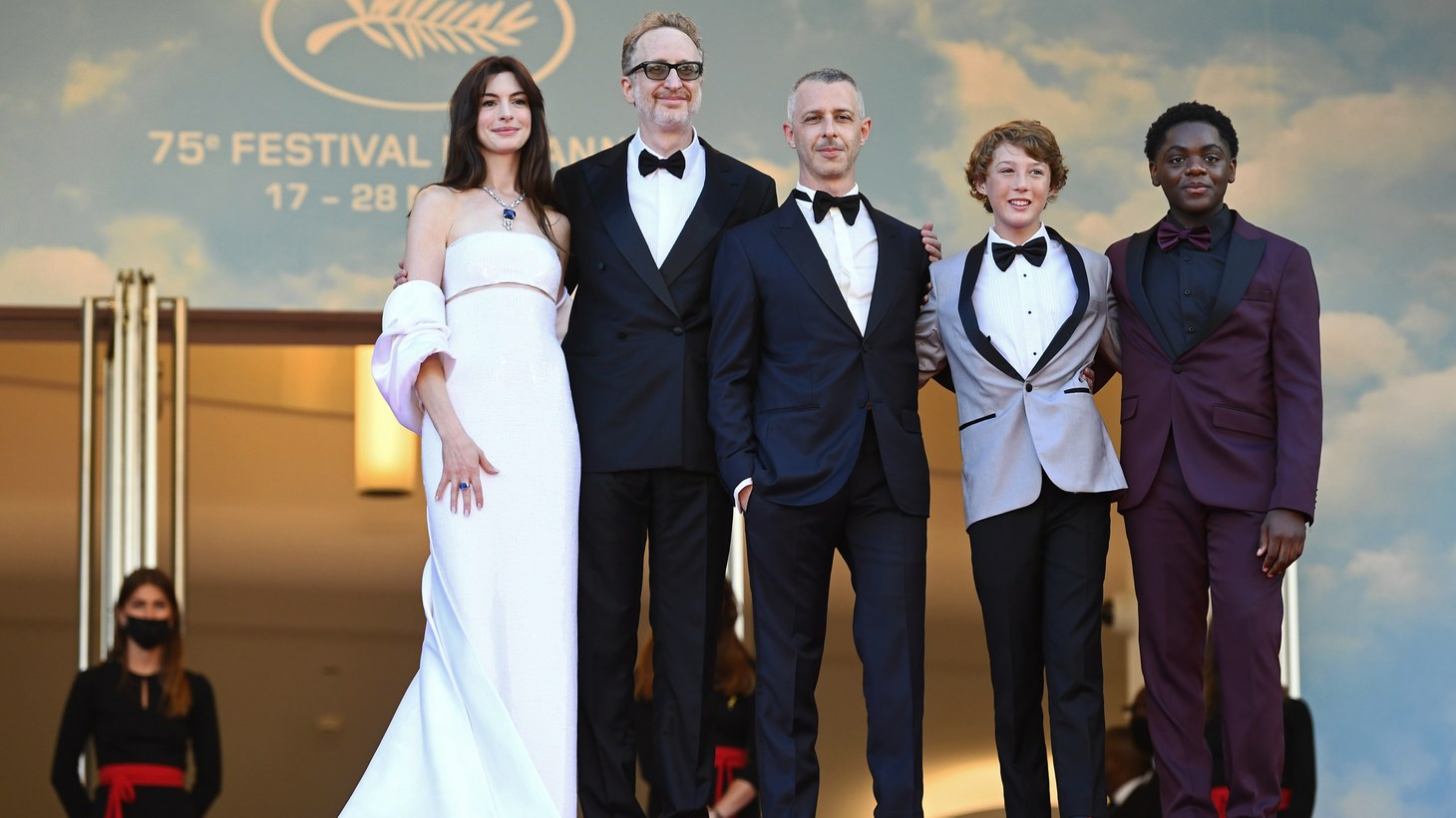 Filmmaker James Gray was in Paris directing “The Marriage of Figaro” at the Théâtre des Champs-Elysées in 2019. It was his operatic debut and he was enjoying working with the singers and the conductor. But he was living away from his family and feeling adrift, so he started writing his next project, “Armageddon Time.”

“I just was trying to do something personal that I remembered that, frankly, upset the hell out of me,” he says.

“Armageddon Time” is a coming-of-age tale based on Gray’s own childhood in 1980s New York. It’s a deeply personal reflection on family strength, the complexities of friendship, class and privilege seen through the eyes of a 9-year old Jewish boy growing up in Queens and reflecting about the American Dream. Gray also produced and directed the film, which features Anthony Hopkins, Anne Hathaway, Jeremy Strong, Banks Repeta, and Jaylin Webb.

Peter Kujawski, Focus Features chairman, says he first read the script of “Armageddon Time” in the Summer of 2020, and was instantly drawn to it.

“When you read the movie you are immediately struck by this thing that becomes universal because of how personal and how deeply specific it is about the world, and the characters, and the experience in the family,” he observes. “[And] it's using that as the doorway and the entry point to talk about a lot of things that should be talked about and should be discussed in this world of ours.”

He continues, “You immediately digest that [Gray] had created something that was actually pointing to a lot of the things in the culture that are hidden in ways that we don't anticipate or expect, and are more insidious as a result of how some of these ideas can take root and take hold quite unintentionally.”

After reading the script, Kujawski says it was “an easy yes” to greenlight the project, and it was just a matter of finding a way to support Gray to make the best version of the movie.

Gray says he didn’t know about how Kujawski got involved with the film. However, he was pleased to hear Kujawski’s opinion, specially because he “was filled with terror about ever being able to make [the] movie.” Gray admits that he comes from a different point of view from Kujawski.

Before Kujawski became a film executive, he was a student of producer, director and screenwriter James Schamus. He explains he was mostly interested in the art of films. “I was always drawn to the films first, and then figuring out a way to be involved with [them],” he says.

But in college, the film executive realized he liked the business side of filmmaking more than writing and directing.

“I loved what that part of the business was all about, and finding people who actually had talent, had really interesting things to say, and finding a way to get into the world, empower that, and get that made,” he admits. “I'm certainly in the kind of position where I wear both points of view of every part of what I do.”

Focus Features signed up to distribute “Armageddon Time” in the United States.

Though the film started getting the support it needed to be made, Gray says he had some apprehension about how his family would react to the semi-autobiographical drama, especially his father.

“I feel a slight measure of relief that I didn't have to show [my father] the movie,” he says. Gray’s father died about two months into the film’s edits, and they were on good terms. Gray’s mother, he believes, “Would have been appalled,” by the movie.

His mother died not long after he went to college in Los Angeles to attend film school at the University of Southern California.

“I had dreamed of going either to NYU or to UCLA because Martin Scorsese went to NYU and Francis Coppola went to UCLA. They were my heroes, and so of course, I wound up going to USC,” he jokes. “I loved the experience, but it was certainly a culture shock when I got to Southern California in 1987. [I had] never seen anything like that in my life.”

After school, he moved back to New York, but eventually returned to Los Angeles, he says, because of Harvey Weinstein to work on “The Yards,” a film Gray directed and wrote for Miramax, Weinstein’s company. Gray describes he was “scarred by [Weinstein]” during that production.

Gray says Weinstein handed him and Matt Reeves, the film’s co-writer, a videotape with footage of “The Yards” that Gray had shot, but it was completely re-edited, and said, “Here's your movie. Enjoy!’” Weinstein’s film was “completely incoherent.”

Gray moved on from that bad experience to direct other successful films, including “The Immigrant”, “The Lost City of Z,” and “Ad Astra.” His latest “Armageddon Time” premiered at the 2022 Cannes Film Festival on May 19, to a 7-minute standing ovation.

The production, however, ran into several problems because of COVID, including the failed casting of Robert De Niro, Oscar Isaac, Donald Sutherland, and Cate Blanchett.

“The schedules of everybody kept shifting and moving around, and whether we could get insurance for production, it became like an impossibility,” he recalls. “My God, it was just a complete mess.”

At the end, Hathaway was cast to play Gray’s mother, and Strong, his father.

“They look and act basically exactly like my parents did,” Gray remarks. “I didn't ask them to do a rich little impersonation. They always wanted more photographs and more research, and I was always, ‘No, I want you to absorb the soul not to do an imitation.’ Of course, what happens is, they wound up doing exactly what my parents would do in a given situation, and I don't understand that at all.”

Gray concludes, “It was sort of like watching the Beatlemania version of my parents. Very weird.”

Former producer Eric Weinberg got jobs in Hollywood despite repeated complaints of his inappropriate behavior in writing rooms. Was there a culture of complicity?