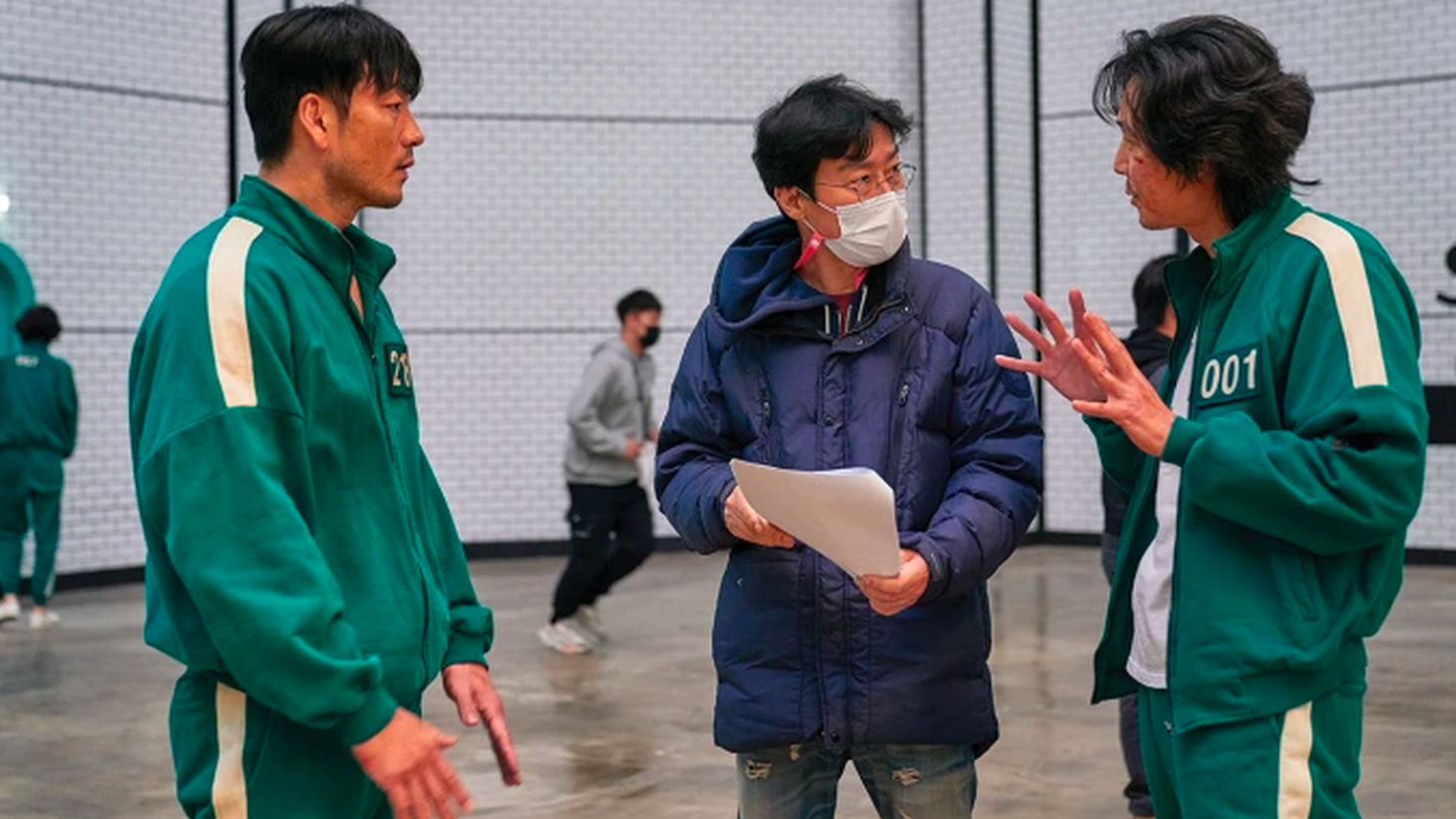 “Squid Game” creator Hwang Dong-hyuk had never written a TV series before, but after a decade conceptualizing it, he created an unprecedented global sensation. “Squid Game” is about a dystopian survival competition where hundreds of cash-strapped players aim for a multi-million dollar cash prize.

The show has become No. 1 in 90 countries and the most-watched Netflix program of all time. The USC-trained filmmaker had big ambitions for the project, but was blown away by how many people worldwide are fans.

“I wanted to make a global TV show. My goal was hitting number one in the U.S. Netflix rank. But I never expected this kind of big success,” he says.

When Hwang proposed “Squid Game,” it was considered too weird and too violent. So while he searched for investors for that project, he directed three acclaimed films: “The Crucible,” “Miss Granny,” and “The Fortress.” In 2018, Netflix took a closer look, “got hooked,” and greenlit the show. The streaming service’s global platform gave the show visibility and a massive audience. With all the achievements, Hwang has agreed to work on season two, which could be out by the end of 2023 or 2024. And the streaming service may be spawning a “Squid Game” universe.