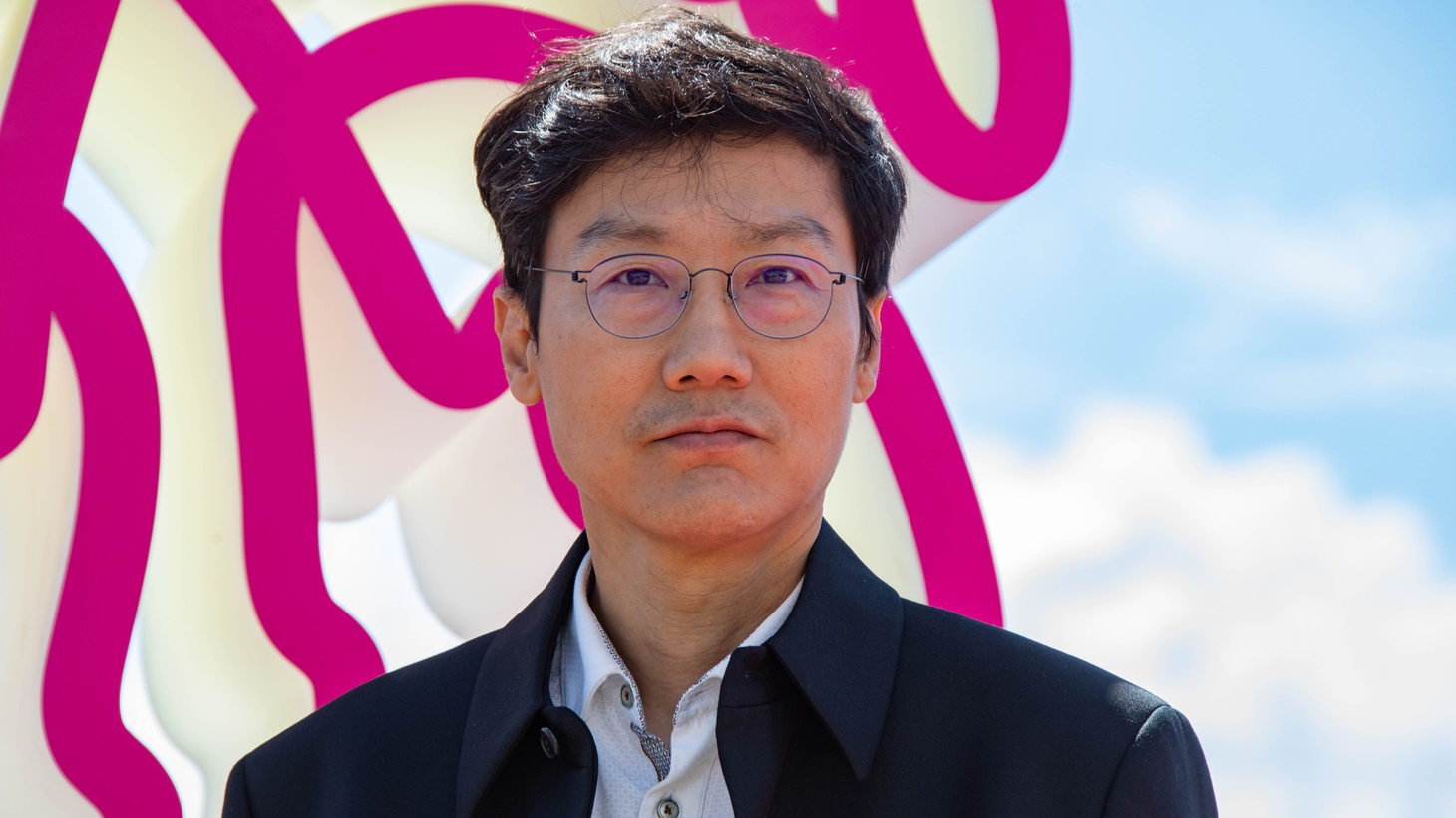 “Squid Game” creator Hwang Dong-hyuk wasn’t sure anyone would like the series. “I didn't expect everyone, all over the globe, from the 5-year-old kid to 80-year-old [to watch it],” he says. Photo by Shutterstock.

“Squid Game” is South Korean director Hwang Dong-hyuk’s dark, dystopian vision of a fictional contest set in Korea, where 456 deeply indebted contestants compete in children’s games, hoping to win a life-changing pile of cash. They’re overseen by faceless pink soldiers, and if they lose a game, they die.

When Netflix released the series deep into the COVID pandemic last September, it quickly became the most-viewed show of all time on the platform. According to Netflix, people watched 1.65 billion hours of the show during its first four weeks.

“I was very confident about how people liked this series. But I didn't expect everyone, all over the globe, from the 5-year-old kid to 80-year-old [to watch it],” says Hwang.

And as the creator, solo writer, and director of the nine-part series, Hwang was almost single handedly responsible for this enormous accomplishment of his first foray into television. However, he attributes Netflix’s global presence as “the main factor of [its] success.”

Hwang studied film at USC, but returned to Korea where he had a successful career making and releasing four feature films since 2007. And while his own family experienced the economic turmoil of the Great Recession in 2008, he was inspired to write “Squid Game.” But he couldn’t land financing for the story, deemed too disturbing and surreal at the time, so he shelved it.

He dusted off the idea and 10 years later brought it to Netflix, which had launched in Korea two years prior. The streaming platform greenlit the project, but Hwang says he made them wait. “I had to convince myself that I [was able] to make this happen because I had never written any TV show in my career.”

Hwang says it was a lot of work and the process was long, taking six months of pre-production, plus eight months of shooting to complete the series that has become a worldwide phenomenon, inspiring Halloween costumes, SNL parodies, and a die-hard fan base.

“Squid Game” performances have already broken many barriers in the awards race, with lead stars Lee Jung-jae and Jung Ho-yeon both winning SAG awards, a first for a non-English speaking series.

Now Netflix is pouring in money into a sequel. Hwang confesses that his initial probability for making a follow-up was “about 2%.”

“If this season was not as successful, I wouldn't do season two, never,” he says.

Season two may come out at the end of 2023 or 2024 on Netflix. After that, Hwang has announced plans to make another feature film, which he’s calling “Ko Club,” short for “killing old people club.”