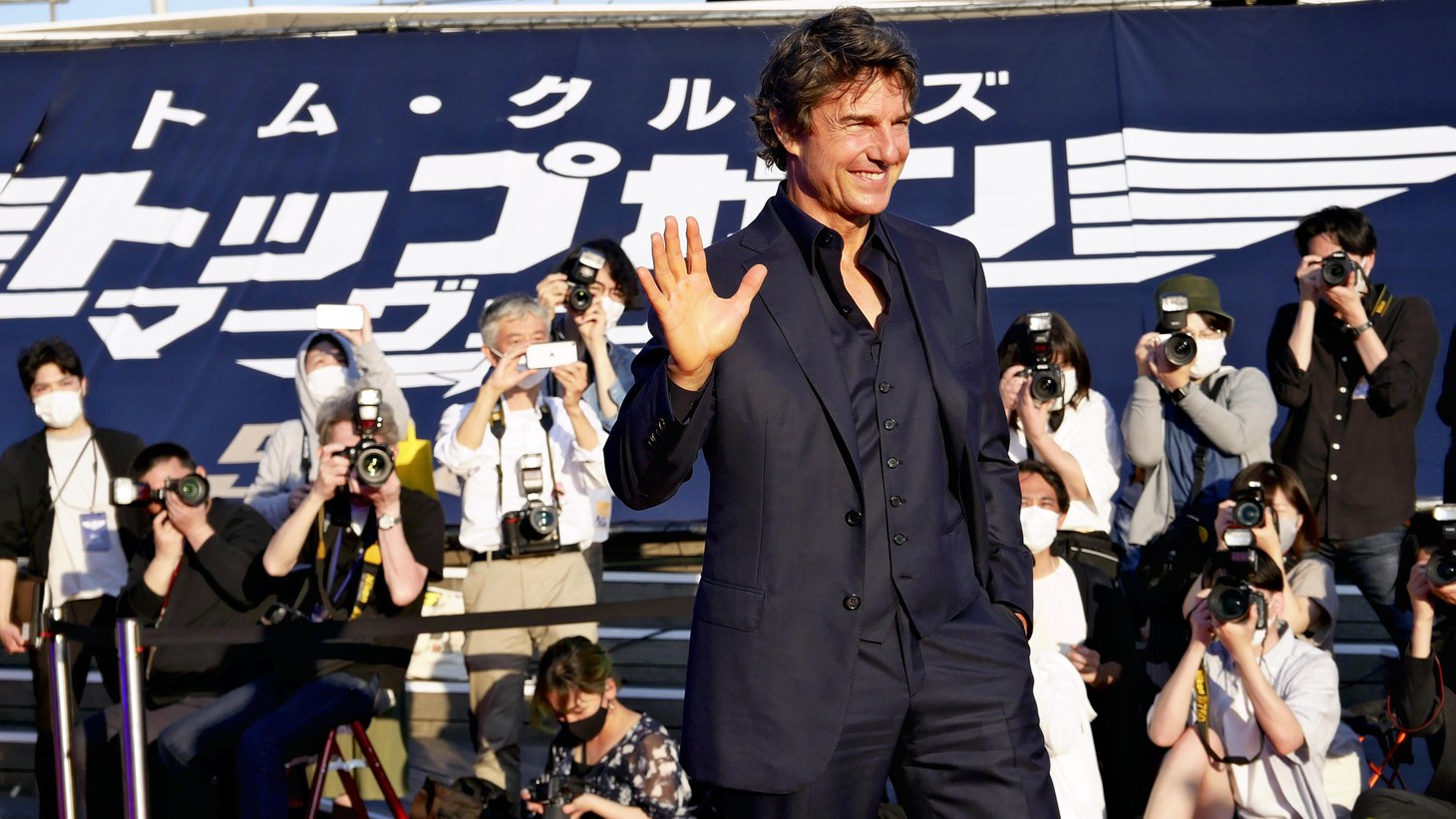 Actor Tom Cruise waves to fans at the Japan premiere of “Top Gun: Maverick” at Osanbashi Yokohama International Passenger Terminal in Kanagawa Prefecture on May 24, 2022. Photo by Tatsuya Tanoue / The Yomiuri Shimbun via Reuters Connect.

Even after decades of stardom and huge hits, Tom Cruise has never had a $100 million opening weekend. “Top Gun: Maverick” may be his first such break at the box office, though he has gotten close with “Mission: Impossible II,” his biggest opening to date at $97 million.

“He'll probably break that record,” says Matt Belloni, founding partner of Puck News. “[But] there are weaknesses here. This is a big deal for a moviegoer of a certain age, and if you are under 40, and especially under 30, this franchise means a lot less to you. It's going to be big, but it's not going to be on the level of Spider-Man, Marvel.”

And after sitting for two years and having other setbacks, “Top Gun: Maverick” will also face competition from streaming shows like “Stranger Things” on Netflix and “Obi-Wan Kenobi” on Disney+, which Belloni believes “will probably be the biggest Disney+ show in that service’s history.”

Meanwhile, in the Johnny Depp and Amber Heard trial, Depp’s longtime agent Tracy Jacobs, who had been with him for 30 years, and testified against him.

“What [Jacobs] said was essentially what people in the industry kind of knew, which was that he had been spiraling for many years, and he had gotten into a dispute with his business managers over his spending. His substance abuse had gotten worse,” Belloni explains. “That all was going on even before the Amber Heard stuff. Amber was kind of a symptom of the problem, rather than the problem itself.”