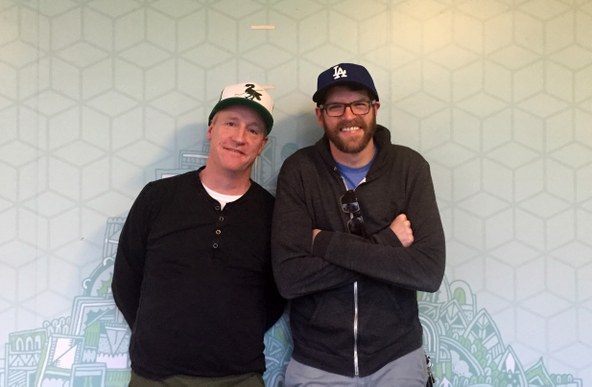 After five seasons on the Emmy-winning show, they've really gotten to know their characters, as well as the writers who craft the lacerating insults they hurl at their coworkers. This season they're adjusting to both filming in a new location and working with new writers and showrunners. They tell us about that transition and what it's like to be working as an actor in the era of "Peak TV."

The Hollywood Reporter's Matt Belloni joins Kim Masters for a look at the top entertainment news stories of the week.

When documentary filmmakers Josh Kriegman and Elyse Steinberg starting filming former Democratic congressman Anthony Weiner in 2013, the plan was to capture what could have...