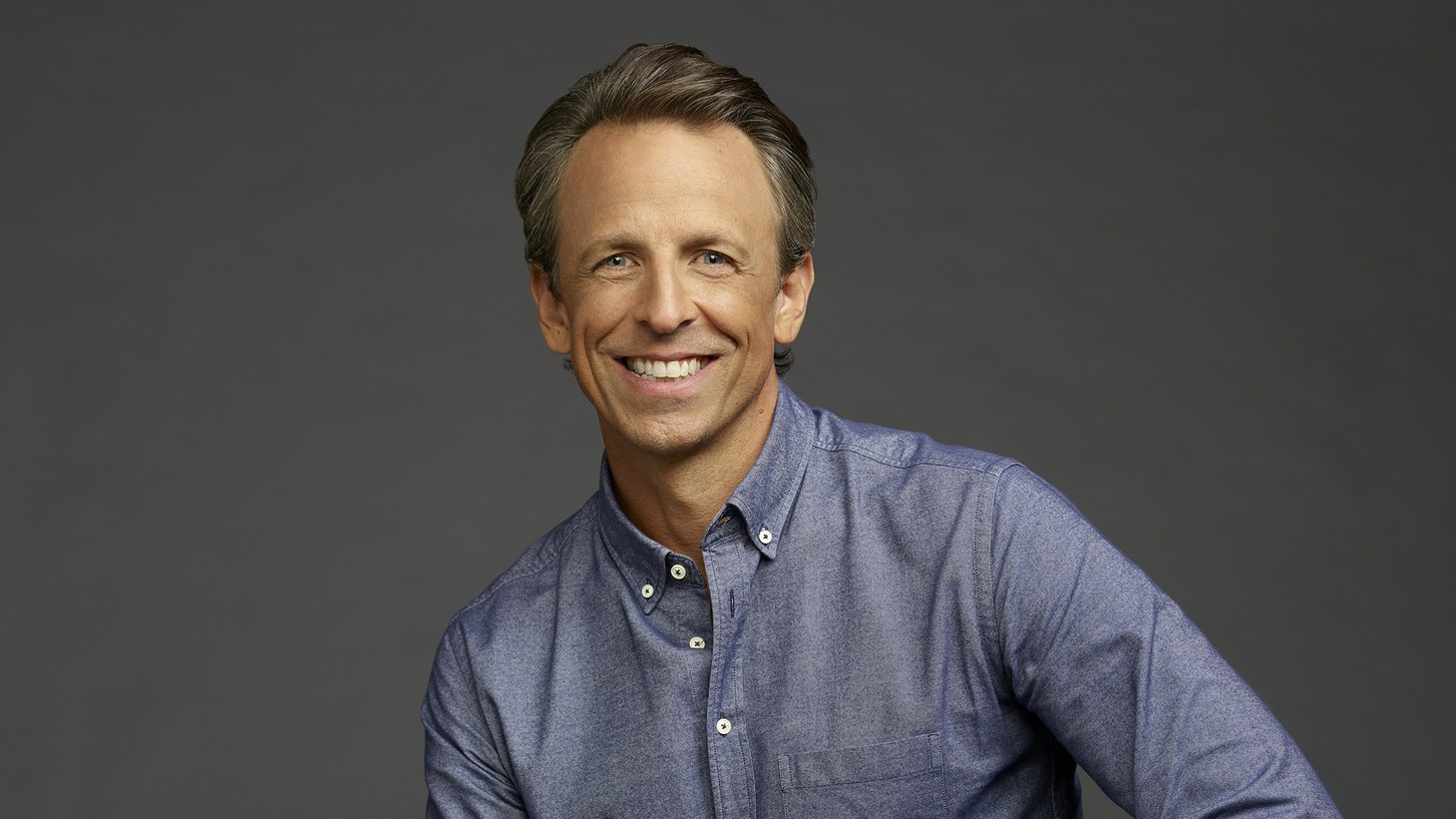 “A perfect short story has no wasted words, and George [Saunders] does it better than anybody,” says Seth Meyers. Photo by Lloyd Bishop/NBC.

Seth Meyers, the Emmy-nominated host and writer for NBC’s “Late Night,” breaks down what he considers to be a “perfect” short story by George Saunders, the bestselling writer of essays, novellas, and short stories, which have been featured in The New Yorker since 1992. Meyers read Saunders’ 2011 story “Home” when it first came out, and it has since become his go-to tale to read whenever he needs inspiration to write.

There’s a George Saunders short story called “Home,” [which] I believe it to be a perfect short story. If I'm ever trying to write something, and I don't think it has any truth behind it, or it's not making me feel anything to write it, I go back and I read that story because the ending of it always makes my pulse race with how wonderful it is.

I'm drawn to it because, mostly, the things I write are shorter, and if you get caught up watching episodic television, or reading novels, it's impossible to make people feel things at that same level. But then I read that story and I realized that you can — if you really nail it, you can.

The closest thing I write to a short story are probably episodes of “Documentary Now,” because those are these one-episode pieces of television that do need to have a beginning, middle, and end. The best ones, I hope, make people feel something, and so that'll be a time where I'll go back and revisit a story like “Home.”

A perfect short story has no wasted words, and George does it better than anybody. I think the same is true of sketch comedy. The closest things to George Saunders’ short story in sketch comedy are probably “The Lonely Island” digital shorts. It's shocking when you go back and watch [them] … you can't believe they were that short and that dense.

If you have this story you want to tell, stripping it all away and making it just the absolute essential elements of it will hit home so much more than a piece of work that is padded out. They never are aiming to fill some predetermined space, so that's why I've always been drawn to reading short stories, and also why I believe no one does it better than George Saunders.

David Simon co-created the HBO miniseries “We Own This City” based on the book by Justin Fenton. He is also the creator and executive producer of HBO’s “The Wire” about the...

Seth Meyers, host of NBC’s “Late Night,” describes the “perfect” George Saunders short story that he turns to again and again for inspiration.