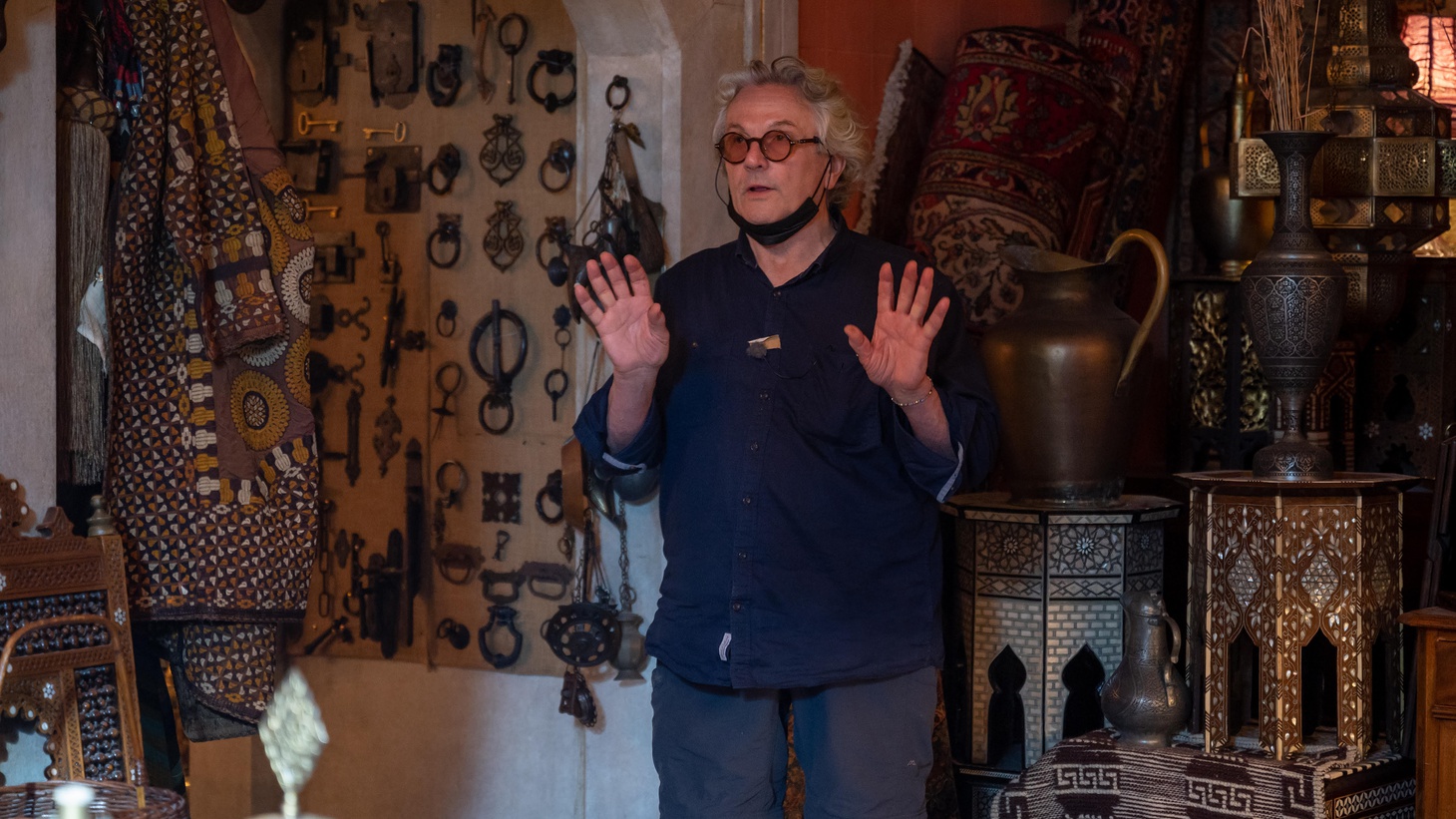 Director George Miller’s latest film is “Three Thousand Years of Longing,” an adaptation of the 1994 A.S. Byatt novella. Miller previously directed the lauded action film “Mad Max: Fury Road,” and he’s an Oscar winner for the 2006 animated film “Happy Feet.” Miller tells The Treatment that when he initially read the story of “Longing,” he was instantly drawn to its multiple paradoxes. He says the charisma of the film’s two stars, Tilda Swinton and Idris Elba added to the characters’ chemistry. And he says humans have always made sense of the world through storytelling.

John Hamburg has long challenged notions of masculinity in his comedies as a screenwriter in films such as “Meet The Parents,” “Along Came Polly,” and “I Love You, Man.”