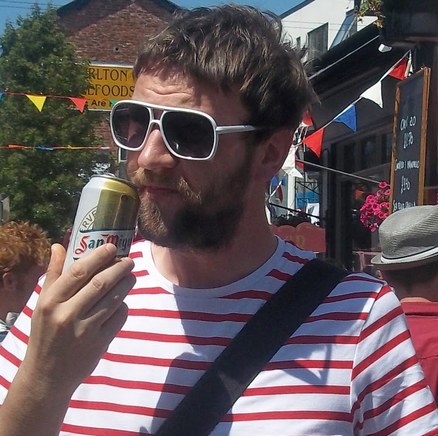 First... A story about a guy named Duncan Jenkins who became famous among English Football fans in Liverpool as a goofball, who somehow always seemed to have inside information about their team. But, because it's the Internet, this is a story about fake names, tall tales, bullying and getting yourself in trouble online when the family is asleep. What started as a funny idea, ended up with a fan accidentally enraging his favorite club, and now they're coming after him

Produced by independent producer Luke Eldridge who lives in Leicester, England. Editing and sound design by Bob Carlson. Special thanks to Matt Holzman. 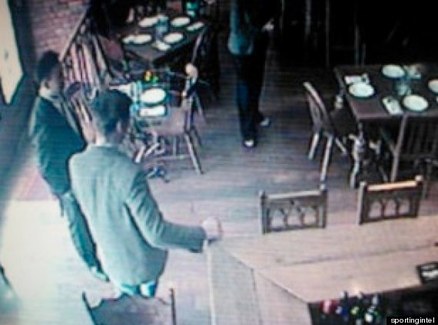 A still from the security camera at the restaurant when Sean met with Liverpool PR director Jen Chang.
Courtesy of Sean Cummins

Then.... When you have a parent become seriously ill. It can really mark your life with a BEFORE and AFTER point. That's what happened to storyteller Julie Soller when her...