First... a story from Aric Allen. The notorious gangster Mickey Cohen was based in Los Angeles during his heyday and had a number of rivals. He survived nearly a dozen attempts on his life. It's easy to think that these near-death experiences were all about luck, but Aric Allen says it had more to do with something you might call a curse: Obsessive-compulsive disorder. Habitual hand washing, finickiness about his car, and excessive precautions at home all lead to this mobster's undefeated record.

Produced by Aric Allen. He's a digital producer based in West Hollywood. That story was edited by Nick White.

Tere Tereba is the author of Mickey Cohen: The Life and Crimes of LA's Notorious Mobster. 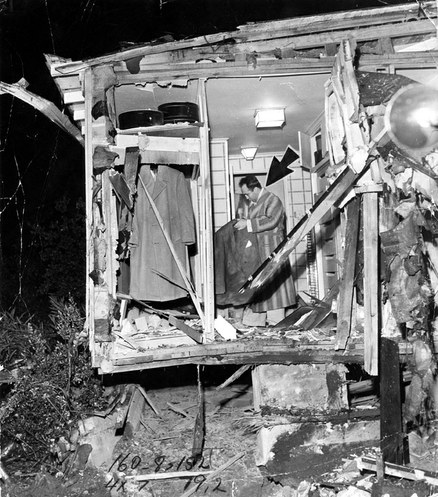 No Such Thing As Luck

First... a story from Aric Allen . The notorious gangster Mickey Cohen was based in Los Angeles during his heyday and had a number of rivals. He survived nearly a dozen...

Out of the dark

Next... a story from comedian Brent Weinbach -- a reminder that what SEEMS like a stroke of good luck, often isn’t... That story was told by Brent Weinbach. His most...

Lastly, we share the winners from the Gold Tape Competition . The competition was an extension of David Weinberg's podcast, Random Tape , a home for orphaned audio....