First a story from comic Whitmer Thomas…. its about the tension in the life of a delivery driver. The night shift begins with a question: is this just another night of tiny glimpses into the lives of others, or is this the night when you become part of someone else's story?

Whitmer Thomas is a Los Angeles based comedian and skateboarder by way of Gulf Shores, Alabama. He's is in a comedy group called Power Violence and is a producer, writer and voice of the Hulu show called Stone Quackers. 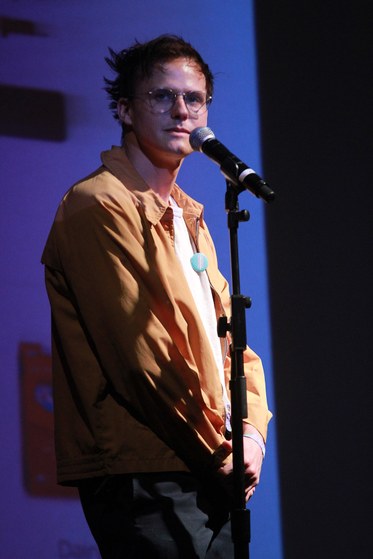 First a story from comic Whitmer Thomas…. its about the tension in the life of a delivery driver. The night shift begins with a question: is this just another night of tiny...

Next... at a low point in her life, Jessica Lee Williamson decides it would make her feel better to help her community, and volunteer… just as long as there's something in...

Finally... Dave Ross takes us inside the mind of a well-meaning white guy. There's a constant struggle between the part of him that wants to love and support his fellow man,...