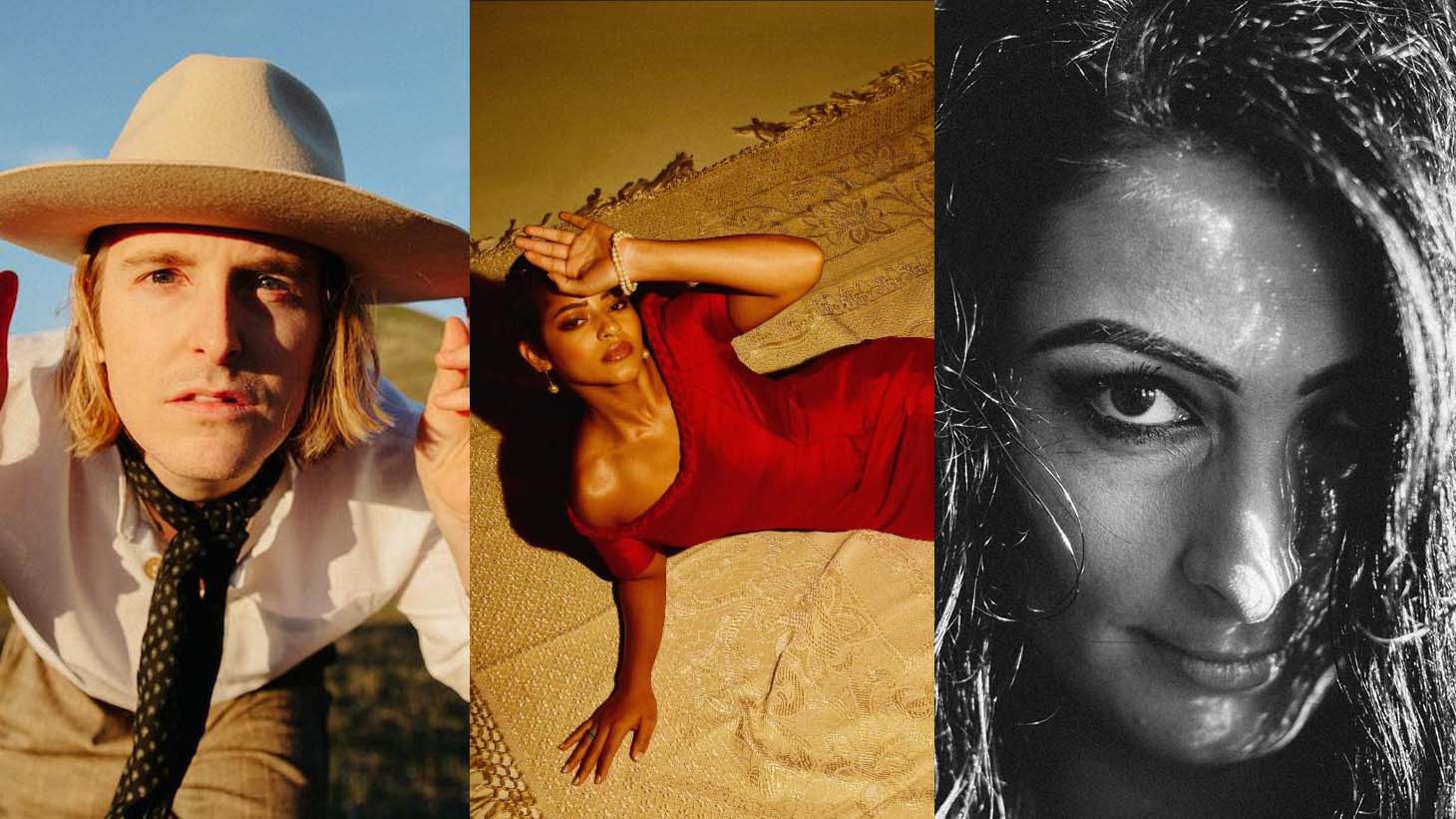 A tangible sense of joy radiates throughout KCRW HQ. It’s a lingering effect from Robert Glasper’s in-studio MBE hang — our first in two years! — and the release of his long-awaited album “Black Radio III.” Naturally, we had to include at least one song from the exquisite record on this week’s list. Get ready to have this one on repeat.

Also on the docket: An intensely assured debut single from 21-year-old chanteuse Tianna Esperanza, South Korean hip-hop from Lil Cherry & Goldbuuda, and plenty more await as you continue your scroll.

Follow us on Spotify to keep up with our current obsessions, including 5 Songs to Hear This Week, Global Beat Australia, and our weekly sampler of KCRW’s Top 30 most played records.

Grammy winner and super-collaborator Robert Glasper is a producer, pianist, and formidable force of multi-platform innovation. Last week, he was also the first in-person guest in MBE’s studio in two years. He warmed the atmosphere of the entire building by a factor of about a thousand degrees with music, conversation, and a world premiere of “Everybody Love (feat. Musiq Soulchild and Posdnuos)”.

We’ve finally been gifted with the highly-anticipated release of “Black Radio III,” ten years after Glasper dropped his landmark “Black Radio,” and there’s much to celebrate. “Black Superhero,” and its stunning accompanying video, have been out for a minute now, but we couldn’t let the occasion of Glasper’s album release pass us by without insisting that you immediately put eyes and ears on this gloriously observed lead single.

Gather ‘round and listen up. Masterful vocalist, storyteller, and self-described “chanteuse” Tianna Esperanza channels wisdom far beyond her years in this provocative track. Don’t let the lounge vibe lower your guard — hit play for an important message about purposeful protest and resistance against oppression.

Prepare your senses for a true blend of contemporary sounds and ancient atmosphere in this slow-bounce track from Lil Cherry and Goldbuuda. Standout players in the South Korean hip-hop scene, these two have both been busy since this track’s release back in December 2020, so if this one strikes you like it should, get to googling to hear the latest.

Here’s an all-too-relatable tale for the backyard kickback-ers among us. Razzle-dazzler Diane Coffee (real name Shaun Fleming), pairs up with pop-rockers Deep Sea Diver in a perfect pairing. Come for the feel-good chorus, stay for the mess of human drama that’ll leave you saying, “it’s complicated.”

We could soak in this track for hours, like a warm tub infused with divine oils. Glaswegian DJ-producer Rebecca Vasmant’s latest jazz-electronic release erupts with blooms of brass and vocal flourishes, all guided by percussion sharp enough to set your watch to. This one will find its way right into your core for a total takeover — mind, body, and soul.