The artist has got to be not like the historian.
The historian’s got hindsight. He can go back and go, “That was a great moment.” But the artist’s got to go, “No, I was there.” It’s like, history is something that happens. You can’t be there at history.
— Julian Cope, May 10, 1991

It’s May of 1991. Deirdre is in London, chatting backstage with post-punk indie underground legend Julian Cope. Cope has just released “Peggy Suicide,” one of the most ambitious and successful albums of his career. And while Deirdre’s in town, they’re hatching plans for Julian to appear on “SNAP!”

But just days after that announcement, “SNAP!” was off the air. Deirdre left KCRW for good in June of 1991. Then she left LA, too, for a while.
The following year, she showed up in rural England to live with Cope and his family. Cope joins Bent By Nature to recount their unique relationship and roles in each other’s lives.

Hi, this is Julian Cope. I'm reaching you from the Jockey House in the depths of Middle England.

I'm just very determined to talk whatever limited information I could tell you about Deirdre, because I believe that it was just a very important time in her life, because she wasn't making plans for the future. It was almost like she was making plans for other people's futures.

The time that I knew Deirdre was a very enlightened time, briefly. And when I first came into Deirdre's orbit – I think it's 1992 – we were very full-on and idealistic … and I'd say very New Age, which really suited Deirdre, because she was in a bad place. It was as though she knew that LA was killing her. It was physically killing her. But also, she knew that an urban environment was killing her.

So, to start with, the gusto that she had was taken up having a very interesting affair with a young guy who was playing drums with me, who was about 20. And so when he came back, it was very clear that she should escape to people who were beyond sympathy, who were into ... I suppose the Americans use the term “empathy,” but ... It was always very close to the surface, the far-out-ness. But she allowed herself to fly when she came here. It was as though she was knee-deep in excelsis. She was there.

We were spending so much time in the West Country, at the most ancient stone circle in the world, that it just became clear that when she was going to come over here, she was just going to be drawn to it. It's a place where the ancients over 5000 years ago put up stones and buried themselves lavishly. So if they were giving the thumbs up and saying, "This is a sacred landscape," everybody who's come since has felt the same way. 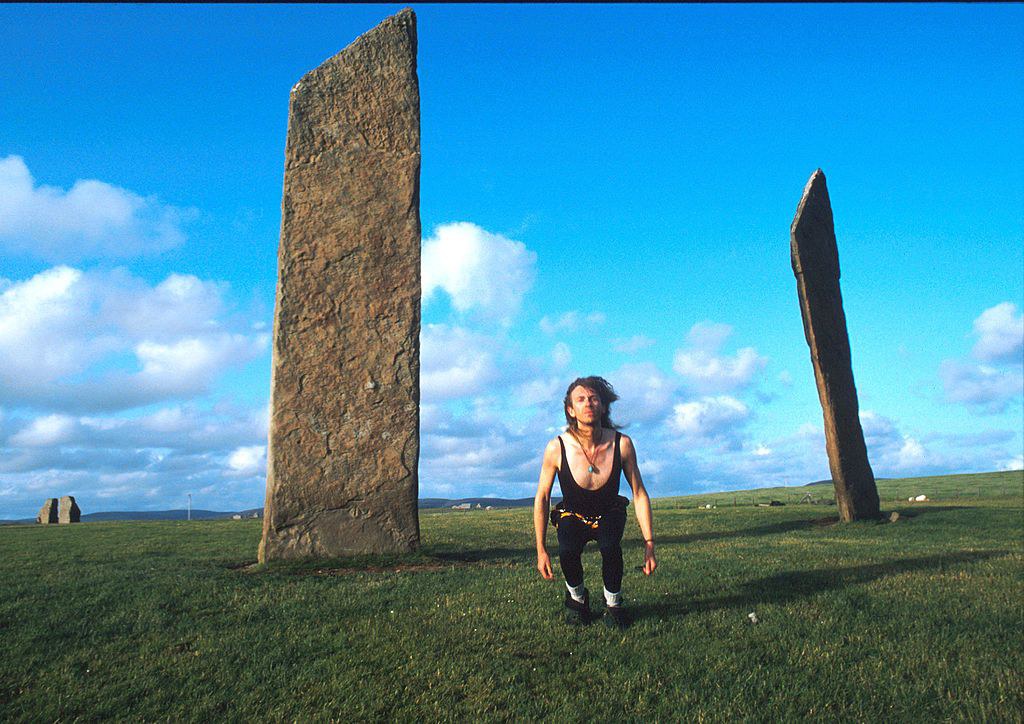 So she ended up staying at our house. Our house was a very peculiar place. It's part of an old manor house. It's not old in terms of British; it's about ... it's about 1798. But it looks very archaic, because it's all made from ships' timbers from the Bristol Dockyard, which are all stamped, a lot of them, are stamped on the dates. So, this really helped Deirdre. She felt an ersatzness that she wanted to throw off. And I think she needed to break out of America in that way, in the same way as my wife found, that you come over here, and it's so ancient that it just allows you to divest yourself of any urbanness.

If you want to look at her environment at this time, type in Yatesbury, England, or U.K., on Google Earth. It's funny, it's so rustic, because it just puts you in that mind of a total other time. You can't leave it. This village has had the same name since 855. That's 200 years before the Normans conquered us.

She stayed here and started to get a bit ratty with the people that were also staying here in our absence. So, in the end, she said, "I want to go and move into the Jockey House," which was this brick building behind the house, which is also ancient. But it hadn't been lived in since 1935. And I said, "You can't live in here." And she said, "I can. It's absolutely perfect." In terms of her seeking solace, it couldn't have been better. She'd sit at the apple tree, much of the consternation of my much straighter neighbor. And I said, "She's lovely, and she's extremely bright. She's not loopy." And she just kind of rusticked out. 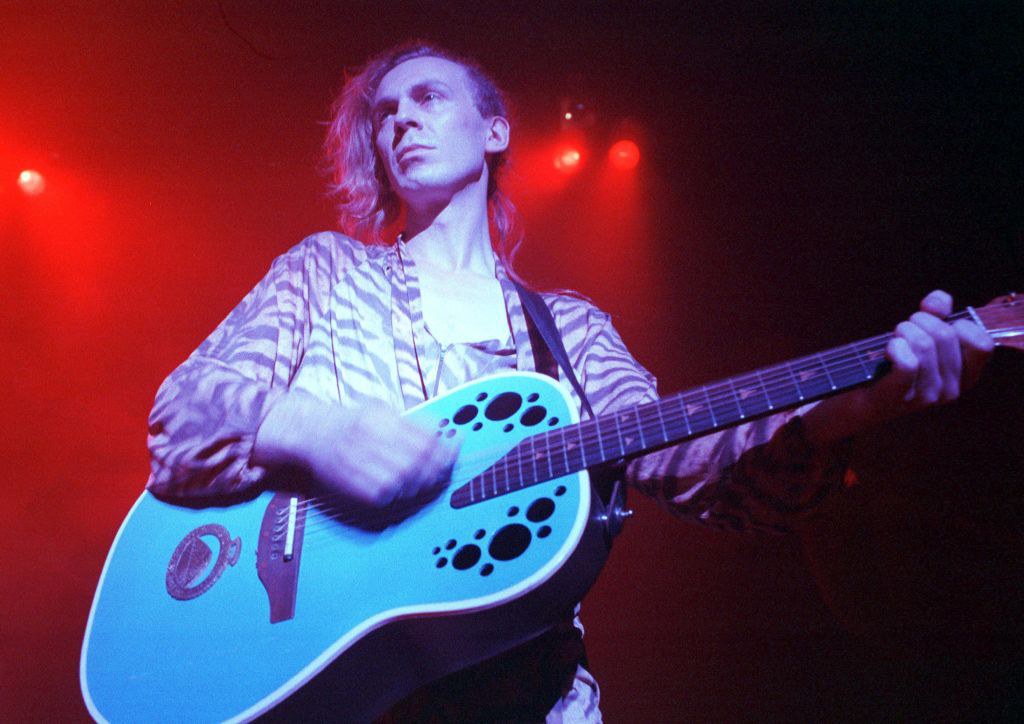 You know, she's such a dynamic memory. We only talked in outrageous cosmic terms. We talked about very obvious New Age things, but things that ring true down the years: the roots of the female; the kind of man that a man should be in order to be in tune with the female. Was there a route to the male through the three different ages of the female? Was there a route through language and number? If I call my grandmother ... my Welsh grandmother 9, does that mean that there's part of the threefold goddess of 3, 6, and 9 in there? Or 1, 3, and 9? Are these things that, as soon as you investigate, fall to pieces, or are they things that can enrich your life?

And I think Deirdre was fascinated by the manner in which her ancestors had learned to worship Christ. She was fascinated by things like the Bridget shrines in Ireland. The fact that there was such things as Bridget shrines. But she never got to the far west of Ireland. One of the reasons that I went there was because I wanted to see the union of megalithic culture, ancient stones, and turn-of-Christianity culture. And that's what fascinated her: What made the Irish Irish?

One of the things about Deirdre, I have to say, is: I had a lot of friends who were New Age, and they'd laugh if they were being preposterous, coming out with something that was a bit, y'know, a bit wet, perhaps. Deirdre never, ever felt bad about coming over, like, wet, 'cause she ... there was nothing wet about her. She was just really intense, and would just go from one subject to another as though it was all rock'n'roll. So when we would be talking about Bridget shrines, we'd be seeing it in terms of ritual; the juxtaposition of the female and the male; the sacred child; and how many more of those were there around the world in ancient times. So she needed to expand. 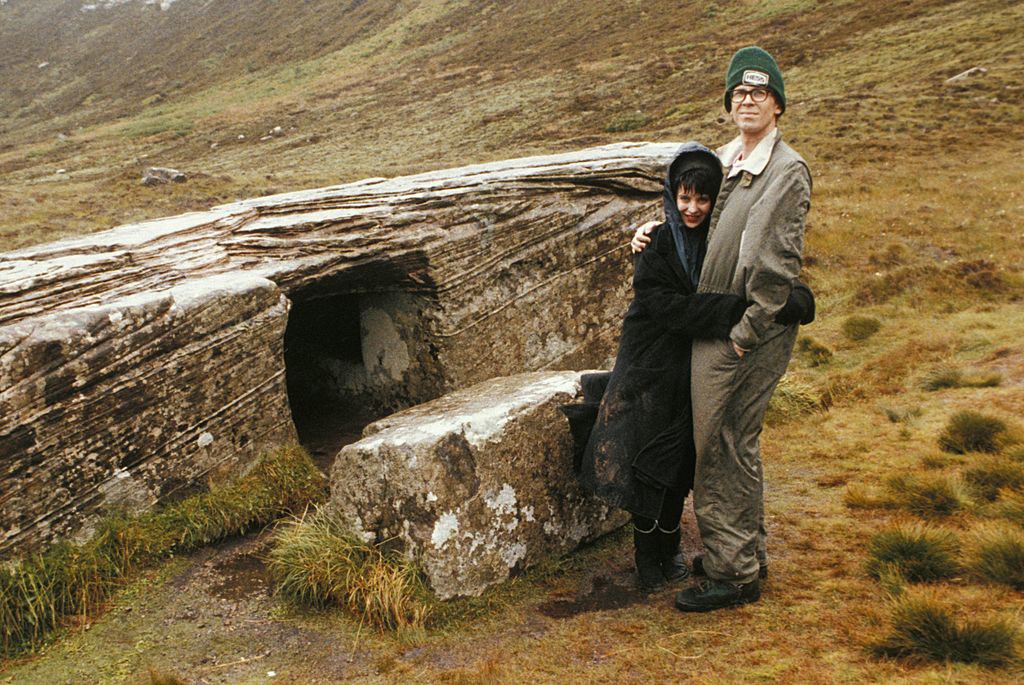 Julian Cope with his wife Dorian in the early ‘90s. Photo by Ian Dickson/Redferns.

But I think, with an unruly imagination like Deirdre, she wasn't going to get more than a temporary psychic poultice to place on her unruly mind. I think she knew that, and I think that's one of the most important things was: Her heart was warmed that places like this existed. And I think that was the thing that was very eye-opening to her. It gave her a sense of peace. She understood on a rock 'n' roll level, which is something that archaeologists do not get. She understood that the shaman is not the priest. The priest is a man of the temple. The shaman is from a time before that.

That's why rock 'n' roll is so amazing. We'd be in the middle of a conversation and she'd become: "Y'heard of The Monks?" And then we'd start talking about The Monks. Then we start talking about other unruly imaginations. And there was no separation between the rock'n'roll, and the ancient ritual, and trudging, and making your journey, and wending your way, or just going directly. Everything was a sacred thing. 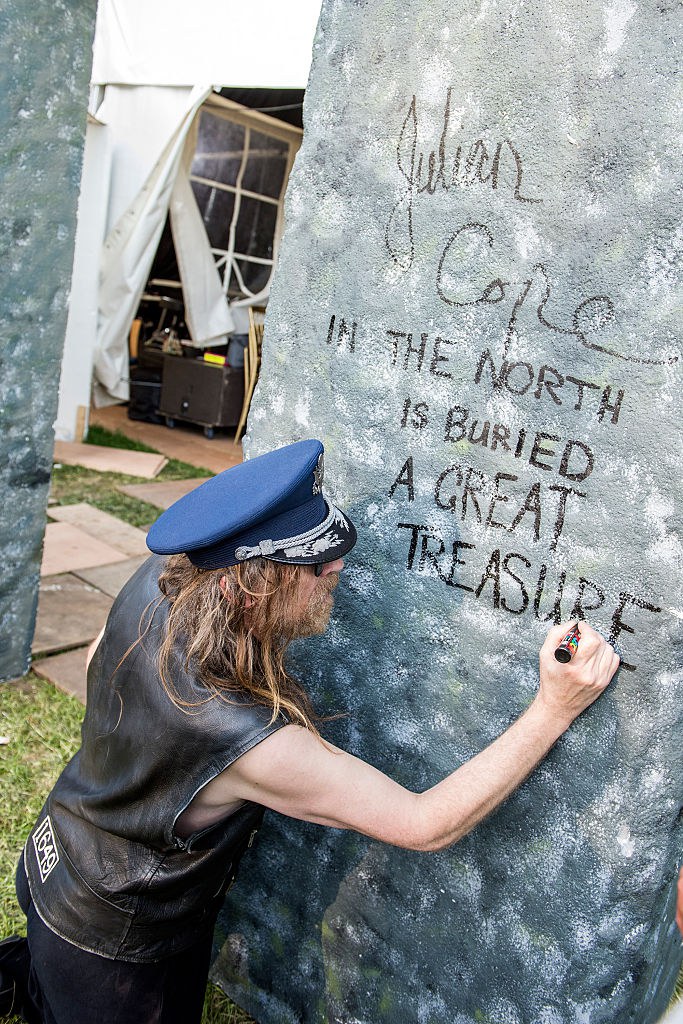 Julian Cope communing with a stone backstage at the Lunar Festival on June 7, 2015 in Tanworth-in-Arden, United Kingdom. Photo by Steve Thorne/Redferns via Getty Images

It's hard to read now, in terms of ... She was here to find something. I don't remember her saying, "I've got five weeks to learn something about myself in an English countryside." She always talked to me like as though she'd fled, in the end, back from here. I don't know whether she was in a bad way, or whether she was planning to go back in any case. But I knew her well enough to say that she felt like she was coming to a conclusion. I don't think Deirdre would have left if it wasn't for the fact that she didn't have future plans. I think she knew that she had cooked up some good shit and was gonna have to leave it on the stove for other people to finish it.

I think that Deirdre certainly invested the people that got it with the will to do it again on a completely different level. It took me eight years to do the first book on the stones. And so many of those experiences were hatched in this crazy old place.

There are very few people in rock’n’roll who are intensely kindred spirits. One of the things I would say most about my relationship with Deirdre was that it was trying to facilitate her when she came over here, because she facilitated me and really opened my eyes to what I always considered was an MC5-ian enlightenment: a kind of "open-minded mofos" watching each other's backs. That's what we were, I think.

And if you ever find time, just type in Yatesbury, England. Because it is so funny to think of her flitting around down Black Lane and the Avenue and all of these places. Because, yeah, she was here long enough to really spark the place on.

I'm possibly still very influenced by that Yoko Ono poster that asks, "Have you seen the horizon lately?" Y'know, and I think that was ultimately the best, was: She saw the horizon, and it was good.

Deirdre O’Donoghue: I thank You God for most this amazing day
For the leaping greenly spirits of trees
And a blue true dream of sky
And for everything which is natural, which is infinite, which is yes

How should tasting, touching, hearing, seeing, breathing any
Lifted from the no of all nothing
Human merely being doubt unimaginable You?

Julian Cope lives in the depths of Middle England. He released his most recent album of new material, “Self Civil War,” in 2020.