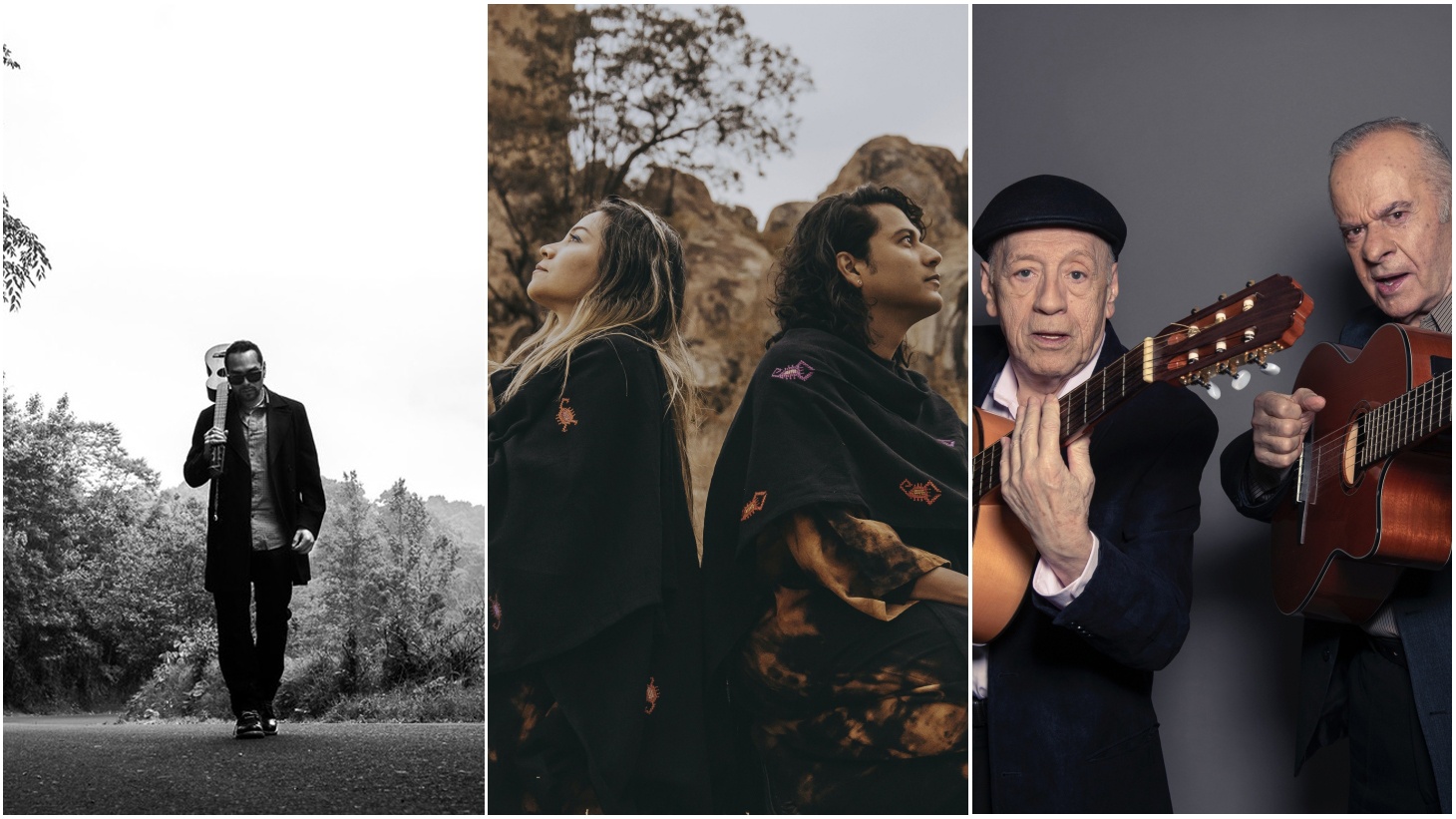 KCRW’s Global Beat is a series highlighting emerging artists from around the world. Our second season takes us to México, hosted by KCRW DJ Raul Campos alongside our curators, México City DJ and music supervisor Junf, director of Festival NRMAL Moni Saldaña, and NPR’s Betto Arcos.

Sept. 16 is México's Independence Day, the nation’s biggest day to celebrate our roots and history. Falling during the middle of what is considered the month of the homeland, Las Fiestas Patrias has the whole country celebrating what it means to be Mexican.

Leading into this big day, the night before is the so-called “grito,” which roughly translates to the “shout.” That ceremony reenacts the legend of Miguel Hidalgo stepping out of a church in Dolores, Guanajuato to announce México's freedom from Spanish rule. On Sept. 15, at around 11 p.m., the Mexican president stands before huge crowds on a balcony of the National Palace in Mexico City’s Zocalo, waving the Mexican flag, sounding the big bell, and shouting “Viva Mexico” along with the names of the heroes and heroines of independence.

This is practiced by mayors and governors across México's 32 states, and even in Los Angeles, which has its own grito every year at City Hall, complete with live music and celebrations. And if there is one song that speaks to this day, it’s "México Lindo y Querido," a tune that has become an anthem and was first performed by Jorge Negrete, preceding countless interpretations to this day.

Read on for more on Las Fiestas Patrias, some killer tunes selected to help celebrate, and a very sweet surprise.

Ampersan are a couple originally from Guadalajara, but they've been living in Mexico City for a number of years. They delve into various styles of music, with a considerable connection to the music of Veracruz. They play jarana and have associated themselves with musicians who play son jarocho.

However, this tune is danzón, a genre that came to México from Cuba in the late 1800s. Danzón has since become Mexicanized. Rather than being played with flutes and violins, it is now heard from brass bands in plazas around the country. What they're doing here is recreating the spirit of the dánzon as if it were on an old radio station. To top it off, they add a beautiful sonnet called “Dolorosa” by Cuba's foremost Afro-Cuban poet Nicolás Guillén.

La Bruja is an anthem of sorts of the music of Veracruz. It's a mystical song, telling the story of a witch who comes out at night. It’s played in a very slow son jarocho style.

This version is performed by Edwin Bandala M., originally from Xalapa, Veracruz. He’s joined here by the amazing singer Lucía Gutiérrez, an artist you’ll definitely be hearing a lot more from in the months and years to come.

Los Macorinos are legendary. The guitar duo composed of México native Miguel Peña and Argentine Juan Carlos Allende show no signs of slowing down, even as they reach octogenarian years.

Allende and Peña started playing as a duet when Latin-American music icon Chavela Vargas recruited them to accompany her on a comeback tour in 2003, and they remained with her for the rest of her career. They also recorded and performed with Lila Downs, Eugenia León, and, perhaps most famously, Natalia Lafourcade.

Within their own work, Allende plays the lead guitar with Peña contributing the harmonies, accompaniment, and all the additional flourishes that are certain to delight.