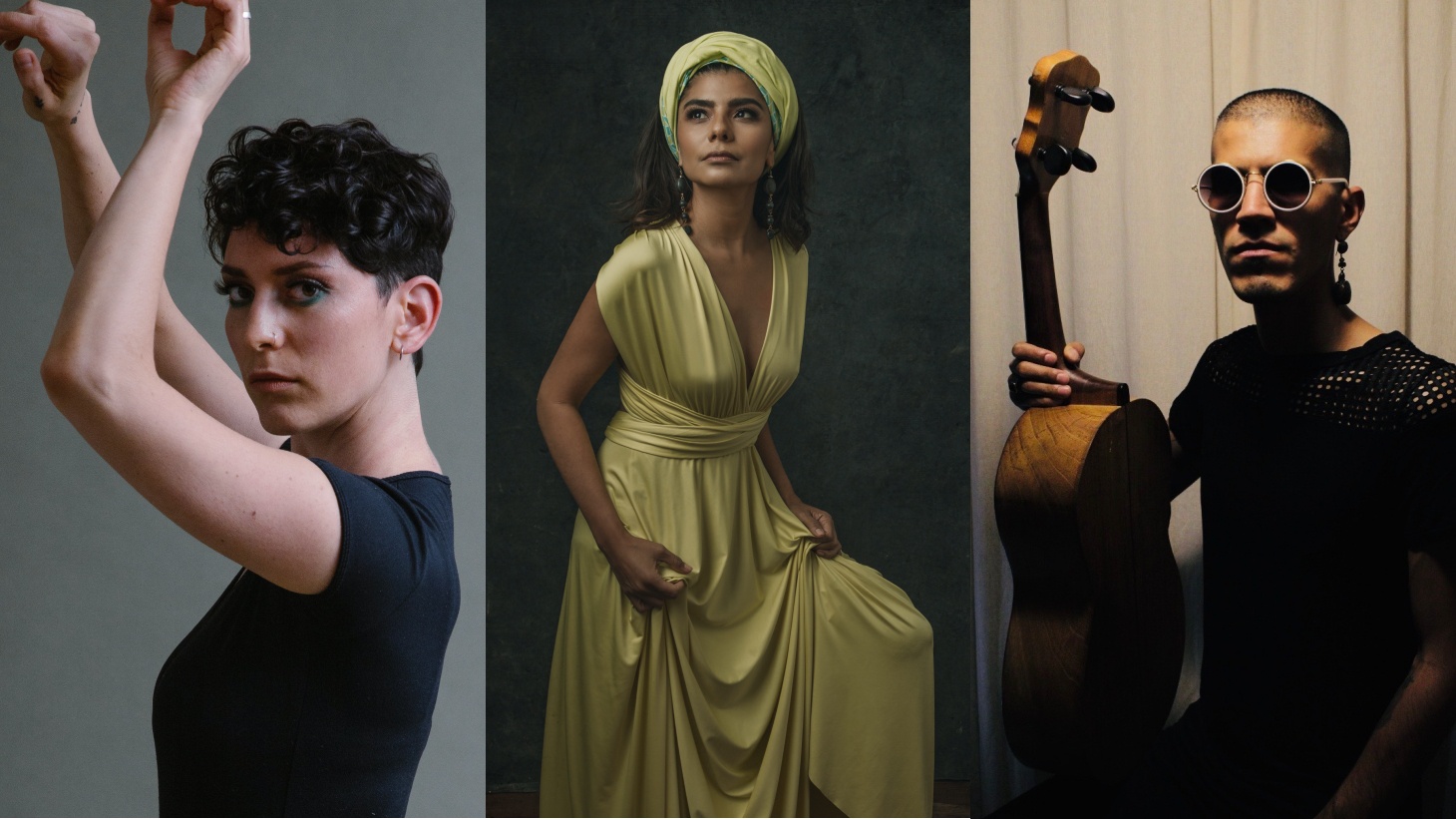 KCRW’s Global Beat is a series highlighting emerging artists from around the world. Our second season takes us to México, hosted by KCRW DJ Raul Campos alongside our curators, Mexico City DJ and music supervisor Junf, director of Festival NRMAL Moni Saldaña, and NPR’s Betto Arcos.

This week finds us exploring artists and instruments from the Gulf state of Veracruz alongside outputs from CDMX, courtesy of co-host and curator, freelance journalist and author Betto Arcos.

Arcos serves up a sundry, future-forward sonic palette, featuring COVID-era ruminations on isolation vs. illumination, an Instagram DM-turned-symphonic-pop fantasia, and the shape of Mexican jazz to come.

Listen now and read on for videos and more.

Hela San is an artist creating beauty from global calamity. She felt called to contrast the severe isolation of COVID times with the added degree of luminosity she felt was taken on by anything positive that she observed during this period. San applied for an arts scholarship from the Mexican government, and soon found herself with the funding to make it happen. “La Sangre,” the resulting album, toys with this duality through a ferociously idiosyncratic trip-folk soundscape.

Arcos finds himself struck by the aggression contained on the album’s lead single “De Mi Lado,” and the percussiveness that leaps out from the track, rounded out by contributions from Guadalajara-based pianist Calumi Ben Wak and producer Rodrigo Barbosa.

Sometime in the not-too-distant past, LA orchestral-psych legend Van Dyke Parks (Beach Boys, Randy Newman and father of KCRW alum Richard Parks) responded to a fateful Instagram DM from Veracruz-born singer-songwriter-harpist Verónica Valerio. The message contained a simple request to collaborate on new music. What emerged from the correspondance is a technicolored symphonic-pop fantasia.

Arcos finds himself enamored with the full collaborative EP produced by this dynamic duo, “Van Dyke Parks Orchestrates Verónica Valerio: Only in America,” but he’s most drawn to their take on the Agustín Lara classic “Veracruz.” Arcos hails from Xalapa, the capital of the Mexican state of Veracruz. Hearing his homeland honored in this way — particularly in that the esteemed Van Dyke Parks was so game to participate — is so clearly a beautiful thing for Arcos to experience.

The jazz is free, pals! Strap in for this ultra-vibrant, plucky instrumental number from formally-trained musician Vico Diaz.

Diaz, currently based in Mexico City, received a good portion of his musical education at Boston’s Berklee College of Music and is well versed in jazz standards. However, he’s most interested in grappling with traditional Mexican sounds through the course of shifting boundaries.

Diaz favors the leona, a low pitched, four-string, bass-like instrument from Veracruz common in traditional Mexican music but rarely used in jazz. His combo is rounded out with Alexander Cruz on the marimba and Gustavo Nandayapa holding down batería (percussion). Together they craft the shape of Mexican jazz to come.