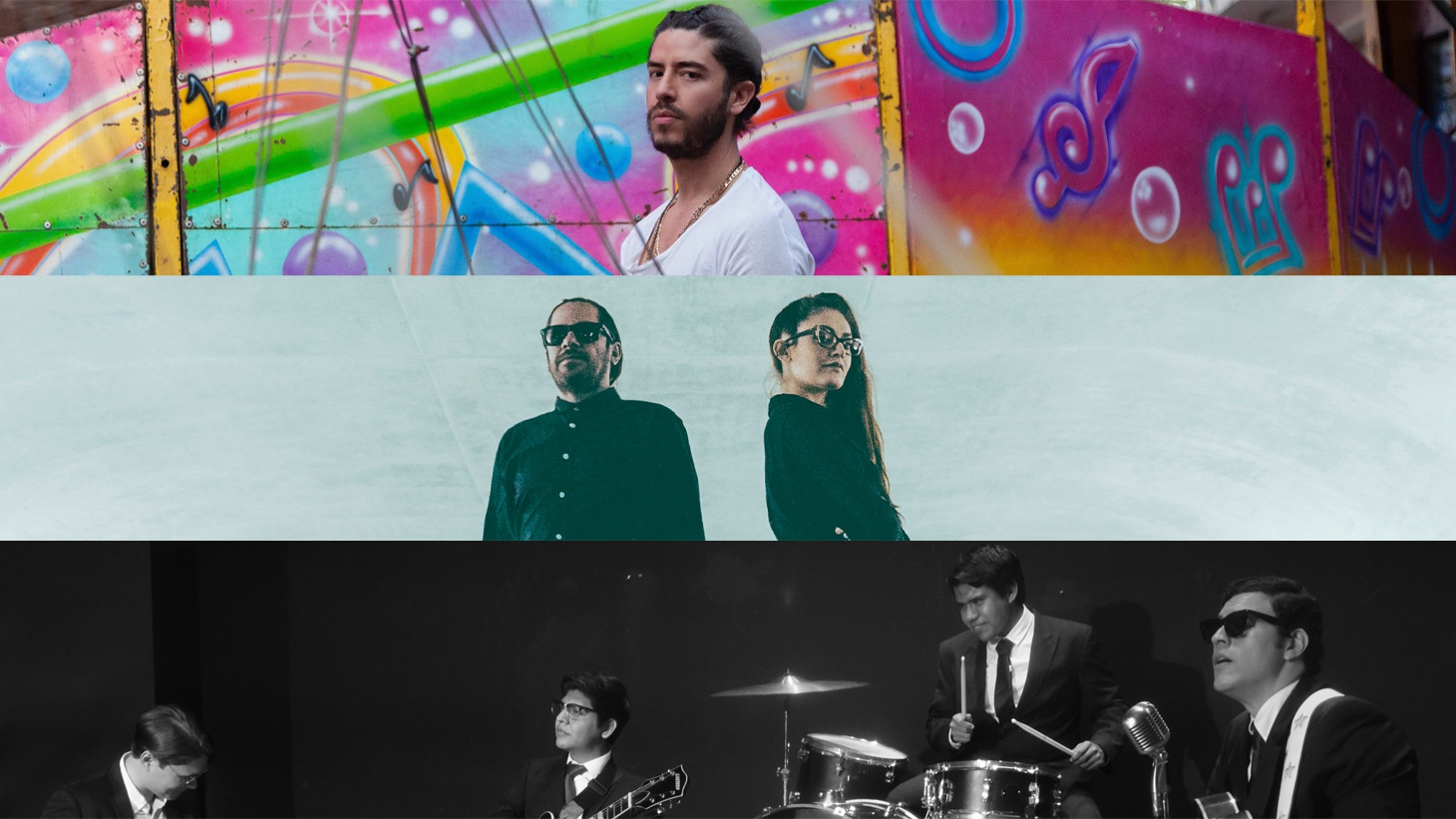 KCRW’s Global Beat is a series highlighting emerging artists from around the world. Our second season takes us to México, hosted by KCRW DJ Raul Campos alongside our curators, Mexico City DJ and music supervisor Junf and NPR’s Betto Arcos.

¡Bienvenidos a México! We’ve traveled so far, and we’re long overdue for a proper kiki with our neighbors. Enter Global Beat: México. Over the next few months, our intrepid hosts will guide us around every sharp corner and smooth crevice of México’s vast and resplendent music scene.

Bolting through the gates of this inaugural edition, our genre-morphing journey begins with selections from Acapulco and CDMX. Mexico City-based DJ and music supervisor Junf is no stranger to LA radio, having a recurring guest presence on dublab. His ear is pressed firmly to the ground, ensuring that he is the first to know what will soon be resonating throughout his home country. Retro-tinged romanticism, goth-Cumbia, and vibey alt-pop are all on deck as we venture forth to experience Global Beat: México.

Put ears on the full episode and read on to dive into videos and more.

Los Vaguens - “Ya No Hay Jardin”

Los Vaguens hail from tropical Acapulco, and they’ve perfected a sweeping, romantic sound that would feel right at home in a mid-century modern setting. Junf likens them to the titans of boldly lush sounds like Los Pasteles Verdes and Los Terricolas.

Mexico City-based DJ and producer Don Couto comes in scorching with the aptly titled “Flaming Hot.” The track offers a slightly spooky spin on a traditional cumbia banger. Junf notes the omnipresence that cumbia maintains throughout the Mexican party scene, but artists like Don Couto are twisting it up.

Junf says Costa Felina’s “Mar” — and especially its video — perfectly encapsulate the feeling of a night out in Mexico City. The duo of Maria Jose Baez and Ramon Cerrilla craft an immersive alt-pop wonderland, the type of space that begs for complete surrender.