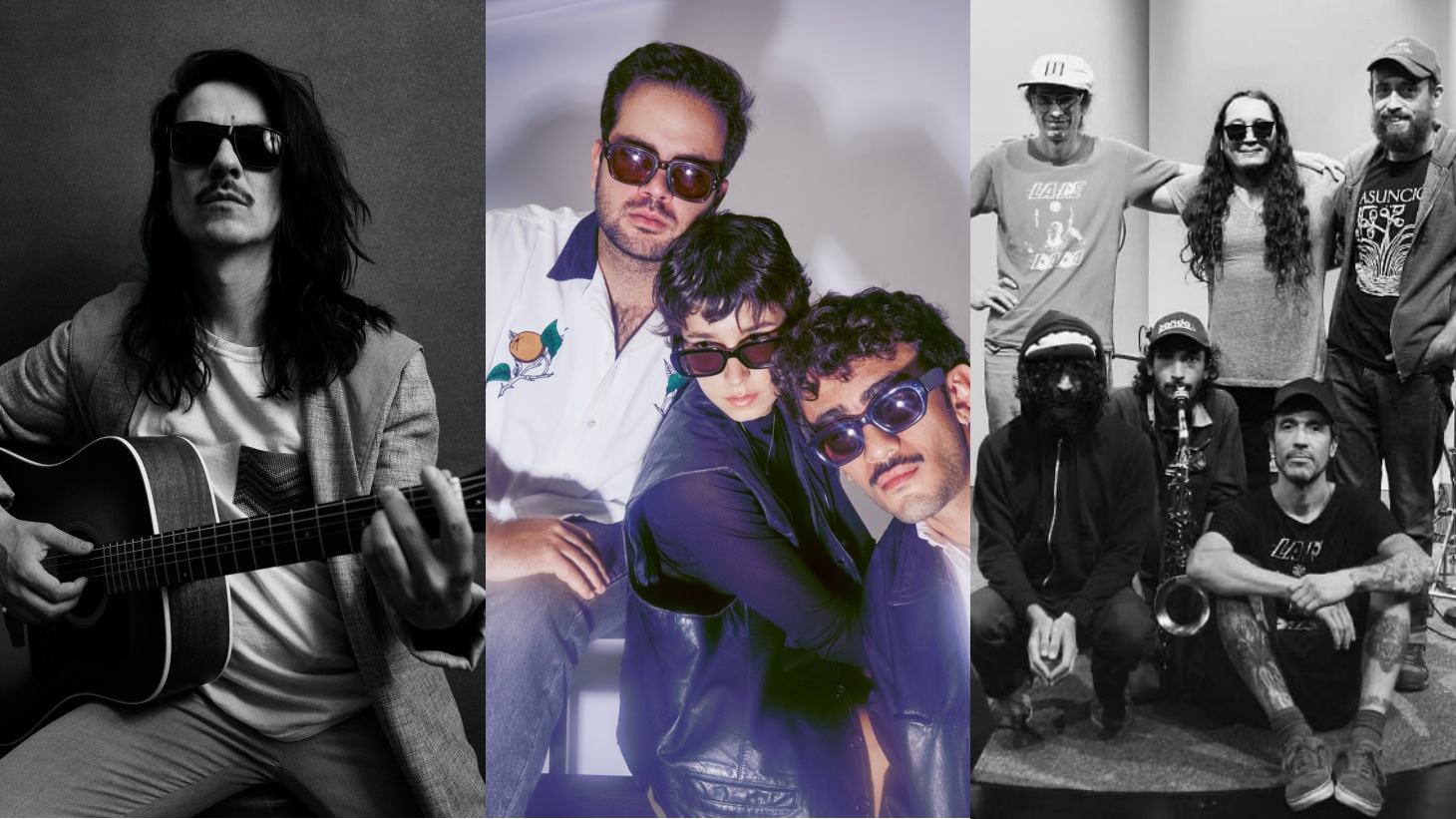 KCRW’s Global Beat is a series highlighting emerging artists from around the world. Our second season takes us to México, hosted by KCRW DJ Raul Campos alongside our curators, Mexico City DJ and music supervisor Junf, director of Festival NRMAL Moni Saldaña, and NPR’s Betto Arcos.

CDMX DJ and music sup extraordinaire Junf is back, and he’s guiding us through the country in a chariot of fire. Buckle up for spy-thriller soundtrack vibes, fresh yet familiar New Wave-via-French pop sounds, and hard charging rock en español.

The heat is on… so read on!

Ready to circulate among the ultra-chic jetset? This is the soundtrack to make it a reality. Minimalist percussion keeps a slinky pace, and the sultry-suspenseful sound of woodwinds creates the overall feeling of a mid-century spy thriller.

Based in Mexico City but taking musical inspiration from the entirety of the country, the sextet La Redada are beaming out traditional Mexican music as refracted through a seriously hip lens.

Junf invites us to “take a musical journey through México” with “La Redada.”

Cozy up, ‘cause it’s time to wax nostalgic. Disco Bahía themselves are anything but a nostalgia act, tracing only as far back as 2019. However, the Central Mexican group is endearingly devoted to crafting fresh-yet-familiar  New Wave and French synth-pop inspired sounds.

Teaming up with German techno producer AZTRO to create “nostalgia” is an act that Junf refers to as, “a bridge between México and Europa.”

Campos and Junf both liken this style to the mid-‘80s and ‘90s promotion of campaigns like “Rock en tu idioma” (rock in your language), or rock en español. Bands like Café Tacvba, Los Amigos Invisibles, and Aterciopelados are considered titans of this style and era.

Campos describes Jáuregui’s place within this grand tradition as, “a wonderful merger of an American genre with influences south of the border.” Junf takes the idea further: “Vicente does this like a journalist, with a musical narrative that's old school and avant garde at the same time.”