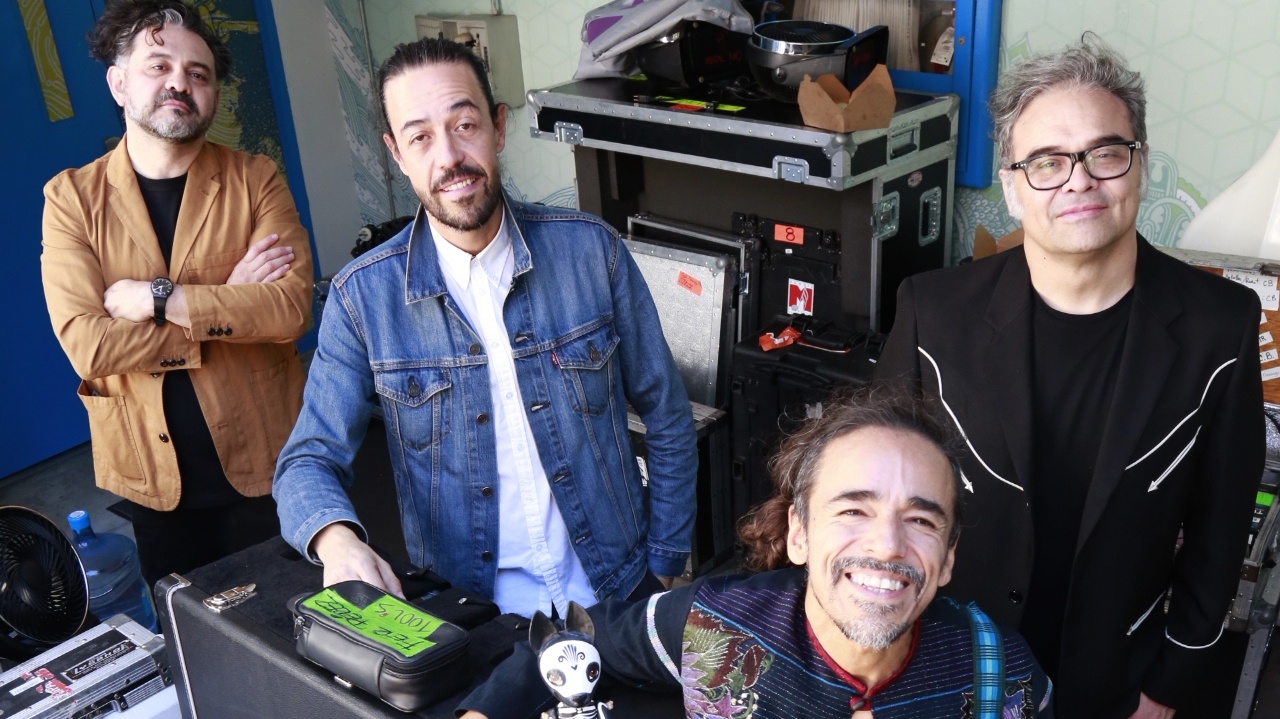 If we’re being completely transparent here, you should know that one of my ultimate favorite bands — of all time — would be avant-rockers Café Tacvba from Mexico City.

Their unique music style initially saw them in the early ‘90s blending punk and rock with traditional Mexican folk rhythms. They’ve had an enormous impact for decades on musicians in Latin America. Café Tacvba are ambassadors into the crossover musical worlds of indie and alternative rock music in English.

Over the years — Joselo, Quique, Meme, & Rubén have graced KCRW studios, each time performing some of their charming new music along with charismatic staples. Their latest drop-in was October 2018, but the session that sticks out in my mind and really merits a reminiscing listen is from May 30th, 1996.

This was one of the first times, if not THE first time the quartet performed live on MBE.

To add to that, this particular MBE session caught Café Tacvba in the middle of a meteoric rise. They were approaching the end of a 2-year album cycle for their sophomore release, Re, which at the time was getting rave reviews for being a genre-defying album.

On Re you had ranchera, banda, huapango and boleros alongside rock, pop and even industrial music. Sure, the description on paper conjures up a melting pot of non-synchromatic musical styles; however, to the credit of Café Tacvba & their producer Gustavo Santaolalla, this album was and continues to be a TRUE work of art.

Around the time of the session, they were in LA to perform at the Universal Amphitheater. And with this particular live appearance, Café Tacvba performed songs from Re for the first time to a wider LA public (outside of their rock en español fanbase). They even squeezed in a then-unreleased cover of Jaime López’s “Chilanga Banda,” which is now synonymous with the band. It was a true marker for the musical movement as well as for a band whose 30+ year career has endured the test of time much like their pièce de résistance.

I didn’t hear this session live, as I would have been in class during my sophomore year of high school. But as soon as KCRW had their archives available online, I went digging for this session.

It’s incredible that this audio exists, it’s amazing that then MBE producer Gemma Dempsey and host Chris Douridas had the foresight to open up this space for a bubbling rock en español band, and it’s a true honor and privilege to be a part of a music department at KCRW that throughout the decades has embraced the diversity of culture in music’s eclectic-ness.