KCRW's In Residence sessions feature storytelling performances and commentary from some of our favorite artists.

Devon Gilfillian seamlessly jumps through genres and styles with a cool, effortless confidence that’s typically found in artists well into their career. The Philly native and Nashville-based musician released his debut album “Black Hole Rainbow” earlier this year and it’s been lighting up KCRW airwaves ever since. Recalling soul vocal greats like Al Green or Curtis Mayfield — Gilfillian and in-demand producer Shawn Everett (The War On Drugs, Alabama Shakes, Kacey Musgraves) unleash a sound that mixes everything from soul driven rockers to afrobeat boogies. His track “The Good Life” is landing with its message of peace and beauty, and in general, his lyrical-nous has resonated with an upbeat positivity and age-old perspective.

In the past couple months, Gilfillian has put a focus on home recording and sound engineering — which he details below — so it was serendipitous timing to present him for our In Residence live series. For the session, he recorded the aforementioned “The Good Life,” anthemic “Unchained”, and the afrobeat-influenced “Get Out and Get It.”

Related to his musical output, he’s been tapped to sing the National Anthem at various sporting events throughout his career — including a NASCAR race in early June, amid the backdrop of the Black Lives Matter movement — and he gives us insight into his powerful translation of the song at such an important juncture in America’s fight for racial justice.

Read more about this rising artist below and enjoy his commentary and performance.

Your new album pulls from a lot of distinct genres and reference points — from afrobeat to soul and straight ahead rock. What’s your process to distill all of that influence into your sound or a specific track? Do you approach a song — like “Get Out and Get It” — and say this will have an afrobeat vibe?

“Get out and Get it” is definitely the strongest afrobeat vibe on the album, but I wanted that to trickle into all the songs just a little bit. I love the percussion elements in afrobeat so I made sure they stuck out in “Unchained” and a little in “Stay A Little Longer.” I’d say each song has its own individual vibe that must be served, but the entire album is tinged in psychedelic afrobeat soul.

I even wrote some of these songs years apart — what really tied the entire record together was the fact that we recorded it all to tape, which gave it a dusty quality. Then we pushed it forward, layering synths and vocals, and samples. 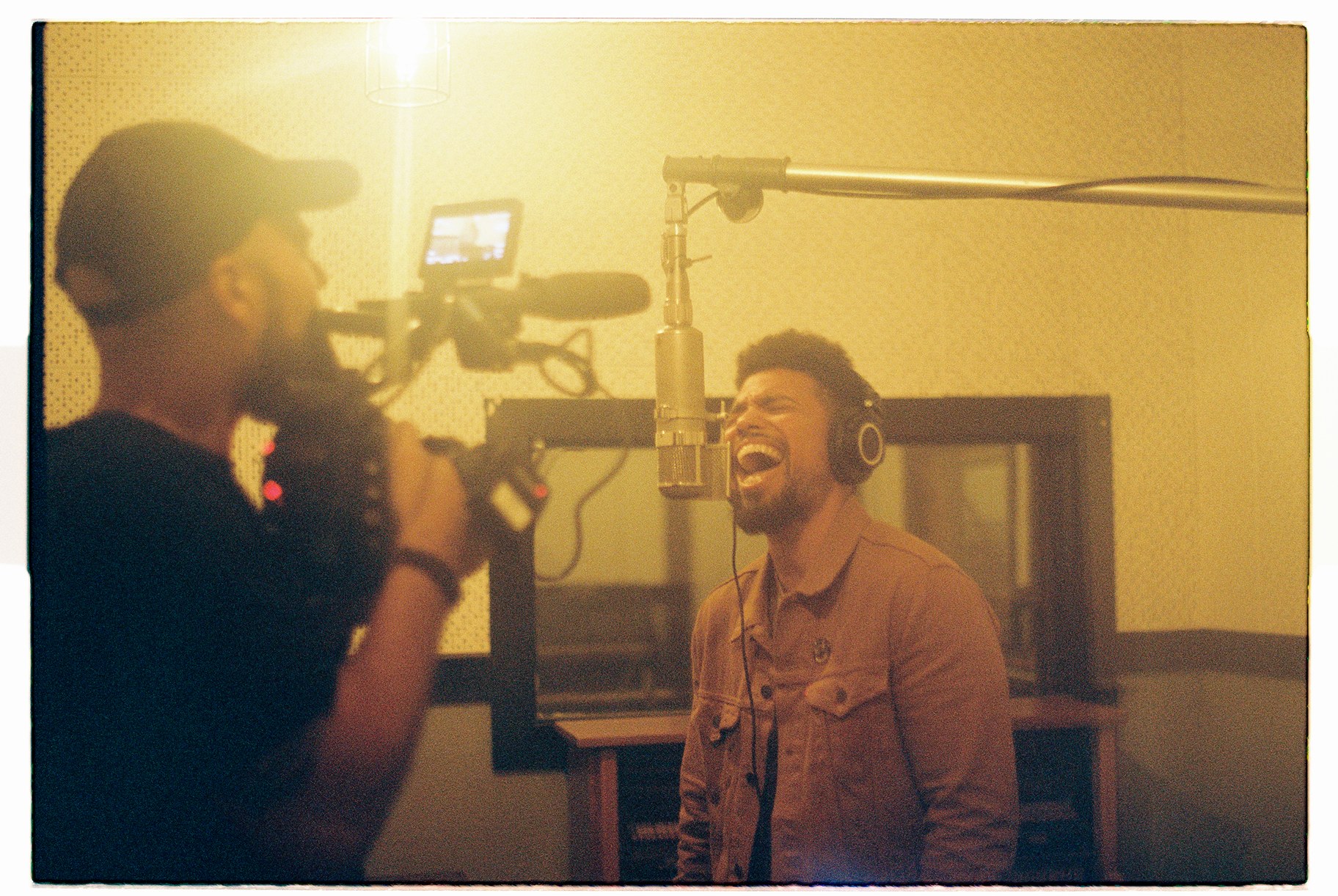 You’ve been involved with a number of sporting events — most recently a NASCAR race — singing the National Anthem. How does that pressure or ‘performance’ vary vs going out to play a set of your own? Especially at a pivotal moment like now, when athletes (and others) are using that song and ceremony to express themselves for social and racial change.

Singing the national anthem is the most nerve-racking thing for me. I am so much more comfortable singing my own songs. But when NASCAR asked me to sing it, I knew I was going to make a statement. I knew I was gonna put my fist up for Black lives at the end, and I knew it was so important. More than ever I believe it’s my job to speak for Black people in this country with the platform I have. 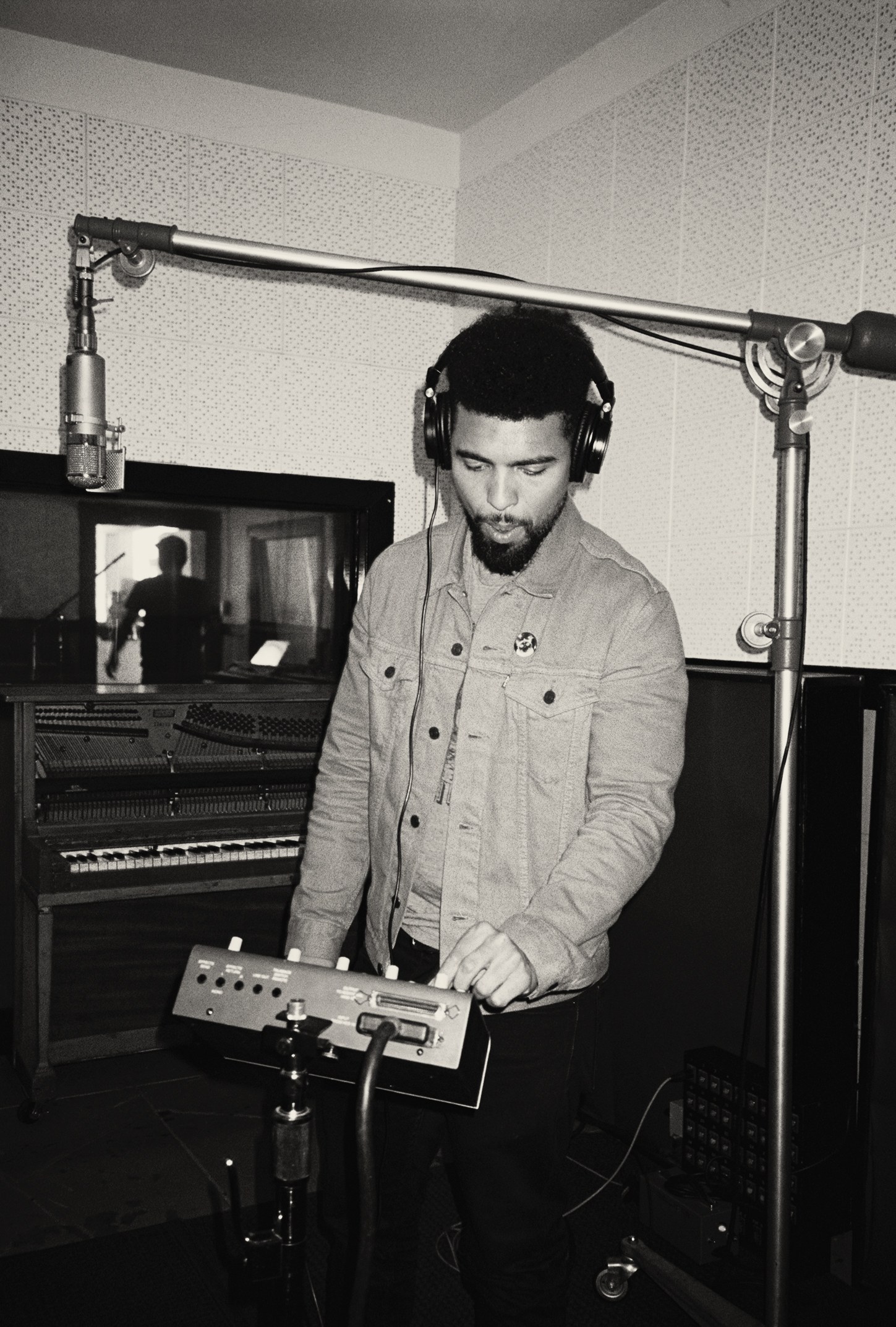 Do you have a place you like to go to get creatively inspired? Or maybe a routine? You relocated to Nashville —such a dynamic music city — imagine there’s plenty of opportunity to get the wheels spinning.

I love being in Nashville, and it has groomed me into the songwriter and musician I am. Being in quarantine so long, I’ve gotten to explore sound engineering and working with DAW’s [digital audio workstations] and recording software, really digging into production. I have a studio I put together in my house and I’ve been having lots of fun. I even started playing with GarageBand on my phone, that way I can be creative everywhere I go. I have a studio at my fingertips.

When we get back to live performance — do you have a venue or city you’re most looking forward to playing?

I really can’t wait to play in my hometown Philly, I want to see all my friends and fam from back home.