For Caltrans tenants, one last shot at home ownership Sean Abajian and his wife have wanted to own a home for years, but there is a problem: They live in Los Angeles County.

“Like many in our generation, we have a lot of money in student debt that has really become like a mortgage for us,” Abajain says, while sitting in the living room of his two-bedroom apartment on Prospect Ave. in South Pasadena.

Prices are just too high, he says. A recent tally from the real estate website Zillow puts the median home value in South Pasadena at $1.2 million. Condominiums similar to the one Abajian rents are listed at close to $700,000. 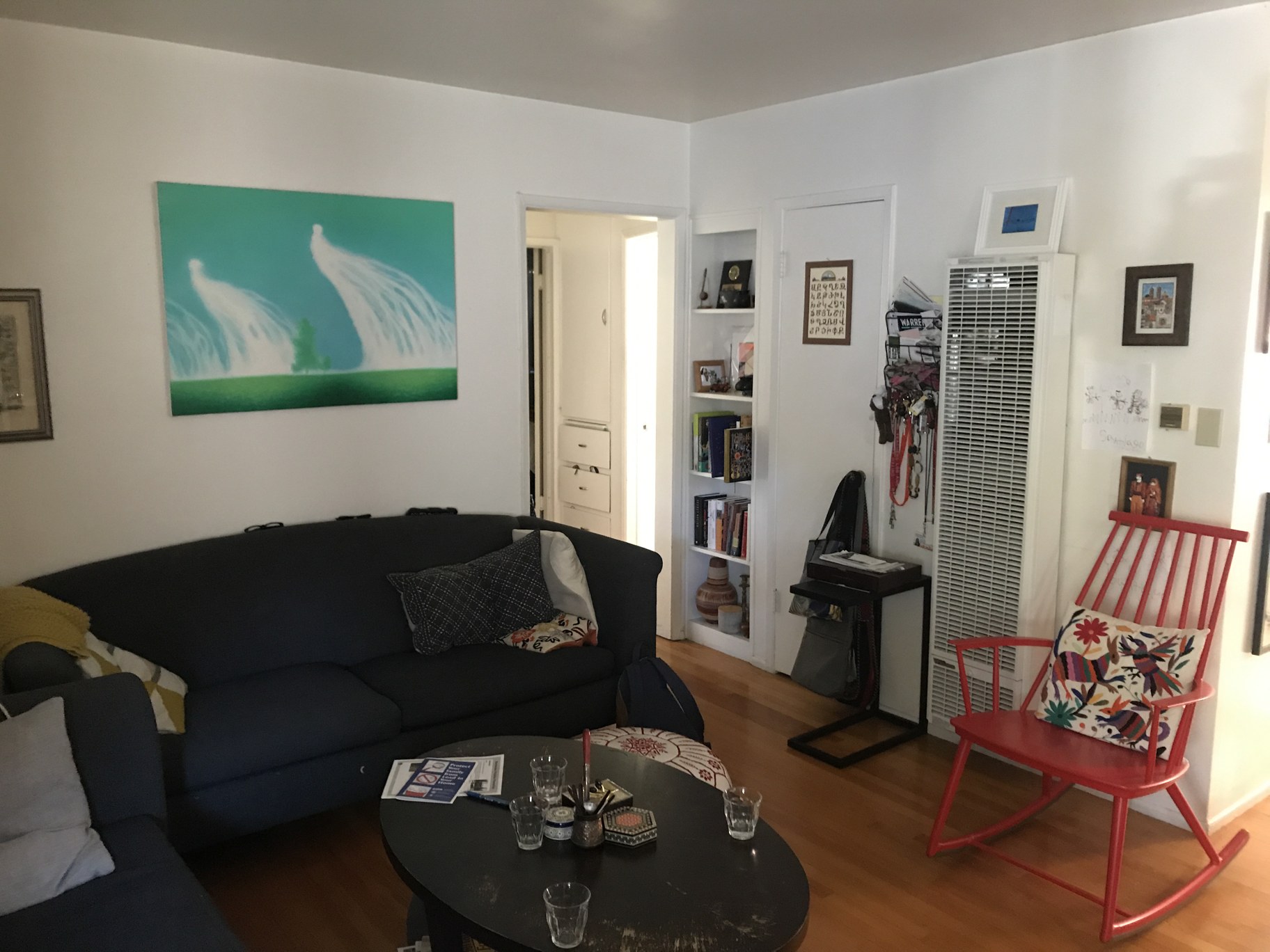 However, Abajian may soon have a shot at homeownership after all. He is currently renting an apartment owned by the California Department of Transportation (Caltrans). The agency purchased his building and several hundred other homes and lots in the area decades ago, in anticipation of extending the 710 freeway from Los Angeles to Pasadena.

The project has been mired in lawsuits and snarled by legislation for years. Just last month, Governor Gavin Newsom signed a bill into law that effectively kills the 710 extension plan for good.

Caltrans now has no choice but to sell the properties it has owned since the 1960s and 70s, and current tenants will have a chance to buy them at a significant discount.

“That is not exactly the American dream: To buy a small apartment by the time you're 45,” says Abajian, an adult education principal. “But this ... is like the one real opportunity that we have had so far.”

Abajian has teamed up with the four remaining tenants in his 12-unit apartment building to purchase the complex from Caltrans in partnership with Heritage Housing Partners, a nonprofit that builds and sells housing to low and middle income buyers. 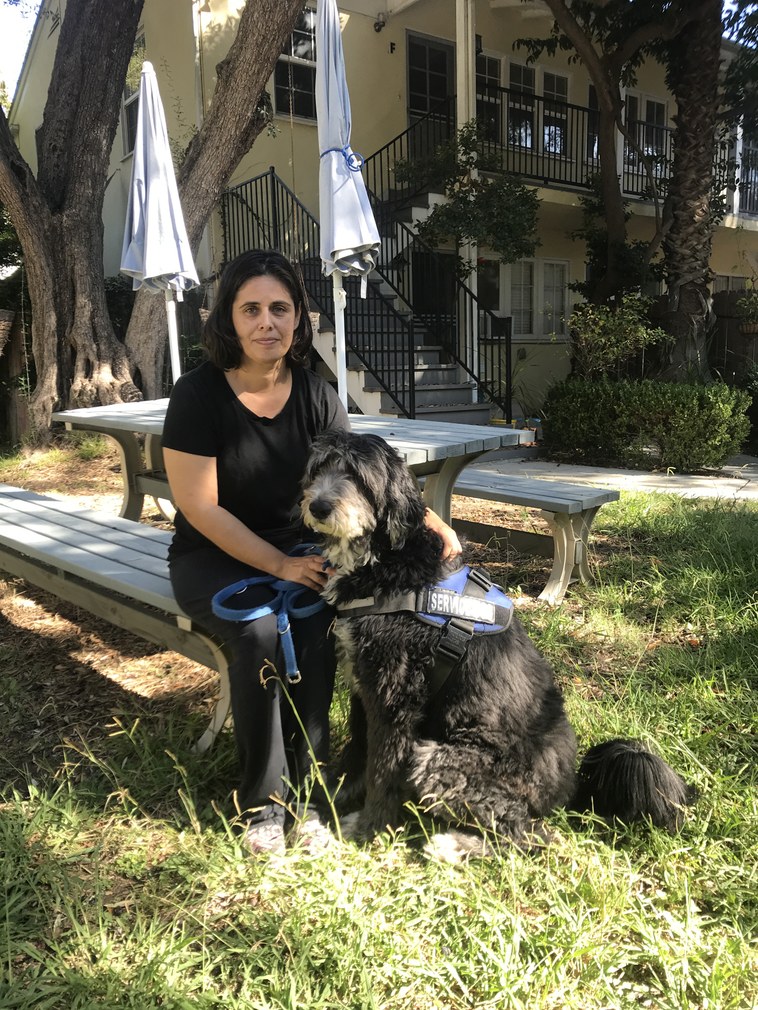 Maricela Guzman sits with her service dog outside 626 Prospect in South Pasadena. Photo by Benjamin Gottlieb/KCRW

But it remains unclear if - and when - their offer will be accepted.

“I think Caltrans is unable to staff the process,” says Christopher Sutton, an attorney in Pasadena who has represented Caltrans tenants in court. “[Caltrans] is selling nine properties a year. At that rate, it is going to take them approximately 50 years to sell these properties.”

In the meantime, Sutton says, roughly a third of the apartment buildings, houses, multi-family units and lots sit unoccupied, while the region suffers through a housing shortage.

Caltrans declined a sitdown interview with KCRW and would not answer questions about when it would sell its properties along the 710 corridor and for how much.

But Caltrans spokesperson Matt Rocco says the department is keeping some of the units vacant because it is preparing to sell them.

“The properties were intended for the 710 extension, and we do not intend on keeping the properties,” Rocco says. “Caltrans will continue to offer multiple opportunities to allow tenants to stay in place as owners or renters under new ownership.” 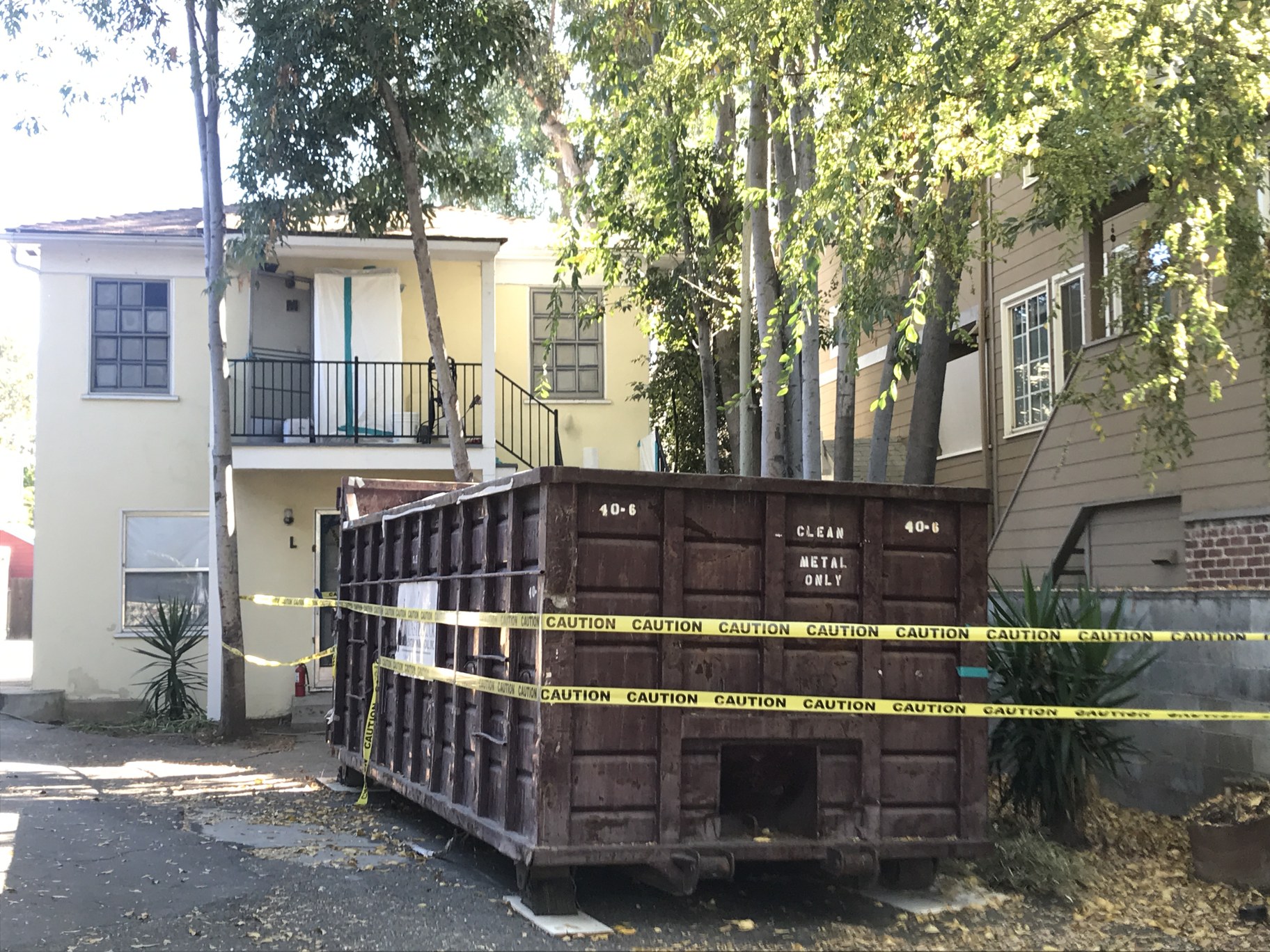 Construction workers hired by Caltrans fixing up a building on Prospect Ave. in South Pasadena. Photo by Benjamin Gottlieb/KCRW

One of the tenants that would be eligible to buy her home is Maricela Guzman, who lives in the same complex as the Abajians.

“I'm a survivor of military sexual trauma,” Guzman says. “I had a lot of instability with my mental health. And I eventually… I became homeless. I was living in my car.”

It is one of the reasons why buying her small unit in this apartment complex means so much to her.

“We have been doing this for three years. We have been talking to Caltrans,” she says. “It is now in Caltrans’ hands. Caltrans can make this happen.”

For Caltrans tenants, one last shot at home ownership

Two-bedroom units in Pasadena often sell for $700,000. So how could one cost $75,000? Caltrans owns it. The state agency is selling off many properties that were supposed to...

The history of fighting over the 710 freeway expansion

That 710 freeway expansion was supposed to be a seamless corridor through the San Gabriel Valley. But preservationists pushed back against the project for decades, and...

With nearly 60,000 people homeless across LA County, it continues to be a top issue for many people.