The Academy Museum of Motion Pictures opens Thursday after the epic restoration of the 1939-era May Company Building. Italian architect Renzo Piano married the historic Streamline Moderne department store on Wilshire Boulevard with a new concrete and glass sphere that seems to have descended from outer space.

“He’s managed to combine the old and the new in a way that reinvents the building,” says design and architecture correspondent Frances Anderton, who hopes this project will serve as a model for the future. “We have tons of buildings which could be inventively reused in that way. It holds on to memories. It creates new memories. I think it's very exciting.” 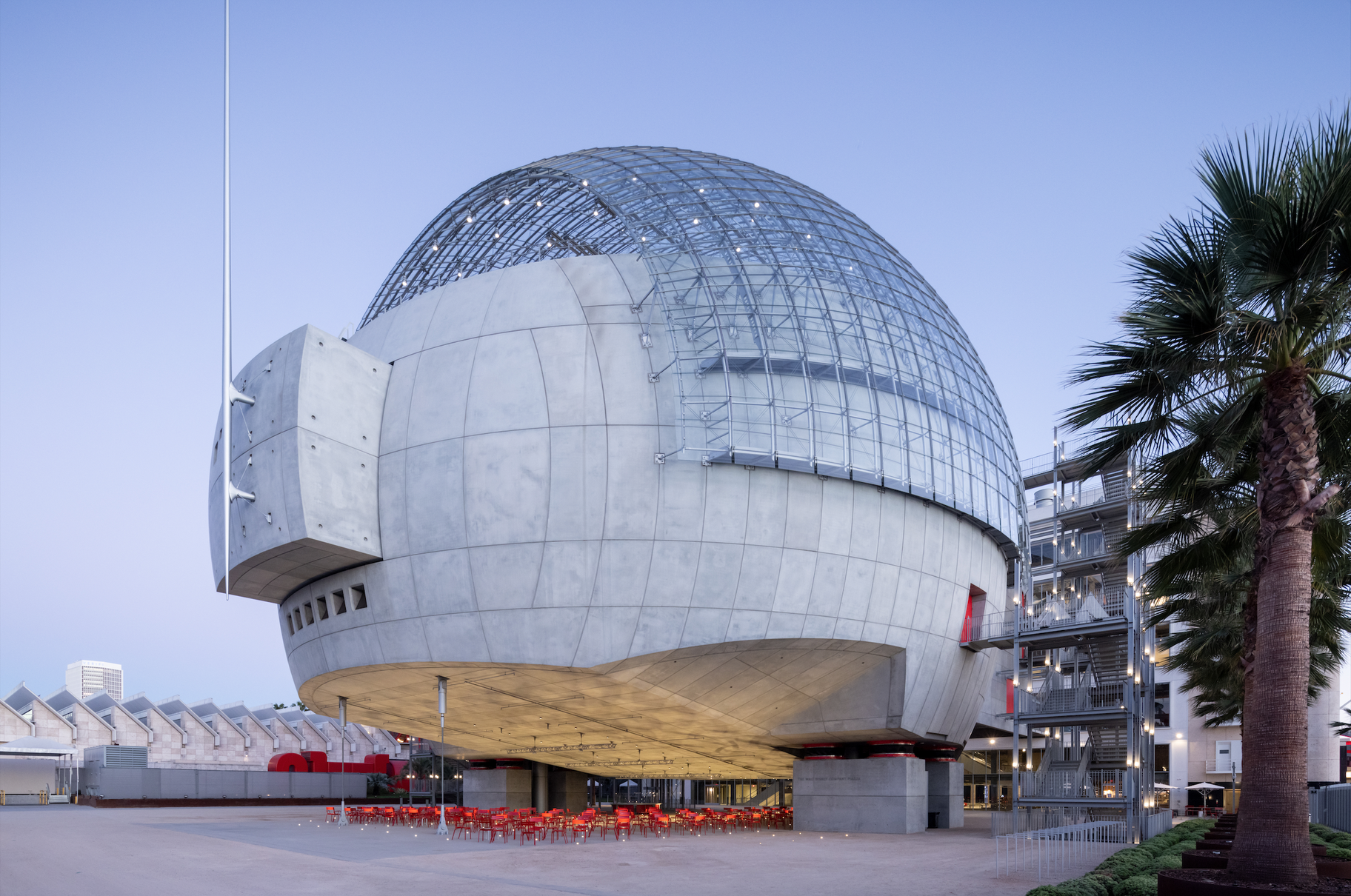 Connected to the old May Company Building is the Geffen Theater, a new concrete and glass sphere that holds a 1,000-person auditorium. Many call it the “Death Star,” referring to the space station from Star Wars, but the architect Renzo Piano describes it as a “soap bubble.” Photo by Iwan Baan, courtesy of the Academy Museum Foundation. 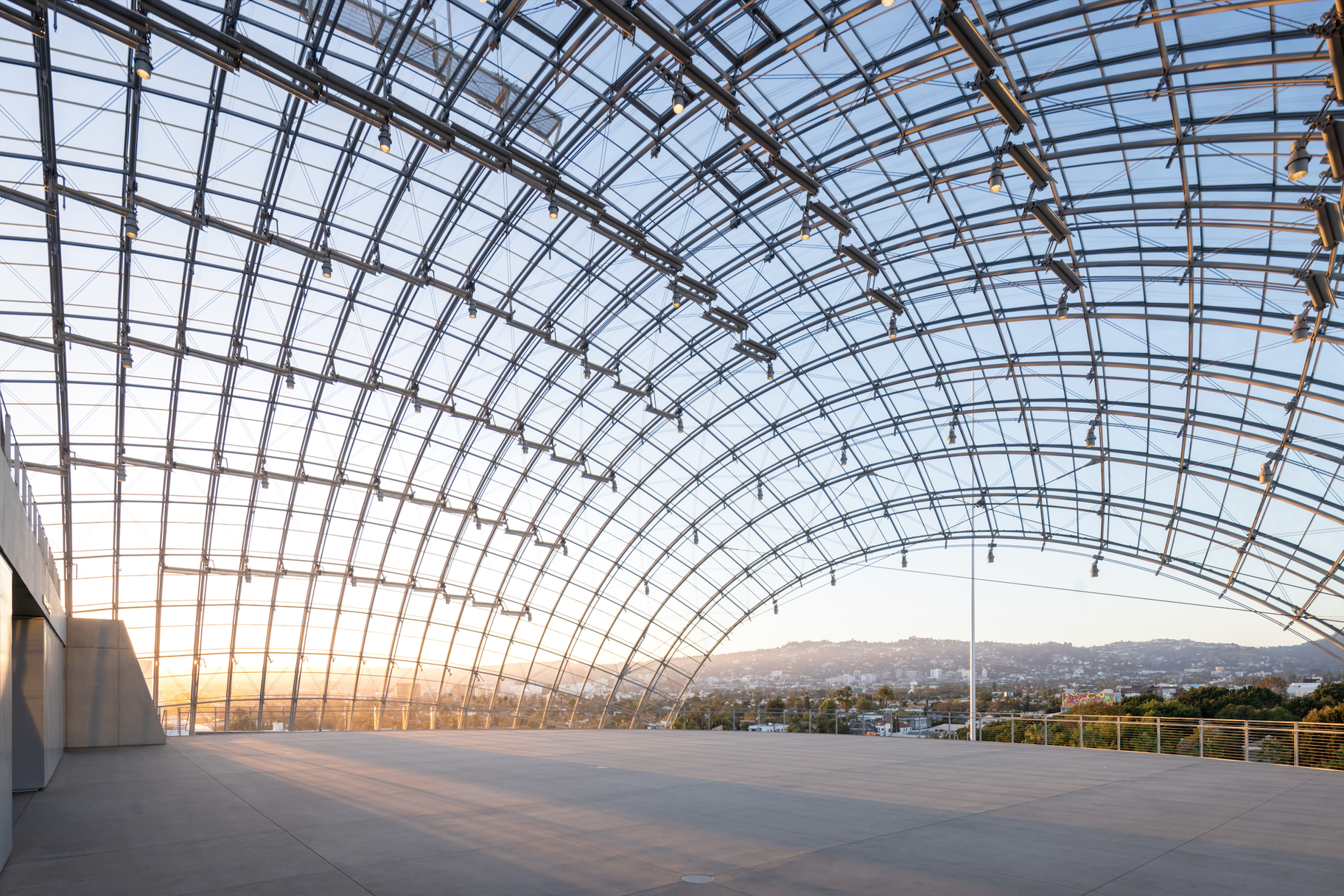 The rooftop deck of the Geffen Theater looks out toward the Hollywood sign. Photo by Iwan Baan, courtesy of the Academy Museum Foundation. 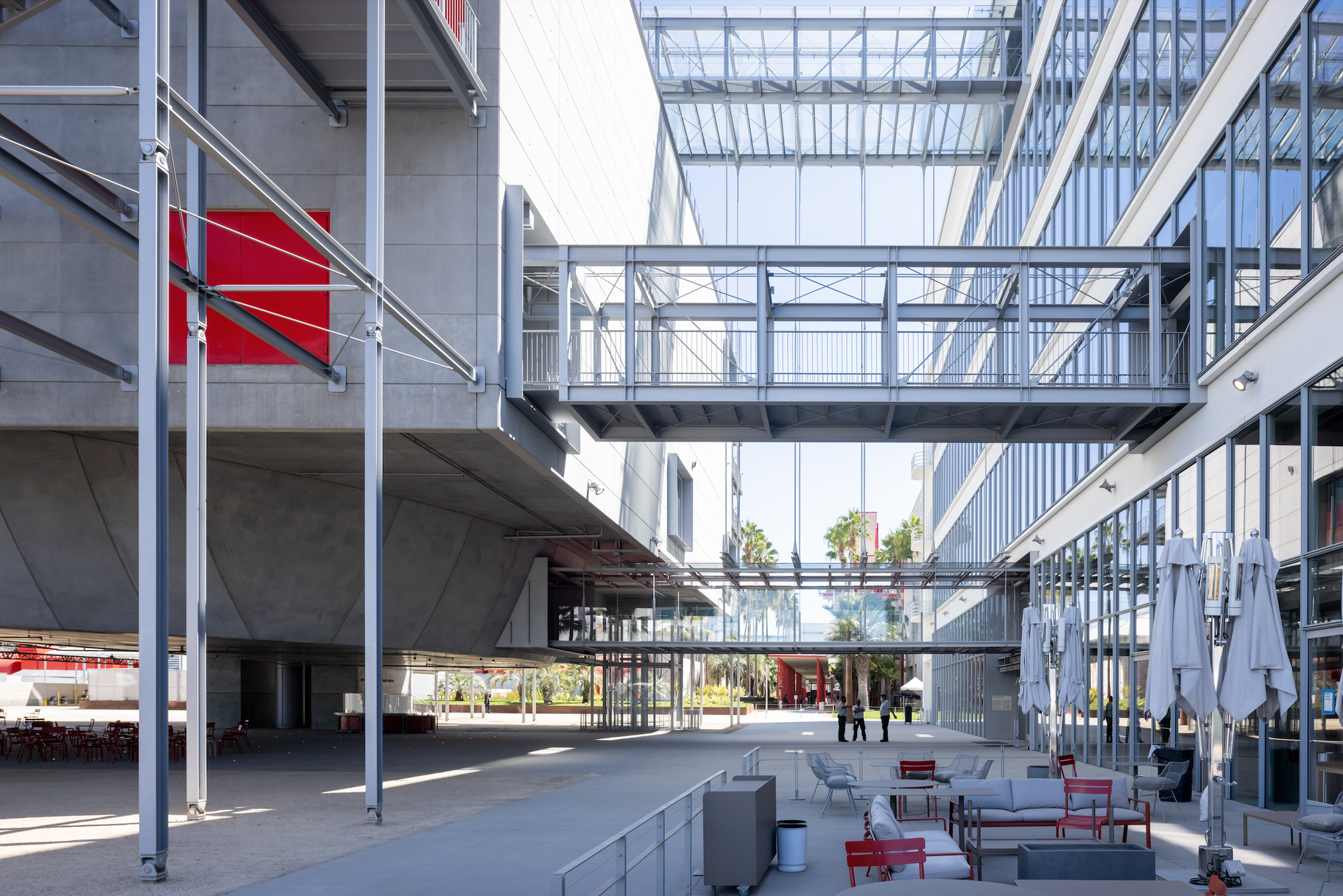 Bridges connect the 1939-era May Company Building (now known as the Saban Building) to the Geffen Theater. “The bridges are designed in a way that they can slide if there's an earthquake,” says Frances Anderton. Photo by Iwan Baan, courtesy of the Academy Museum Foundation. 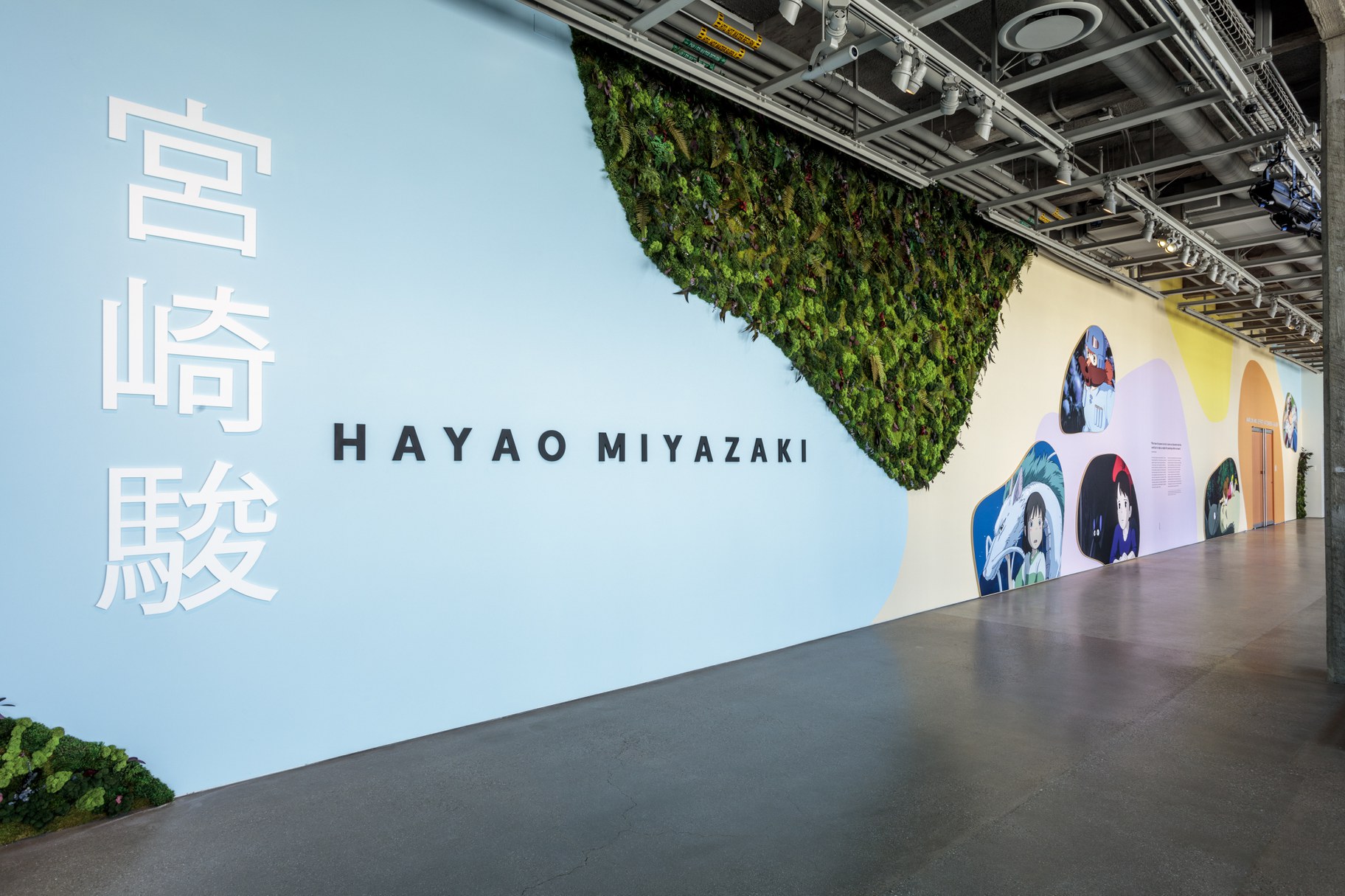 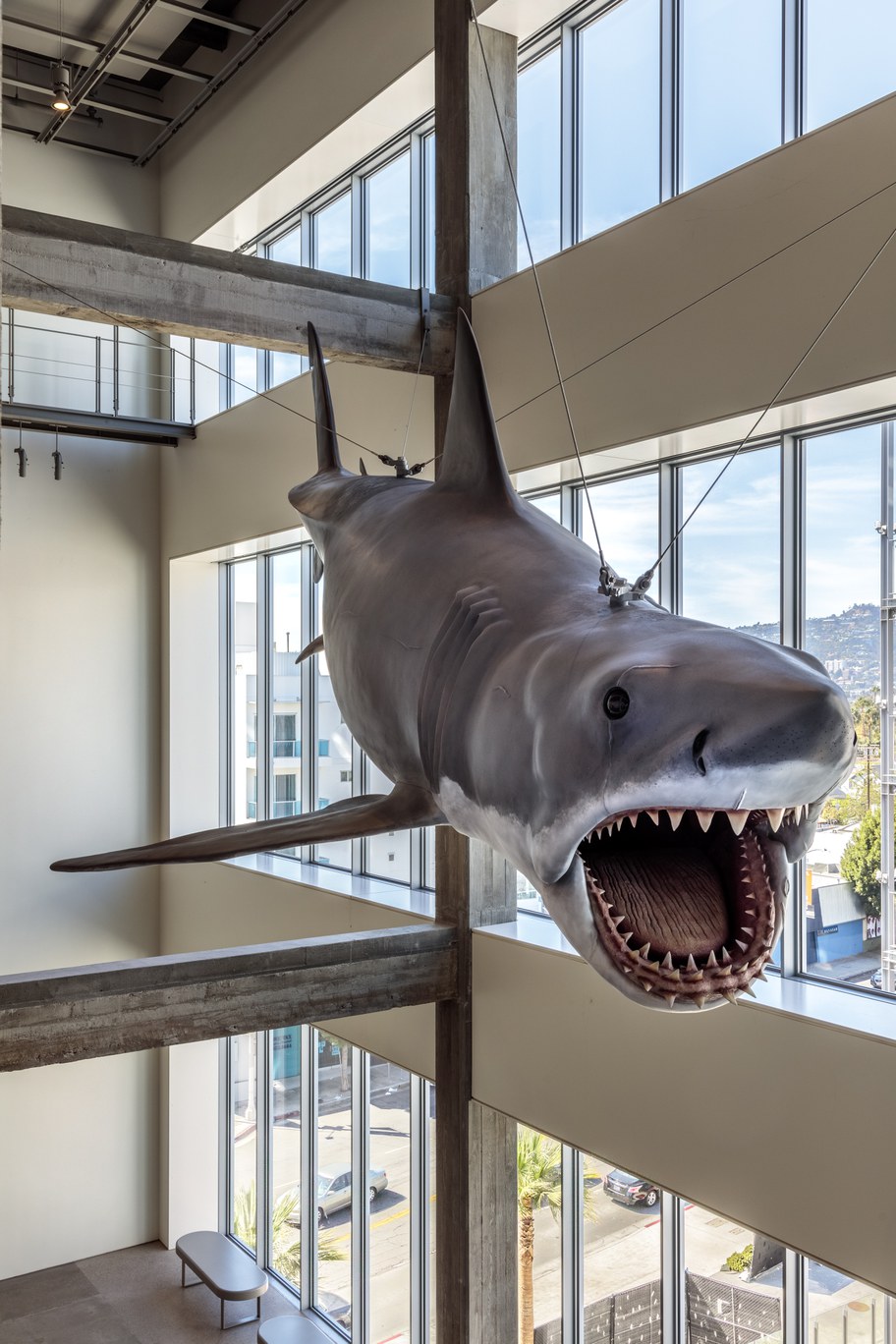 In the stairwell of the Saban Building, visitors can see this mechanical shark from the movie “Jaws.” Frances Anderton says, “They've suspended it in a way that it's right at the top of this escalator, so you're looking up through several layers.” Photo by Joshua White, courtesy of the Academy Museum Foundation.

Piñatas are often the centerpiece at parties, birthdays, and quinciñeras. But they’re also artistic objects that have been overlooked. One art exhibit wants to change that:...