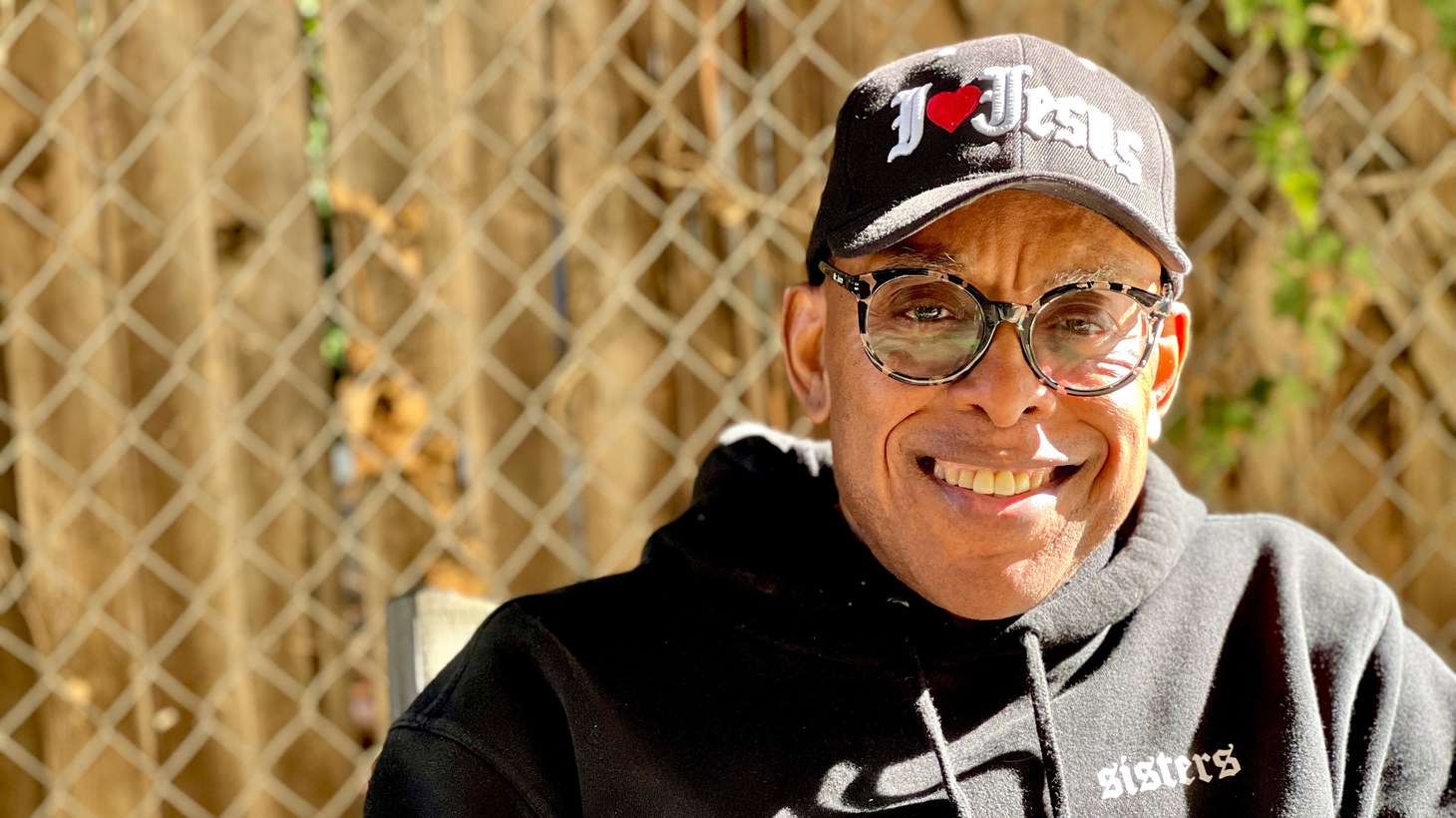 Frederick “Juice” Johnson is a regular at the Rancho Los Amigos National Rehabilitation Center, where he helps patients undergoing physical therapy. If he’s not there, he’s volunteering at the Salvation Army in Bell or at the LA Regional Food Bank. His only day off is Friday.

Johnson was a bassist who jammed out with members of Parliament-Funkadelic and had more than three decades of music stored at the tip of his fingers. For 15 years, Johnson lived in Japan performing and touring with various musicians.

But his life changed while he was on vacation in the United States. He suffered two separate strokes in two years. Then he was diagnosed with prostate and lymphoma cancer. His limited mobility and constant hospital stays put him into depression. Eventually, he ended up homeless.

“I played bass for 37 years and all of a sudden I can’t play no more,” Johnson tells Greater LA. “I really felt like suicide. There was nothing left for me to do. … I left my car, my house, everything [in Japan]. Didn’t do nothing, left it there.”

He says he never got back his belongings, which were worth thousands of dollars.

Johnson’s life later turned around thanks to the nonprofit called A Community of Friends. Now, at 64 years old, he’s giving back to the same organizations that helped him when he was struggling.

“The volunteer stuff keeps me going,” he says.

The people in rehab know that he understands their situations, he explains. “It takes somebody to experience it to really know what’s going on. … It works out beautifully.”

Marine Mammal Care Center LA has survived struggles and the pandemic as it cares for injured sea life. The center has reopened to the public.

Why more bird species are appearing in LA: Results from Christmas Bird Count

The Black Phoebe, the Cassin’s Kingbird, and Pacific Slope Flycatcher are among the unusual birds found in the San Fernando Valley during the latest annual Christmas Bird...

Bassist Frederick “Juice” Johnson suffered strokes, cancer, and then homelessness. His life turned around thanks to nonprofits, and now he’s giving back to those same...