At the start of the pandemic, performance artist Kristina Wong was feeling inessential. The world was on lockdown and her services weren’t in much demand. So she started making masks on a Hello Kitty sewing machine in her Koreatown apartment.

She documented her sewing on social media, sharing her efforts with her tens of thousands of followers. Soon, requests from hospital workers and others who badly needed face coverings started coming in. Wong was quickly overwhelmed by all these orders and put the call out for help.

“Sometimes these things happen in the world and you can try to push forward like they're not happening, or you surf them,” Wong says. “And here's a situation where one thing led to another, and suddenly I was running a national mutual aid group.”

She named that group — mostly comprised of women  — The Auntie Sewing Squad. The ragtag collective expanded to include hundreds of volunteers nationwide, who helped Wong cut, sew and deliver masks all over North America to hospital workers, migrant workers and more. The Aunties spent 18 months sewing, fundraising and supporting each other with all kinds of self-care.

Now Wong has turned their story into a one woman show at the prestigious New York Theater Workshop. It’s called “Kristina Wong: Sweatshop Overlord” and runs eight times a week.

Wong says it was important for her to document those hectic 18 months — the good, the bad, and especially the people who showed up.

The show highlights how the women created 350,000 masks, held winter coat drives, donated emergency vehicles to the Navajo Nation, and so much more. 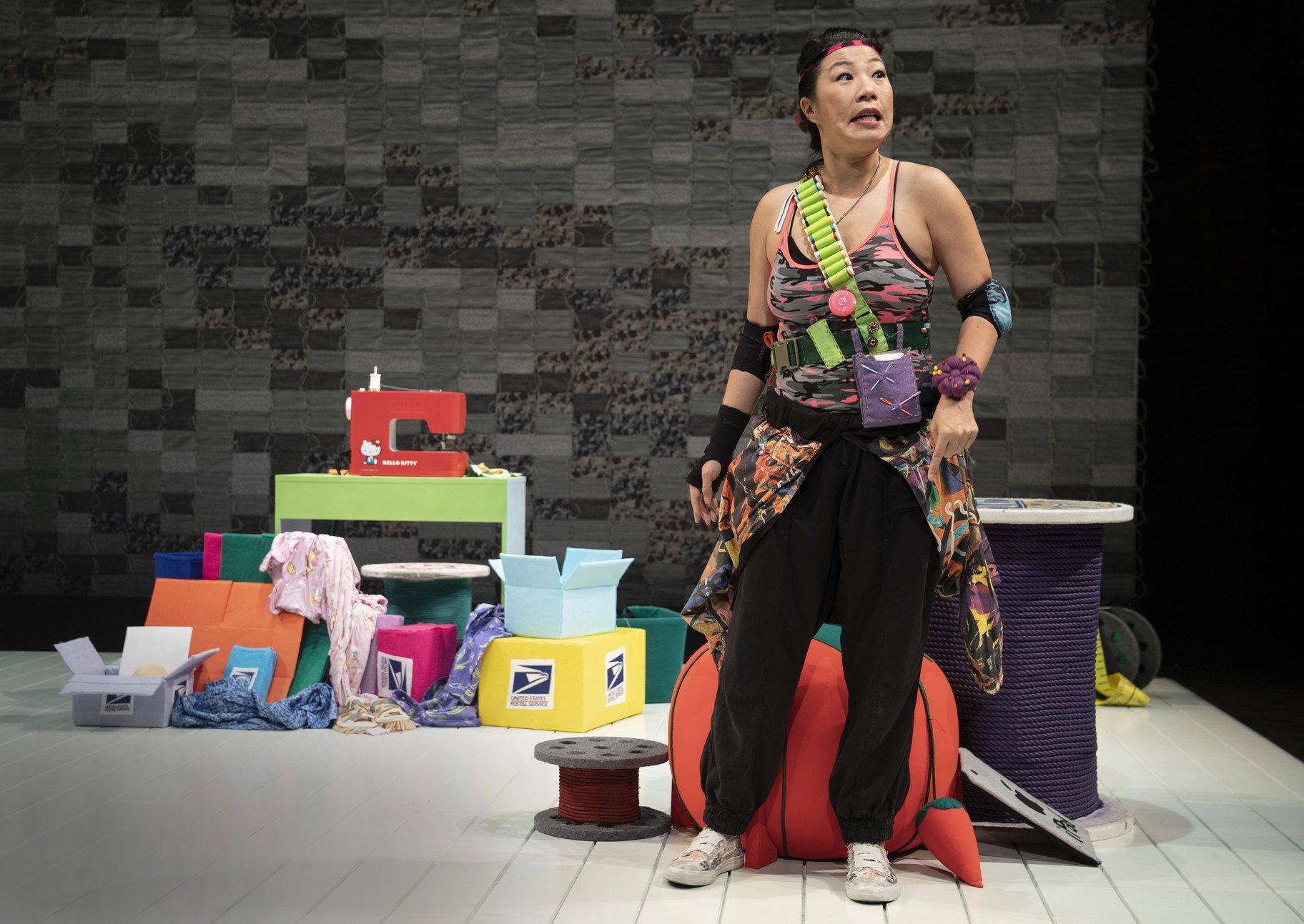 And Wong tackles the rise in anti-Asian hate crimes that accompanied the pandemic’s early days. Wong has heard from many attendees just how much it means to them that she’s speaking out about it.

“I realized we haven’t had a lot of public space to process this, aside from maybe a news story where we talk about all these hate crimes, or we go to a march and we’re screaming and screaming,” Wong explains. “But the theater is its own kind of specific space for shifting and processing. You sit and it's a story, it’s a little slower. And it’s more of a mutuality, I think, shared between the performer and the audience.”

Wong will continue sharing those experiences onstage — amidst oversized pincushions and felt-covered sewing ephemera — at the New York Theater Workshop through November 21. She’s also hoping to find a theater closer to home to host her show about a sewing revolution straight out of Koreatown.

At the start of the pandemic, performance artist Kristina Wong was feeling inessential. The world was on lockdown and her services weren’t in much demand. So she started...

Redistricting happens once every decade. What does it mean for California?

The 2020 U.S. Census wrapped up more than a year ago and those numbers, such as population and demographics, are factoring into political districts. It’s prompted...

The Southland is known as the world’s entertainment capital, but it’s also recognized for its great food.