Corrin Rankin is President of Legacy Republican Alliance, an organization dedicated to expanding the presence of Black Americans in the Republican Party. Photo by Christopher Ho.

Twelve Black political organizations have invited the South LA community to hear from local candidates for Congress, county supervisor, and city council ahead of the primary and city council election coming on Tuesday, March 3. 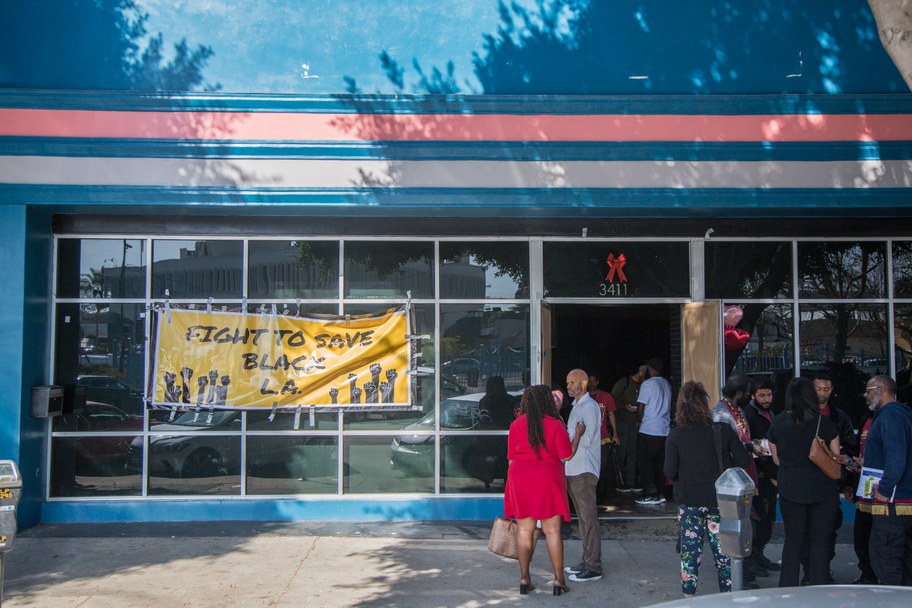 Voters gather on the sidewalk outside of the Leimert Village Studio. Photo by Christopher Ho.

Lots of people associate the Black community with being loyally Democratic, which makes sense. For generations, most of the nation’s Black population has voted for Democrats. But that assumed allegiance has left some Black voters feeling forgotten.

Corrin Rankin is a former bail bonds woman who has made it her mission to convert more Black people from Democrats to Republicans. Rankin is Black, and she’s an avid Trump supporter and advisory board member on his “Black Voices For Trump” reelection initiative. She voted for Democrats for most of her life, but she was convinced the party wasn’t doing much for her.

“When Barack Obama came along, I was so inspired by him. I felt like he got it, like he understood, like that he was going to kind of push back on the Democratic Party,” she says. “I was very disappointed because I didn't feel like he once he was elected, that he was really fighting for me as a small business owner, as a middle class American and as a Black person. And so that's why I started questioning, why am I a Democrat?” 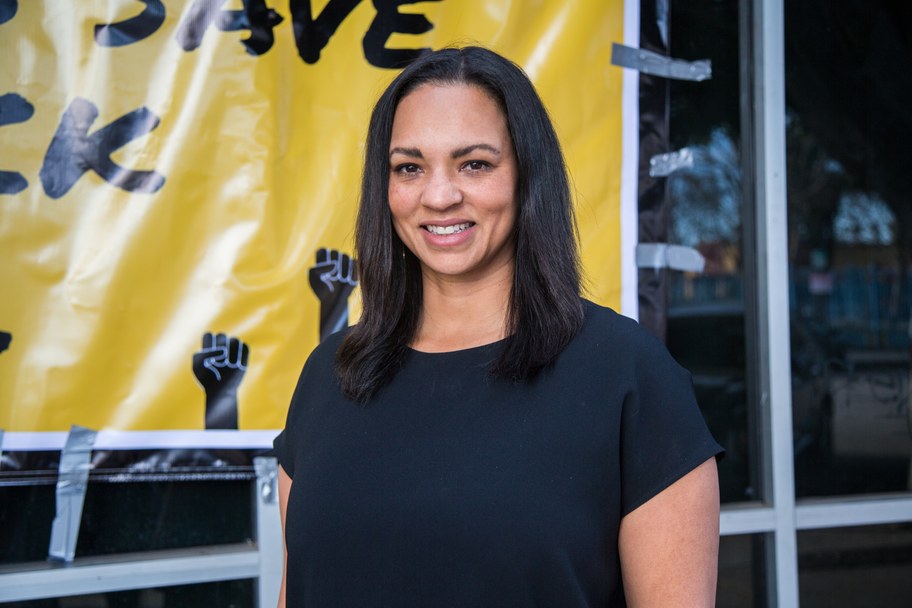 Corrin Rankin, President of Legacy Republican Alliance. The organization is dedicated to expanding the presence of Black Americans in the Republican Party. Photo by Christopher Ho.

While Trump was campaigning in 2016, pundits didn’t expect him to get a lot of support from the Black community. But according to an analysis by the Center for American Progress, he received about 8% of the Black vote — in an election that saw an overall decrease in Black voter turnout.

But right now, Black Americans aren’t happy with his performance. In a Washington Post-Ipsos poll last month, 83% of Black Americans said President Donald Trump is a racist. So this is an interesting time to try to convert Black Americans into Republicans.

Rankin says she doesn’t think that it’s the president’s responsibility to take on racism.

“We live in a society that has racism. We've always had racism in this country in one form or another. So I always say that if we're looking to the president, be it Barack Obama, be it George Bush and Donald Trump to solve racism, then that's our first mistake.”

Rankin says she focuses her messaging on what she views as Trump’s efforts to uplift Black people.

“I mean you can't argue with the lowest Black unemployment levels in history. It's historic,” she says. “What he's doing with historically Black colleges, that they're going to be permanently funded.”

In December, Trump signed a bipartisan bill that would provide more than $250 million a year to the nation’s historically Black colleges.

“He is making good on his promises, and that he has been helping the Black community with the First Step Act for criminal justice reform,” Rankin says.

She says that the Democratic Party’s lack of policies that improve Black people’s lives, plus the current field of Democratic presidential candidates are evidence that Democrats don’t prioritize Black people. The candidates of color were the first to drop out, and the remaining field are all white millionaires or billionaires.

As he runs for reelection, President Trump is making appeals to the Black community. He ran an ad during the Super Bowl touting his legislation on criminal justice reform, and highlighted low unemployment figures in his State of the Union address.

Rankin is happy that Trump is enthusiastic about getting Black support. But she says that the California GOP doesn’t share the sentiment. She claims that during their convention last year, the state party said that they wouldn’t do any direct outreach to California’s Black residents, which is about 6% of the state’s total population.

“It made us all feel terrible, quite frankly,” she says. “But we had two choices. We could sit around and feel terrible and complain about it to ourselves, or we can get up and do something about it. And we chose the latter.”

Now she’s on a mission to get Black people to buy in. Last year, she founded the Legacy Republican Alliance, a social club and political action committee dedicated to supporting Black Republican candidates across the country.  That means she spends her weekends driving from her home in Redwood City to events like these in LA and talking to voters. 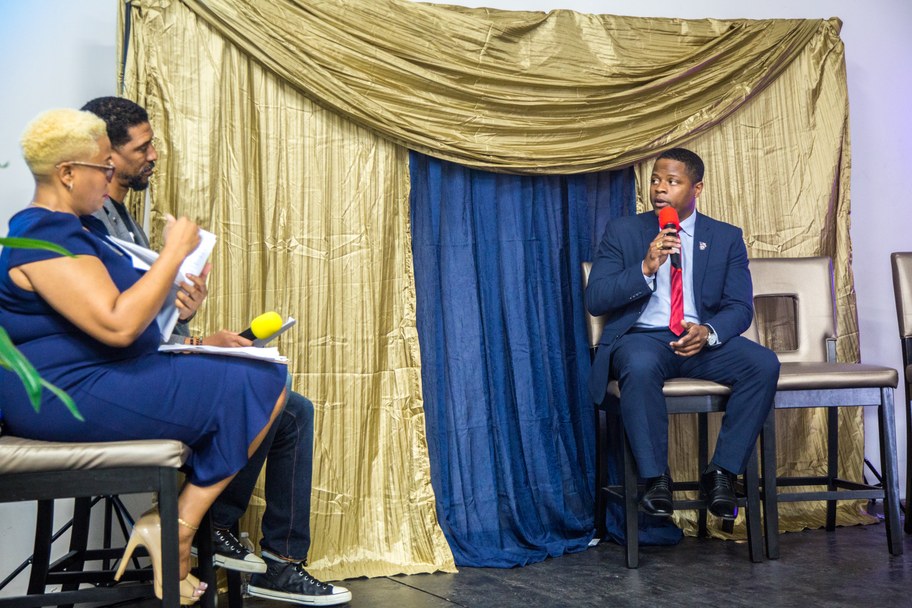 No one at this town hall was openly dismissive of voting Republican. Harriet Barton says she’s been politically active for over 40 years, and is considering making some changes.

“I had been Democrat my whole voting life, but I have registered Independent and I'm listening. So it depends on what they're saying,” she says. “I'm not saying I would vote for Trump, but I'm open to someone that's addressing my needs and the needs of my community.”

Still, Rankin has a lot of work to do. The Pew Research Center reported in 2018 that 84% of Black voters identify with or lean toward the Democratic Party.

There are more cases of the novel coronavirus (COVID-19) spreading outside China and Japan, through Europe and the Middle East. In California, as of this morning, there are...

A Southern Californian community science project is dedicated to studying the biodiversity of the region’s snails and slugs. It’s called SLIME: the Snails and Slugs...