By Giuliana Mayo and Zaydee Sanchez Dec. 28, 2022 Born and Razed 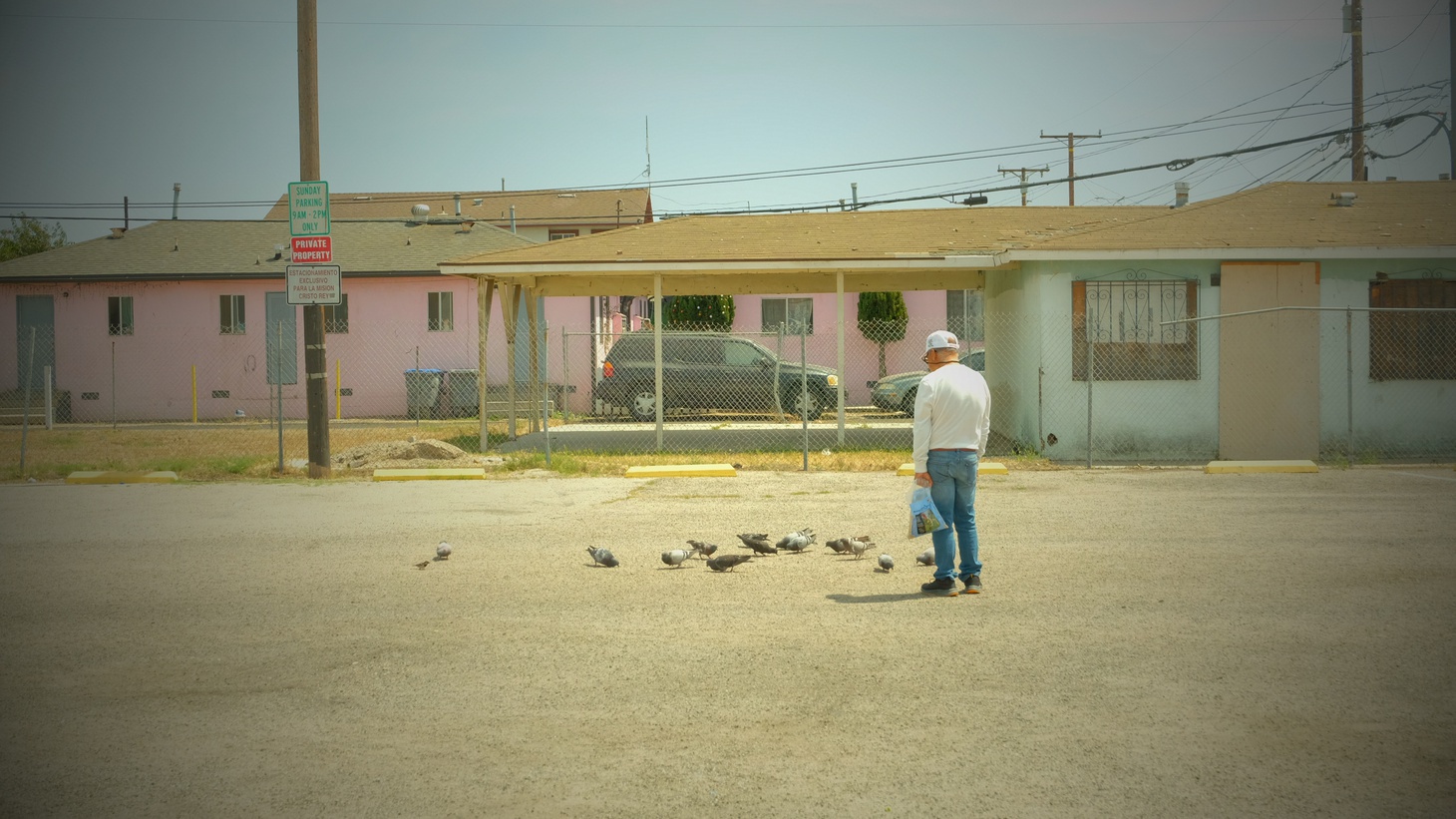 La Colonia, a neighborhood in Oxnard, consists of single-family homes with gardens and chihuahuas barking behind fences as pedestrians pass by. Cars are parked everywhere in this historically working-class neighborhood. And like much of the U.S., Oxnard is experiencing a lack of housing.

The cost of living has risen in Oxnard. The pandemic affected employment, among other things, for people in La Colonia and nearby neighborhoods.

Residents have had to adjust their lifestyles to make ends meet, says David Perez, who has lived in Oxnard for 15 years. He says he can’t afford to live with his family anymore because of the financial effects of the pandemic and because his rent is going up 30%. Now Perez lives with three other agriculture workers. 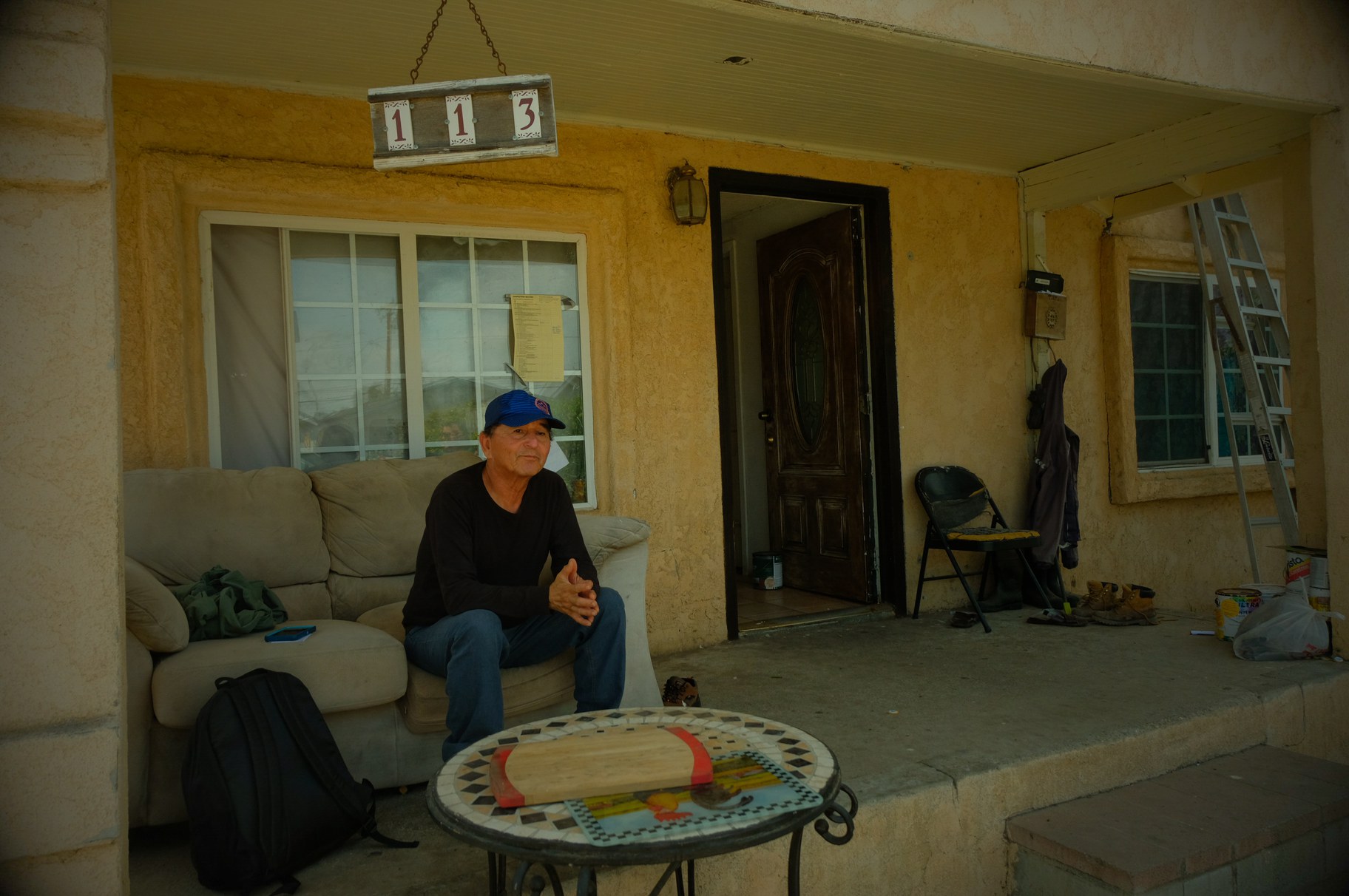 Before COVID-19 and the rise in housing costs, David Perez lived in a single home with his wife and daughter. Now he rents a room in a shared living space, and his wife and daughter live elsewhere. It’s been tough, but the family needed to save money, he says. Photo by Zaydee Sanchez for KCRW.

“As property management, we cannot allow to live too many people [sic] in the house because it's not in the lease agreement. So it's very tough, so when I drive around and look [at] houses, I know there's [sic] more than two families living there because I see six, seven cars in front of the house,” says Julio Gomez, who has been a real estate agent and property manager in Oxnard for more than 20 years.

Gomez says only 10 houses are currently priced under $700,000 on the market in Oxnard. Even then, getting into one of those homes isn’t easy. Gomez explains that to buy a home for that price with 20% down, someone would need an income of $140,000 a year or $73 an hour.

The low-wage agricultural workforce is not new. The western expansion brought Germans who bought the land and grew lima beans and sugar beets. Waves of other immigrants followed, from Japanese to Portuguese to Mexicans. Now Oxnard is mostly known for its strawberries, and Mexicans and Central Americans comprise the bulk of the workforce.

Also, Ventura County’s ordinance called Save Open Space and Agricultural Resources (SOAR) makes it hard to develop existing farmland for commercial or residential purposes. Oxnard’s housing crunch is different from other parts of the county because development has to be voted on by Ventura County residents.

Norma Gomez, an Oxnard resident, works at Mixteco Indigena Community Organizing Project. They provide support services to indigenous migrant communities who work in the fields and factories in Oxnard. When the pandemic began, her rent increased from $1,800 to $2,200. On top of that, she was asked to get renter’s insurance and to start paying for water. She says even with a good job, there’s not an affordable path that would make her able to buy a home in Oxnard. 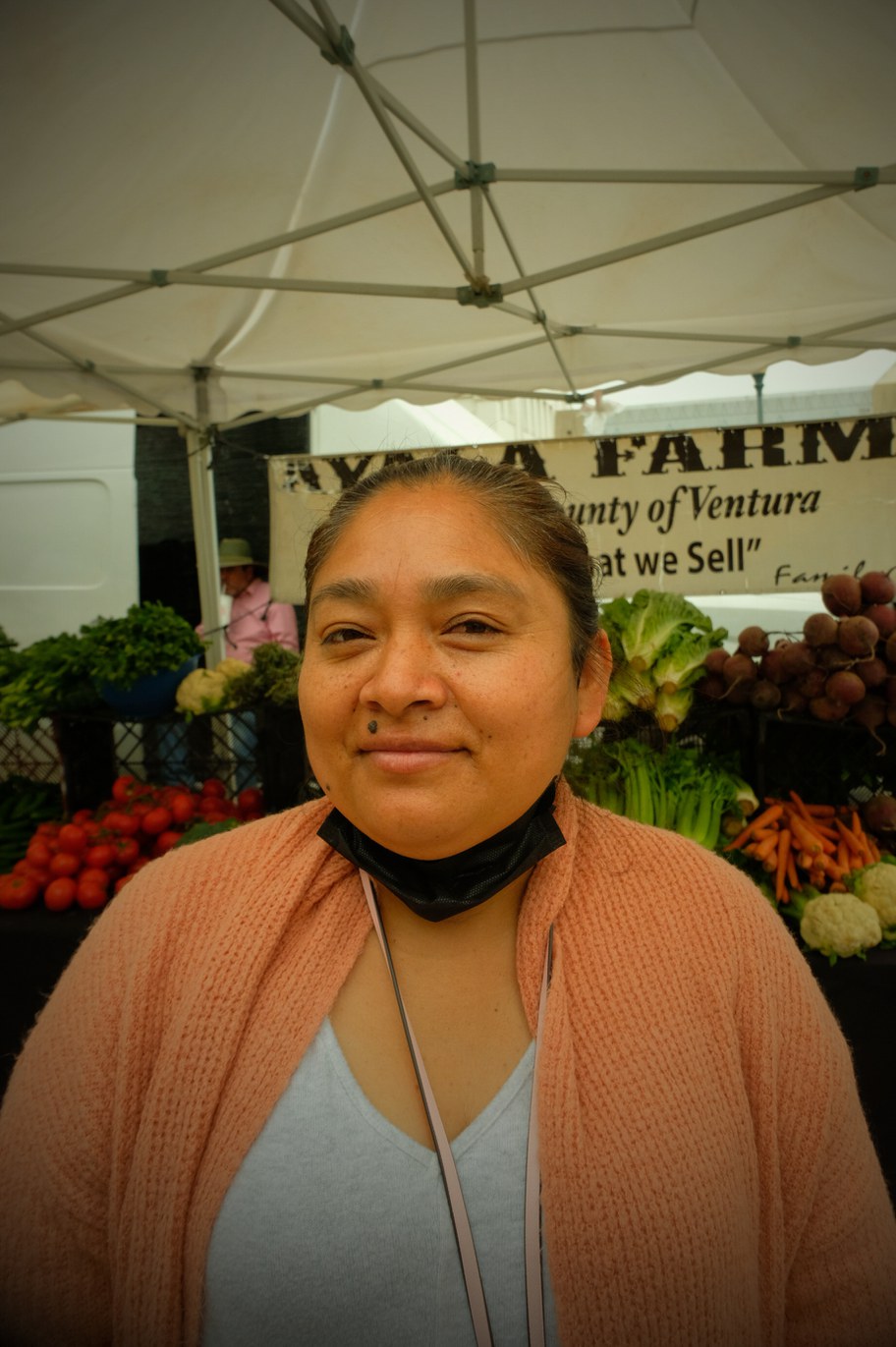 Norma Gomez is a project manager at MICOP, a nonprofit supporting indigenous migrant communities. Gomez says the cost of rent in Oxnard has forced many indigenous migrants to relocate to cramped living spaces. Photo by Zaydee Sanchez for KCRW.

There are some residents in Oxnard who are actively working to get more housing built. They’re fighting for zoning changes, lobbying for local candidates who are pro-affordable housing, and more. An economist named Max Ghenis, who is originally from the Bay Area, started a Yes in My Backyard group a few years ago. 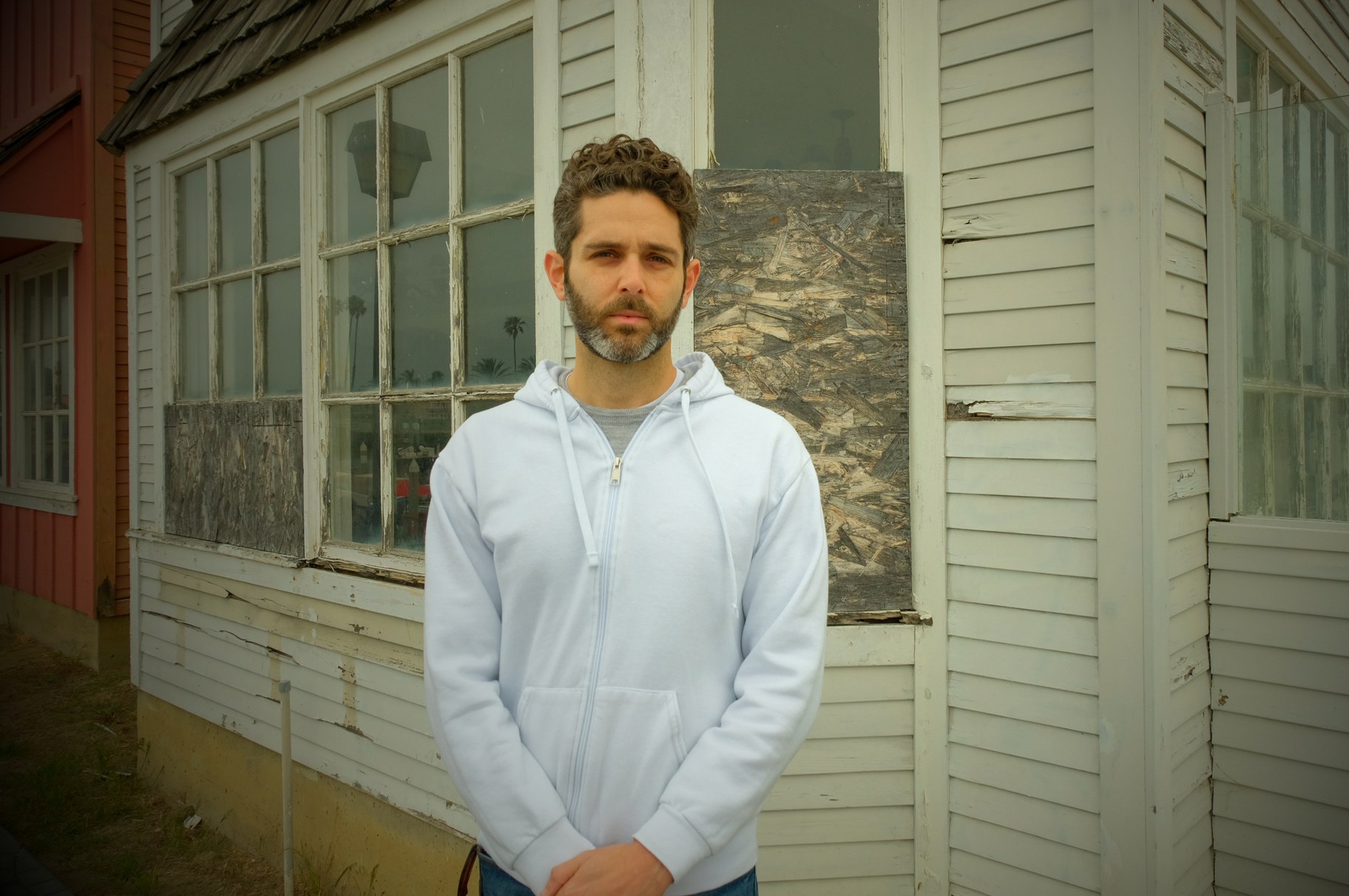 “I focus on poverty. And certainly the shortage of housing is a major contributor to poverty. In California, we have the highest poverty rate of any state, and we have the fewest homes per adult of any state,” Ghenis says. “And also, it's a personal issue in terms of inclusiveness to immigrants. And also it's a climate issue. If you don't legalize dense housing, we have to sprawl further into places where people have to drive more, where you have to use more land to get people into homes. So it's really those three pieces — sustainability, affordability, and inclusivity — that drive us.” 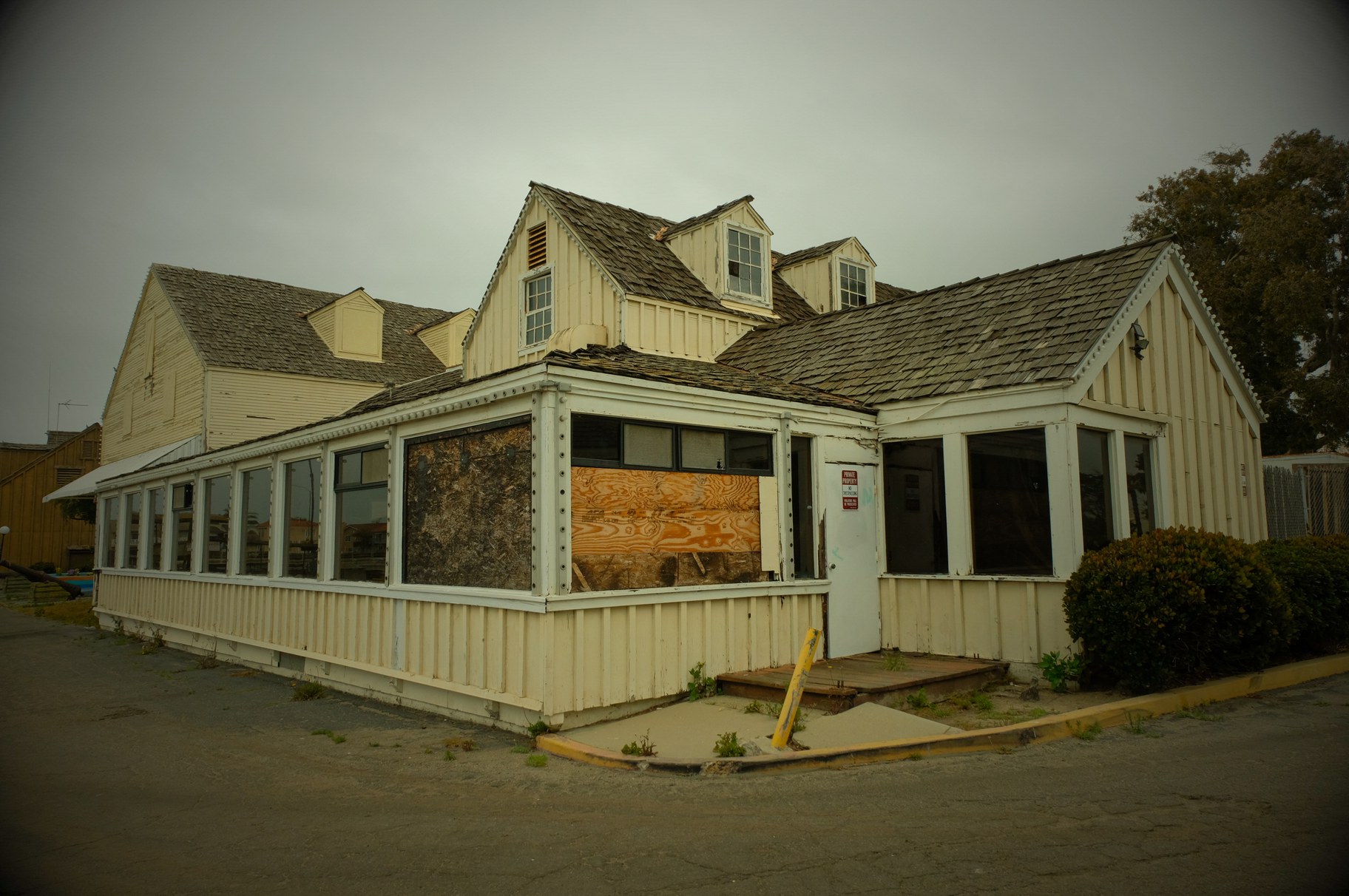 However, many residents don't want dense housing in Oxnard. Local Not in My Backyard groups have worked to fight off new development of apartment complexes and duplexes around the city.

“People often forget about the farm workers who are the essential workers that want to feed everybody. And they need to be sheltered. And you can’t say that just because all of these properties are nice properties near the ocean that somehow the only people that can live there are people that are wealthy. No, these are the people that are out there picking our food every day so that people can eat. God knows they deserve decent and accessible shelter also,” says Dolores Huerta, a renowned civil rights activist.